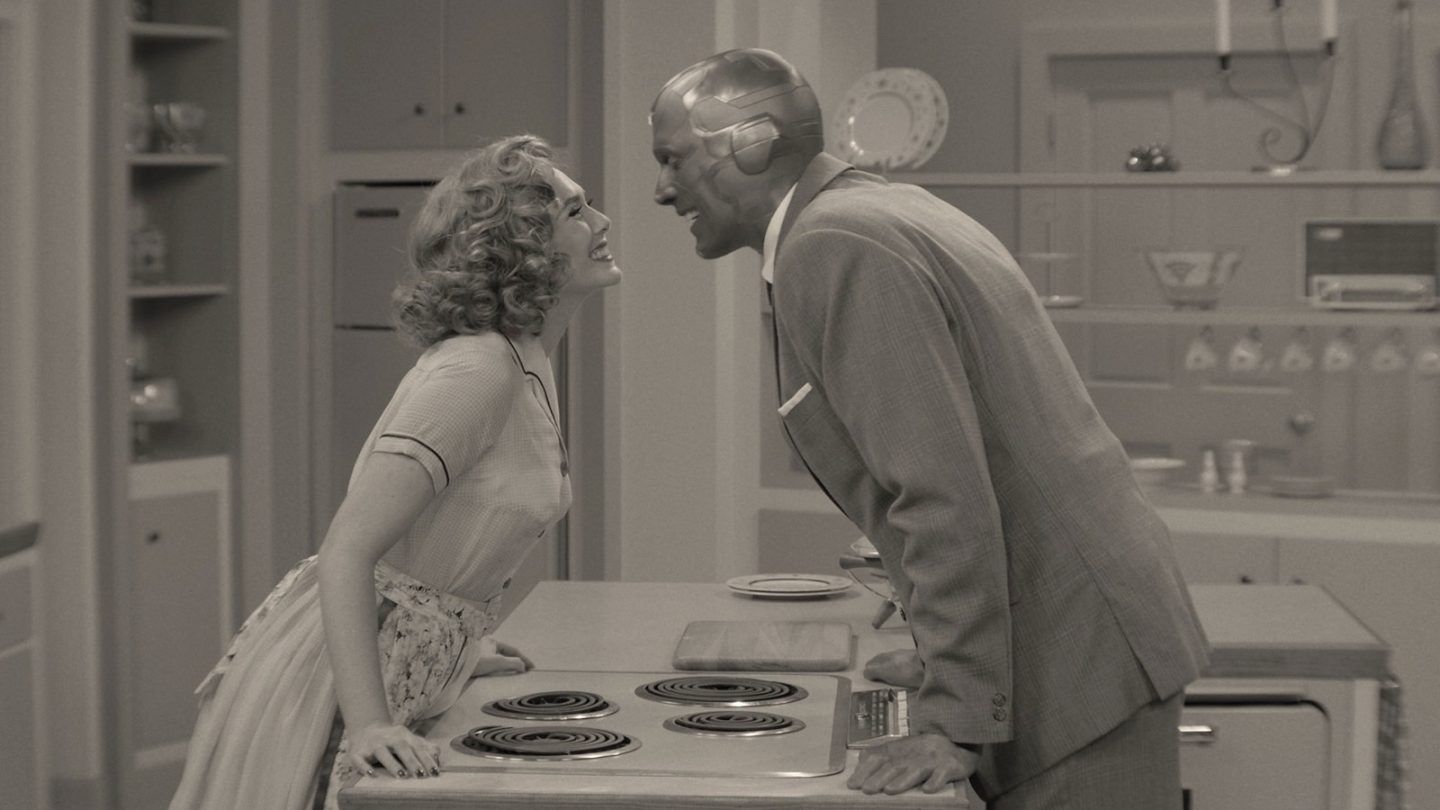 WandaVision is the new MCU show to watch right now. Well, it’s the only new MCU show so far, as Marvel has just kicked off its Phase 4 slate. The TV show is streaming online, with Disney+ releasing a new episode each week. The first two installments saw great reviews, as fans seemed to appreciate the new slow-burn Marvel mystery that debuted with an unusual sitcom-like setting. We’ve known from the trailers that Wanda and Vision will somehow experience life together in some sort of universe based on popular sitcoms.

It’s unclear how or why Vision is back, but this universe can’t be real. The first two episodes did little to point us in the right direction, driving plenty of speculation online about what’s happening to Wanda and who the villain(s) might be. We saw plenty of purported leaks so far detailing various elements of the WandaVision plot, and we showed you how Marvel might have hidden a major spoiler in plain sight. A Marvel insider who has provided several details about unreleased movies and TV shows might have spoiled a few key WandaVision secrets — beware, some major spoilers follow below.

A person named Roger Wardell revealed on Twitter several Endgame details well before the film premiered. He then posted on Twitter additional Marvel leaks. His messages were sporadic, but he kept posting with regularity before going silent. A second Roger Wardell appeared online at some point after that, continuing the same series of Marvel leaks. Many people have wondered whether the second account was genuine or whether someone was spoofing the original leaker.

In December, the new Wardell posted a few tweets about the WandaVision, which would premiere nearly three weeks later.

December 26th: In order to not arouse any suspicions and to blend into the community, Wanda and Vision will pretend to be a stage magicians known as Glamor and Illusion.

December 28th: Wanda is using a type of energy emanation to alter reality and influence the actions of people who suround her. She can make their lives completely static or grant them some anusual abilities. So called Vision will get the chance to become a character known as Whizzer.

December 28th: There is no such a thing as Vision per se. It will be revealed that he is something else. WandaVision will introduce multiple villains with Mephisto and Grim Reaper being the main antagonists of the series.

While none of this could be verified in December, Episode 2 confirmed last week that Wanda and Vision would indeed play stage magicians Glamor and Illusion. That made some people think that the new Wardell is the same Wardell who revealed Endgame secrets. Others speculated that it might have all been a lucky guess, given that Glamor and Illusion are characters in the comics.

Wardell continued his Marvel leaks in January, including details about WandaVision that were dropped after the two-episode premiere on January 15th, including a few amazing claims:

January 18th: Wanda’s seemingly perfect marriage will be put to a test as Vision is about to become the object of Dottie’s affection.

January 18th: Wanda will create her own version of Avengers by the end of the series and finally embrace her true self by using one of her classic hex-casting powers.

January 20th: Promising actor is bewitched by Wanda who convinces him to sign the multi picture deal. Simon Williams gets to play a role of the lifetime which will not only cost him his memories but also his self-identity.

Having Dottie interested in Vision romantically would add another layer of depth to the relationship between the two Marvel superheroes and the inner workings of Wanda’s mind. After all, none of this is real.

The claim that Wanda will create her own version of Avengers by the end of the series is fascinating, if real. A different, unverified WandaVision plot leak also said that Wanda would assign powers to the people of Westview.

But that name, Simon Williams, is also exciting. We’ve already explained how Marvel has teased that the Grim Reaper would be one of the show’s villains. In the comics, the Grim Reaper is the brother of antagonist-turned-hero Wonder Man. The latter is named Simon Williams. Marvel also featured a Wonder Man poster in a WandaVision featurette following the premiere.

Marvel wanted to have Wonder Man in the MCU before, with the character supposed to appear in Guardians of the Galaxy at one point. Those plans were ultimately killed. If Wardell’s claim is real, then Marvel will introduce Wonder Man differently in the MCU. The tweet also implies that Williams is already in Westview, but what would be the role of a lifetime? Could he be Vision?

The real-life actor who played Vision in the MCU did say in a recent interview that he gets to play with a surprise actor in WandaVision he always wanted to work with. But Paul Bettany never told us who that person is. Episode 3 will be released on Friday, at which point we’ll hopefully learn more details about what’s happening to Wanda.