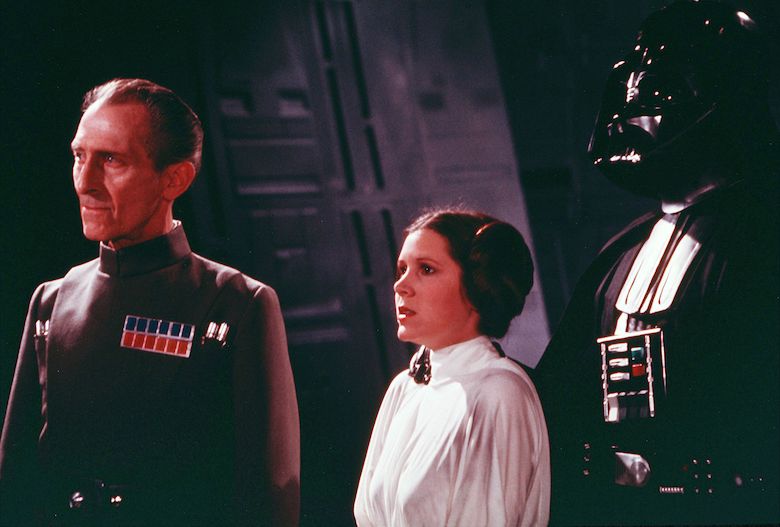 Although the reaction to Rogue One: A Star Wars Story hasn’t been as overwhelmingly positive as it was for The Force Awakens, the vast majority of critics found the first Star Wars spinoff to be a worthwhile addition to the franchise. But despite the generally positive consensus, fans are split over a few controversial decisions.

[If you want to avoid any potential spoilers, you might want to bookmark this post and return to it after you’ve seen the movie (or once you’ve decided that you’re definitely not going to pay to see it in theaters.]

The most significant of those controversial decisions was to make Grand Moff Tarkin a major player in the story of Rogue One. That on its own wouldn’t have been much of a surprise, considering how important he was in A New Hope, but rather than cast a new actor to replace Peter Cushing altogether, Lucasfilm filmed actor Guy Henry with motion-capture tech on his head and then digitally recreated Cushing’s face over Henry’s in post, thus bringing the character (and the actor) back to life.

Lucasfilm had back up plans if the digital recreation didn’t mean the studio’s standards, such as “Tarkin participating in conversations via hologram, or transferring that dialogue to other characters,” but the end result was effective enough that the studio didn’t have to change its plans. Instead, it revived the old Tarkin.

Regarding the “slippery slope” that could result from bringing dead actors back to life through CGI, visual effects supervisor and Rogue One co-writer John Knoll told the Times that he doesn’t imagine this becoming a common practice — in Star Wars or in the industry as a whole:

“This was done for very solid and defendable story reasons. This is a character that is very important to telling this kind of story. It is extremely labor-intensive and expensive to do. I don’t imagine anybody engaging in this kind of thing in a casual manner.”

He added that the studio has no plans to digitally bring anyone else back to life in future movies at the moment either, and that the inclusion of Tarkin “just made sense for this particular movie.”

Of course, Tarkin wasn’t the only original trilogy character to appear in Rogue One. If you want to know more about the other familiar faces that made their way into the Star Wars spinoff, read the full piece.