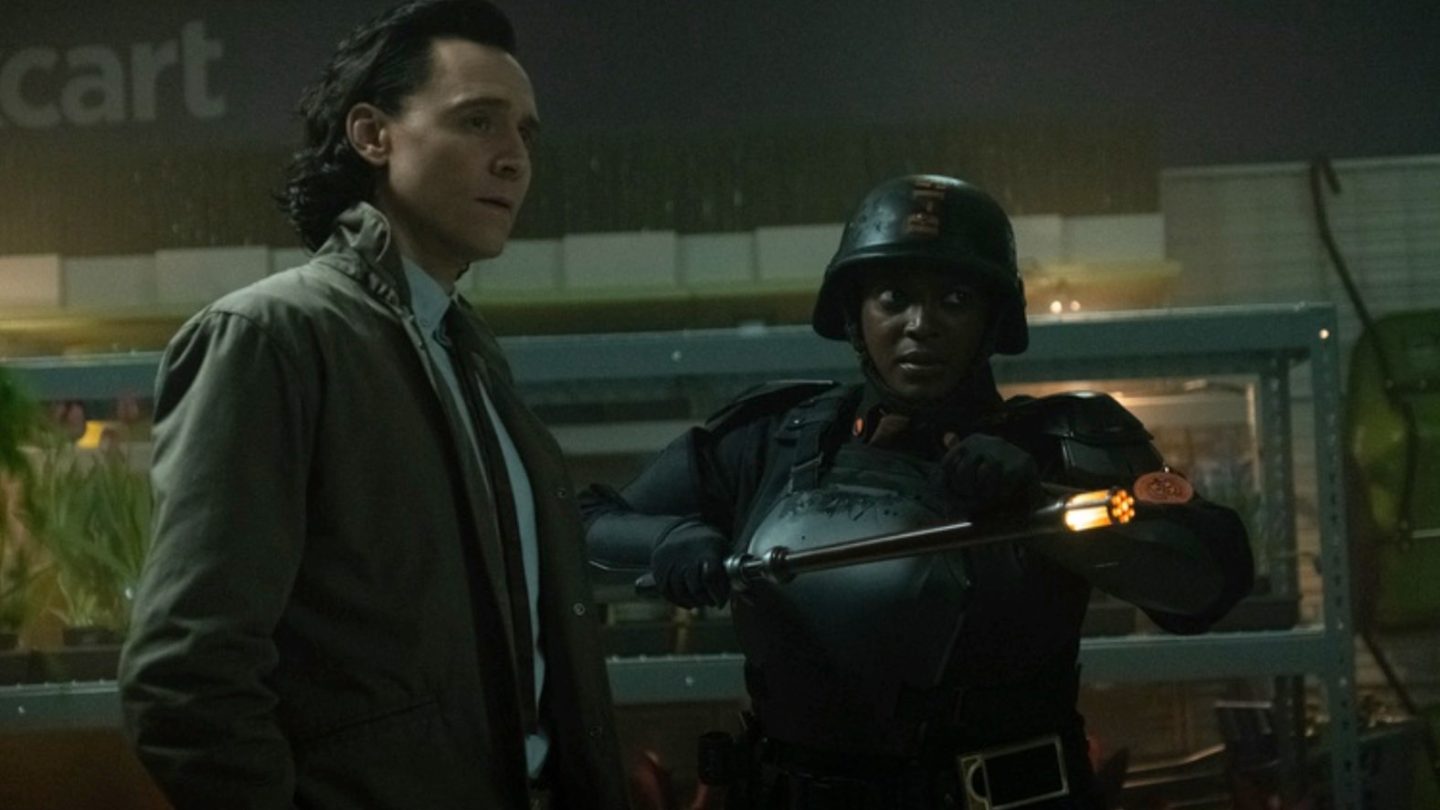 One of the best things about having Marvel’s show launch on streaming is having the ability to pause, rewind, and then rewatch any scenes that blow your mind. You feel like you need more time to process what you just saw. Just think about all those Avengers: Endgame moments you wished you could rewatch immediately after the premiere. It wasn’t just the fantastic action on the screen. Endgame introduced several concepts about time travel that we weren’t familiar with. Everything said and done concerning time travel and multiple realities needed more scrutiny. We only got to do that once the film hit digital release and started streaming online.

With Loki on Disney+, stopping playback and rewinding is mandatory, mostly to understand what’s going on with the Sacred Timeline and how the Time Variance Authority (TVA) manages it. Episode 2 just delivered a few such moments, including an event that could easily the first mind-blowing MCU development of in the TV shows released on Disney+ so far. As always, major spoilers follow below, so make sure you watch Episode 2 before going forward.

We’ve explained after WandaVision that the key to watching MCU TV shows on Disney+ is not to expect too much from them. They’re stories that provide more context about some of our favorite characters, especially heroes that do not get that much screen time in the movies. Marvel even explained that the TV shows will not be mandatory to understand what’s going on in the movies, implying the main storyline will not see major developments in the shows, nor will we get major cameos and new hero and villain introductions.

After The Falcon and the Winter Soldier, I told you the show is a “must-watch” in my list of MCU adventures to understand how Sam Wilson accepted the Captain America role. Two Loki episodes in, and I already think the show will be a must-watch TV series for what’s coming in the MCU in the near future. Episode 1 explained the Sacred Timeline and how The TVA resets and prunes Nexus events and variants — more on that here.

Episode 2 expanded on that, providing more concepts about how time travel and other realities work, including an event that just blew my mind. After plenty of rewatching key scenes, here’s what we need to remember going forward from Loki Episode 2.

We learned in Episode 1 that the TVA ensures the proper flow of time by repairing all the Nexus events. Episode 2 tells us the Agents and Hunter teams have a limited time to clean up the Nexus events. Touch the red lines marked in the TVA’s timeline monitors that we keep seeing in the show, and the Reset Charges will not work.

That’s what Miss Minutes (Tara Strong) tells Loki (Tom Hiddleston) during his training. Miss Minutes claims that such an event would lead to “the destruction of the timeline and the collapse of reality as we know it.” Unless, of course, the TVA can’t exactly be trusted.

We learned back in Endgame that you can’t go back in time to change the future. We’re not playing by Back to the Future rules. Early in Episode 2, Marvel gives us a variation of that in terms of the TVA’s ability to reset the alternate branches.

Mobius (Owen Wilson) explains to Loki that the TVA can’t go back in time before an attack. “Nexus events destabilize the time flow,” he says. “This branch is still changing and growing, so you gotta show up in real-time.” I find this explanation still lacking, as the TVA team hasn’t shown up exactly in real-time in here to prevent the Variant Loki from ambushing a different team of Hunters. But the fact that Nexus events destabilize a reality branch, forcing it to change and grow, is something we’ll have to keep in mind for later.

The Reset Charges “prune the affected radius of a branched timeline, allowing time to heal all its wounds,” Loki recites, bored to death with these intricacies. He says it’s all a nice way of saying that the charges disintegrate everything in their vicinity. It’s unclear how large this vicinity is, although we do see the charges going off later in the episode.

We learned in Episode 1 that the TVA has collected a massive number of Infinity Stones from its Nexus resets and speculated that the Avengers’ understanding of the Stones might be flawed. The Stones might not have to be present to bring order to chaos. A BGR reader (hat tip B.L.) speculated that the charges would erase the branched reality completely, allowing only the TVA-approved reality to go forward. The out-of-place Infinity Stones that the TVA files as evidence would be disconnected from universes that don’t exist, and therefore would be inactive.

Loki’s understanding of Reset Charges seems to imply their explosion is limited. It’s still unclear how widespread their “pruning” is. But we learn at the end of the episode that the stolen Reset Charges can be used to create brand new reality branches themselves.

We do see a TVA Reset Charge in action. It destroys everything in its vicinity and eliminates the entire branch from the screen.

TVA Secrets and the End of Time

With each minute that goes by in Loki, I get the feeling that the TVA might not be what its workforce thinks it is. Loki discovers that TVA data is not accessible to him to help with the case, such as the files pertaining to the creation of the TVA. The same goes for all files pertaining to the beginning of time and the end of time. This is classified information. And, wait a minute, the TVA already has data on the end of time?? What would that be, and what would it look like?

We learned in Episode 1 that Nexus events happen all the time, as regular or heroic characters who diverge from their predestined path. Whenever it happens, the TVA has to intervene quickly and reset the alternate timeline. But it’s clear from Endgame that the TVA does allow for other realities to exist, like the timeline where Thanos (Josh Brolin) moves forward in time from 2014 to 2023 to die at the hand of Iron Man (Robert Downey Jr.). Or like the timeline where Steve Rogers (Chris Evans) gets to retire in the past in the years following the Second World War.

But Episode 2 tells us that if you mess with the timeline at a point in time where cataclysmic events happen, then that would be a Nexus event that doesn’t trigger a Nexus reset. The TVA would have no way of knowing someone is altering reality in that time and place, which is where the “bad” Loki variant likes to hide.

Lady Loki (Sophia di Martino) used all those Reset Charges that she stole from different timelines to attack the TVA and spawn multiple Nexus events that would need immediate addressing. As we’ve learned before, the TVA Hunters and Agents have a limited time to intervene in each of those branches. If they reach a certain development, they can’t be reset. If Miss Minutes is correct, then allowing branches to hit that red line would lead to the collapse of the universe. Unless, of course, that’s just propaganda.

We know from Episode 1 that if the timeline sees multiple Nexus events, madness ensues. Unless, again, this is all propaganda to control the TVA employees and all the variants they have to deal with.

What’s interesting from Episode 2’s finale is that Lady Loki set very specific Reset Charges in time. We know from the screen above that she targeted plenty of locations that we’re already familiar with, including various places on Earth, Asgard, Ego, Hala, Sakaar, Titan, Vormir, Xandar. And the time periods are quite varied as well, going back and forward in time by hundreds of years.

This appears to be a well-choreographed attack whose purpose might be to ensure that additional realities can’t be reset. It’s still a bit too early to tell, but Lady Loki might have just set in motion the events that will make the multiverse “madness” possible, starting with Spider-Man: No Way Home and Doctor Strange in the Multiverse of Madness.