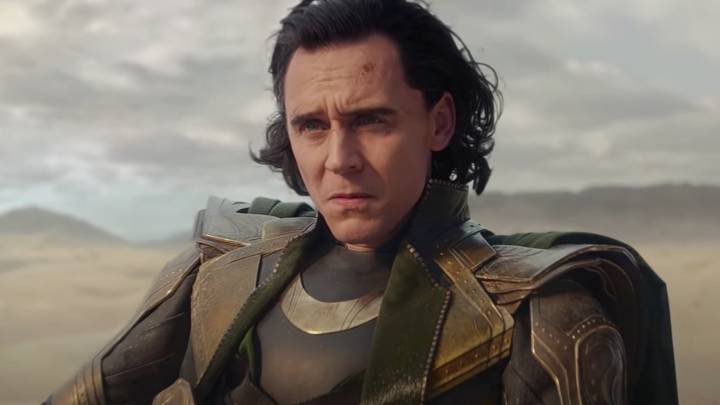 We’ve been telling you that Loki would be one of the most exciting TV shows of the MCU Phase 4, and it appears that’s exactly what’s happening. According to early estimates, the first Loki episode broke all MCU records on Disney+ so far, with 890,000 US households watching in on the first day alone. The Falcon and the Winter Soldier and WandaVision were viewed in 759,000 and 655,000 homes on day one, respectively.

Episode 1 started in the best way possible, immediately addressing the question that we wanted to answer most after what happened in Avengers: Endgame. We’ve already explained how the first Loki installment solves several Endgame mysteries, but it also raises new questions that will have to be answered by the end of the first season’s run. Episode 1 raised another unexpected question towards the end, which has enormous implications for the MCU. For starters, it might have unearthed the biggest possible lie in Endgame. Before we tell you what it is, I’ll warn you that massive spoilers follow below, so avoid reading any further until you’ve caught up with episode 1.

An interview with Loki head writer Michael Waldron a few days ago said that the new Marvel TV show would explain time travel in the MCU better than Endgame. That was easily the most significant controversy about the huge Avengers film. Fans debated for years about how the timeline works once someone disrupts the regular course of events, especially when discussing Steve Rogers’ retirement. Marvel officially explained that Steve (Chris Evans) had moved to an alternate reality where he lived happily ever after with the love of his life.

Waldron dropped a significant gem about Loki’s time travel, saying that Endgame’s explanation of time travel “is the way the Avengers understand it.” And we, the audience, understood it exactly as the characters did. It’s all subjective, and it can be wrong. If that’s the case, then other details about how time and space work in the MCU might be incorrect as well — at least, the Avengers’ understanding might be wrong.

Towards the end of episode 1, Loki (Tom Hiddleston) cleverly escapes his captors and manages to get back the Tesseract (Space Stone). At this point, he stumbles upon an unexpected stash of relics that are being processed as evidence, seen in the screenshot below.

We’re looking at multiple copies of Infinity Stones sitting idly in a drawer. They’re useless at the TVA’s headquarters, and the guys joke of them being paperweights. This is when Loki realizes that any resistance is futile. The Infinity Stones are no longer the most powerful forces in the universe, as we were led to believe. The TVA supersedes them. It’s at this point that Loki comes to terms with his new fate, and it’s at this point where we start asking questions.

Where did the TVA get so many copies of the Infinity Stones? That’s relatively easy to answer. They probably got them from variants like Loki, who caused Nexus events that required TVA intervention. The TVA took everything from Loki when processing him, including the Tesseract. They reset his timeline but did not bother to take the Tesseract back to that reality.

The vast collection of Infinity Stones in the drawer above proves that the TVA deals with plenty of Nexus incidents, and therefore the multiverse must be quite vast. All those Stones were never returned to their rightful places — or the TVA created copies to replace them.

But this brings us to an even more important question: what happens to a timeline in the multiverse if it lacks one or more Infinity Stones? For example, Loki’s reality now lacks a Tesseract. But since there are so many paperweights in TVA possession, it means plenty of realities are going forward without access to one or multiple Infinity Stones. Yet, those timelines are flowing in a pre-approved direction of events. Chaos must not have taken over.

In Endgame, the Ancient One (Tilda Swinton) explains to Bruce Banner (Mark Ruffalo) that removing an Infinity Stone from its timeline will lead to chaos. It’s why the Avengers return the Infinity Stones they stole so that other universes don’t have to suffer unfathomable consequences.

Was all of that an unintentional lie? Loki episode 1 seems to imply that’s the case. All those Infinity Stones that have no power at the TVA’s headquarters were taken from different realities, so those realities should be overrun by the forces of darkness. That’s when Waldron’s tidbit above comes to the rescue. The Ancient One’s understanding of reality might be flawed. Maybe the Infinity Stones do bring some balance to the flow of time, but they might not be required to preserve its integrity. That’s probably why the TVA didn’t bother returning those Stones to their rightful places — or they did, and these are copies.

Not to mention that Casey (Eugene Cordero), who doesn’t even know what fish are, has his evidence cart that contains all those extra Stones pruned out of existence. And nobody cares that they’ve just destroyed a few dozen Infinity Stones and other paraphernalia belonging to newly arrested variants. The fact that Casey is processing so many Infinity Stones all at once must mean the TVA is dealing with that many variants who branched their realities while manipulating Stones, not just Loki. This implies the Sacred Timeline is actually made up of numerous timelines, something we’ve already been suspecting.

Whatever the case, the Infinity Stones are no longer essential to the MCU’s main storyline in the future. In the main MCU timeline, they were destroyed early in Endgame, but we’ve always speculated they still exist at a subatomic level, scattered through space. The TVA tells us there might be plenty of realities that lack at least one Stone.

It’s also interesting to observe that the evil Loki who Mobius (Owen Wilson) hunts isn’t going after Infinity Stones. He’s interested in capturing as many Reset Charges as possible, which the TVA’s Minutemen set off when resetting an unauthorized branch after a Nexus event.

Whether or not the Infinity Stones story the Ancient One tells is an innocent lie, the Infinity Stones do have some value for the TVA. The same episode 1 makes it clear that the natural flow of the Sacred Timeline involves allowing everything to happen that we saw in Infinity War. That includes letting Thanos capture the Stones to abuse their power, and then letting the Avengers, well, avenge everything and restore some order to their reality.

Episode 2, which airs this coming Wednesday on Disney+, will hopefully provide additional details about the TVA’s priorities.