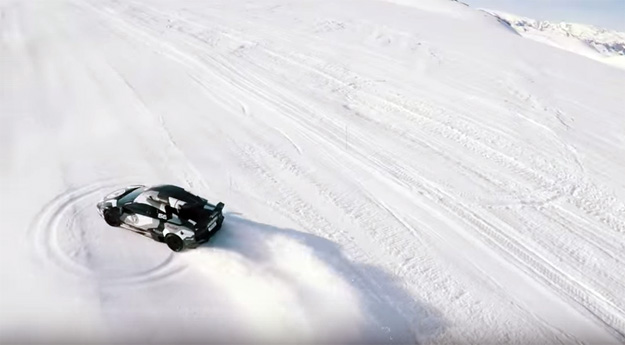 While you were sitting at your desk in an office or at school earlier this month, Jon Olsson was stomping on a gas pedal inside a heavily customized Lamboghini Murcielago and doing donuts on a glacier. It’s OK to be jealous — I am too.

I’m not positive since I’ve never tried it myself, but I’m reasonably certain that it’s physically impossible to speed around a glacier in a Lamborghini without making this face:

Olsson floors it on the straightaways and really opens up the Murcielago’s V12. Straightaways are no challenge for brand new snow tires though, so he also navigates a slalom course at high speeds and then does a bunch of donuts. The whole thing was filmed from above by drones and, needless to say, sponsored at least in part by Red Bull.

Watching the video obviously isn’t nearly as fun as filming it was, but we’ll just have to make do.