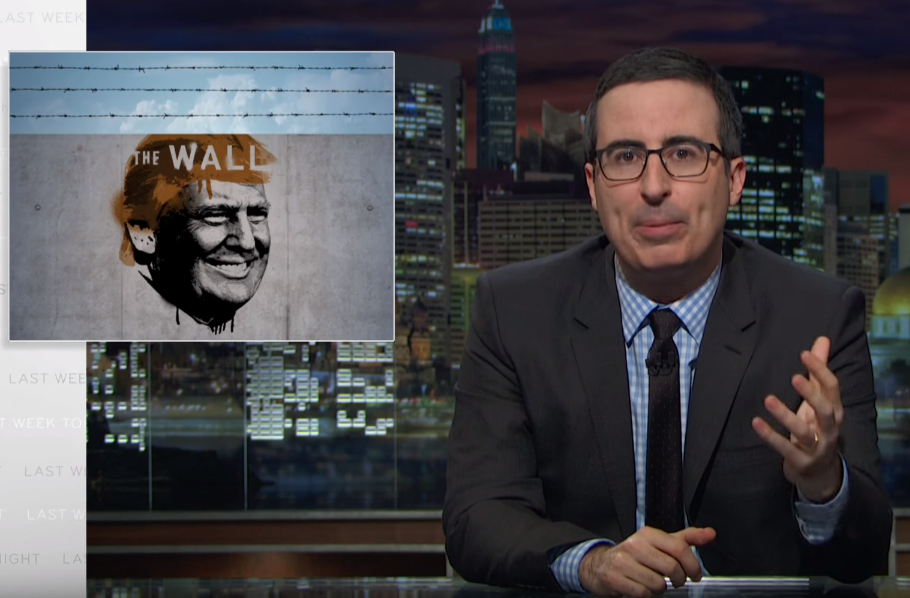 Republican presidential frontrunner Donald Trump’s signature proposal is to build a “big, beautiful wall” along the U.S.-Mexico border to keep out illegal immigrants. Given this, John Oliver decided to take a closer look at the logistics of building such a wall and in the process he roasted the central premise of Trump’s campaign.

First, Oliver notes that Trump at times will talk about the proposed wall in a way that’s almost sexual.

“Donald Trump wants to build a wall along the U.S.-Mexican border and based on his tone he also wants to f— that wall,” Oliver said.

Next, he notes that Trump’s estimate for how much it would cost to actually build the wall keeps increasing — at the start of his campaign, he said that it would cost a mere $4 billion but more recently he’s said it would cost in the neighborhood of $12 billion. As Oliver points out, Trump’s margin of error here “is the entire GDP of Moldova.” In fact, one baseline estimate for the wall pegs its construction costs to be at least $25 billion, and that’s without even factoring in the significant maintenance costs that would come after the wall is built.

Oliver also explains that building the wall along the Mexican border will prove difficult because the Rio Grande snakes through a lot of the area where the wall would have to be built. Additionally, the government in Texas does not own a buffer strip of land along the U.S.-Mexico border — instead, a lot of that land is held by private citizens, which means Trump would have to seize their land via eminent domain to build his big, beautiful wall.

Oliver then points out that a wall wouldn’t actually do much to solve illegal immigration, as nearly half of all illegal immigrants in the U.S. entered the country legally and simply overstayed their visas.

In short, the wall sounds like an expensive boondoggle that would require seizing land from property owners in southern Texas and that wouldn’t even solve the illegal immigration problem.

Check out the whole segment for yourself below.