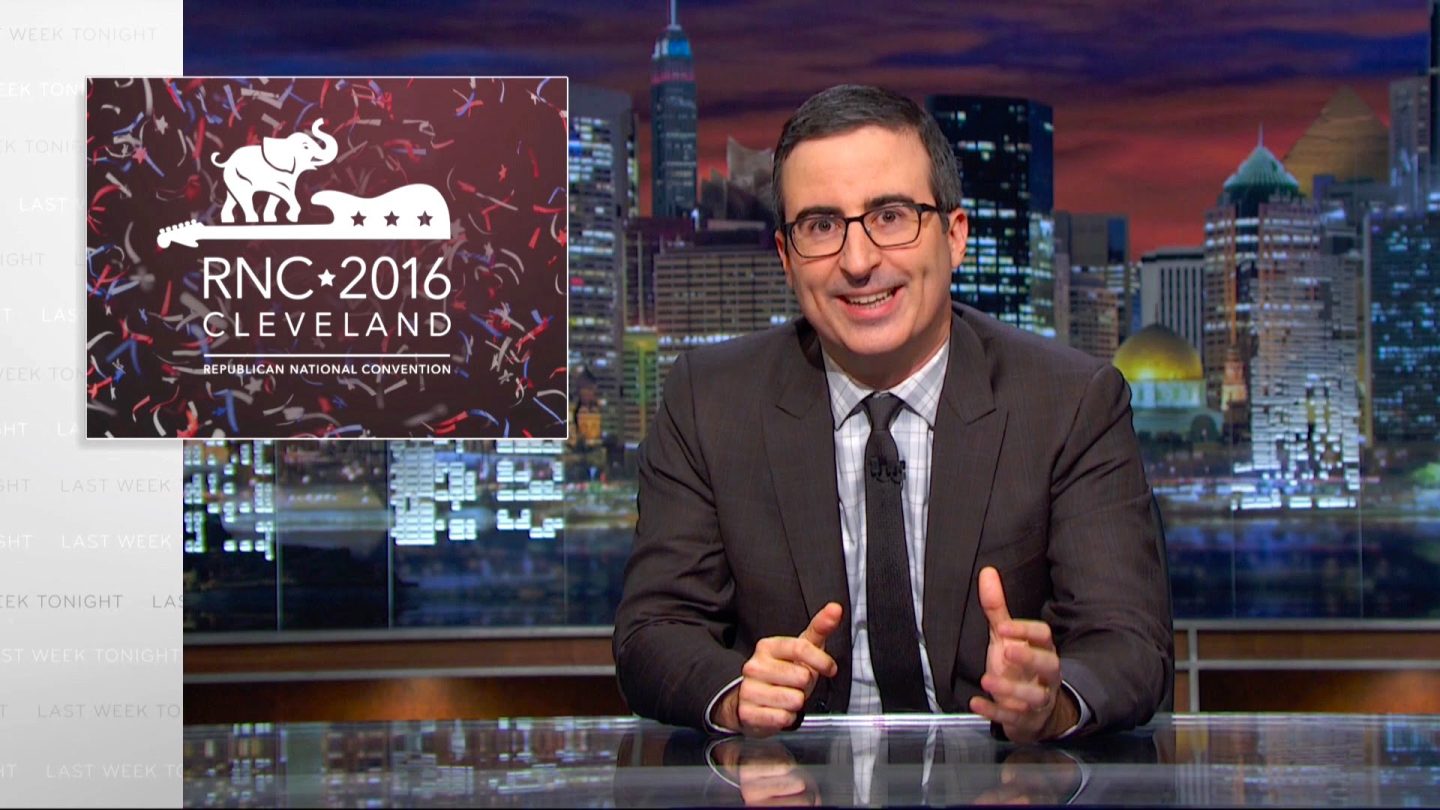 After taking an extended summer break, Last Week Tonight returned on Sunday night to tackle the Republican National Convention. As you might expect, John Oliver was both incredibly amused and evidently horrified by the proceedings. Chances are you’ve already gotten your fill of RNC coverage over the past several days, but this is still worth a watch.

“The Republican National Convention in Cleveland — the most apocalyptic thing ever to happen to that city… and bear in mind their river has repeatedly caught fire,” said Oliver to kick off his RNC-focused segment:

He covers Melania’s plagiarized speech, Rudy Giuliani’s rant, Ted Cruz’s dissent and the GOP’s now-defunct plan to attract minority voters by emphasizing an inclusive message (rather than one of turning away immigrants). But the best part of the segment has to be when Oliver unearths a truly terrifying, prescient clip from a DVD extra of The Apprentice.

The RNC was definitely the primary talking point for Oliver last night, but there was another segment that HBO decided to share with its online audience as well:

Not a song I’m going to put on my iPhone any time soon, but pretty clever.