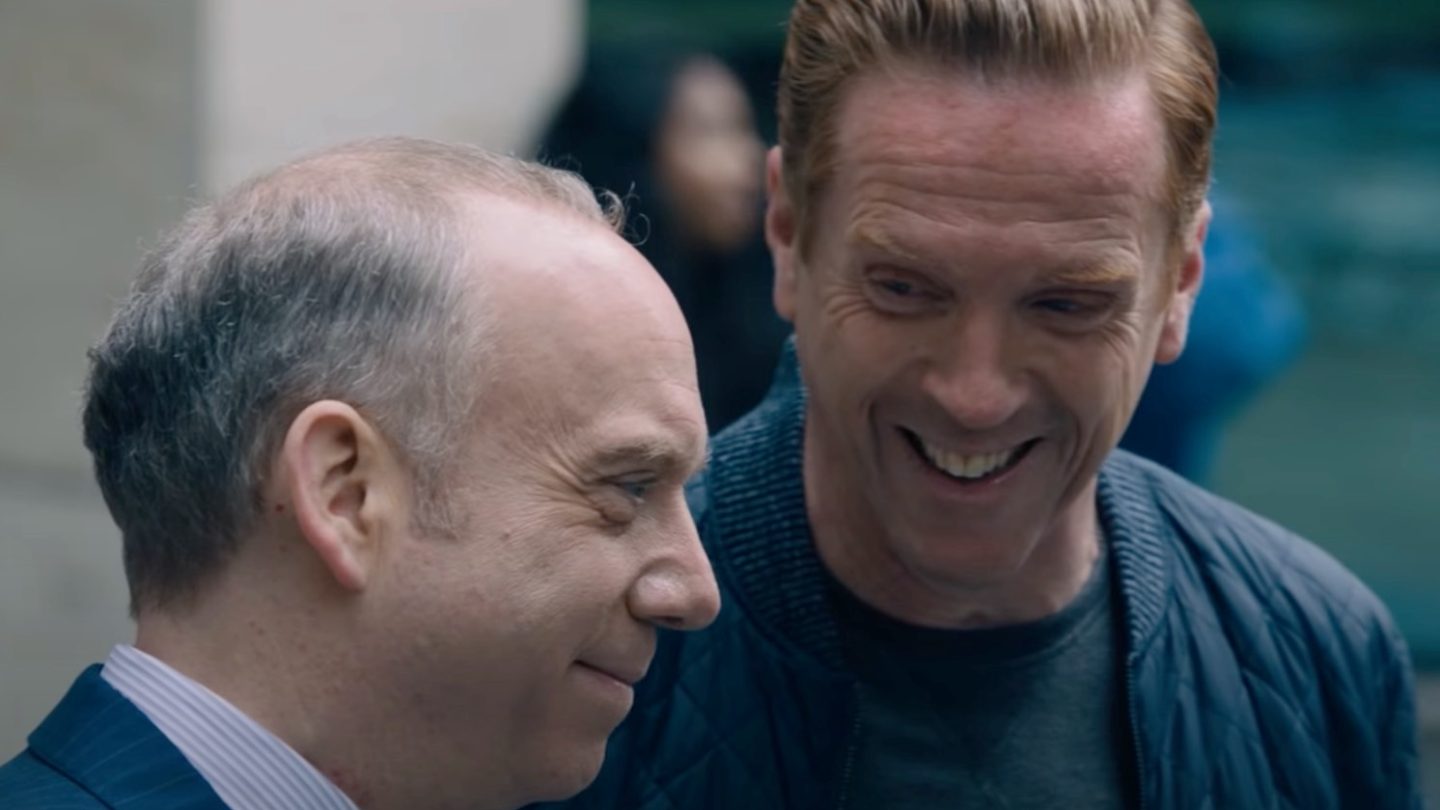 Another chapter of the massive cat-and-mouse war we’ve experienced for several years now has just come to a close. The season finale of Billions season 5 delivered another fantastic twist in the fight between Bobby Axelrod (Damian Lewis) and Chuck Rhodes (Paul Giamatti), setting up the stakes for the upcoming season 6. However, this wasn’t the finale long-time fans of the series had hoped for. Rhodes got a major win over the opponent he probably hated most in his long career as Attorney General. But Axelrod still managed to have the last laugh, a bitter-sweet victory for Lewis’s fans. The actor has exited the series, but he might still appear in Showtime’s Billions season 6. And we already have a teaser for the kind of fight between titans we’re to expect next season. Beware, spoilers follow below.

Season 5 finale has a huge twist

From the first episode of Billions, it’s clear that taking sides in the Rhodes vs. Axelrod fight will be incredibly difficult. You’d switch back and forth between the bad guy and the good guy, rethinking your definition of bad and good in the process. That’s what makes Billions so great and what will hopefully drive the series forward as successfully now that Corey Stoll has stepped up to replace Damian Lewis.

Bobby Axelrod might have deceived Chuck & Co. by escaping to Switzerland. But it was only possible because Stoll’s character Price helped with that. Prince took everything from Axe, of course, giving Bobby a true taste of defeat in the process.

It was heartbreaking for fans to see everything go down in the Billions finale. But the way it all ended seemed to suggest that Bobby Axelrod still has what it takes to get it all back.

Billions season 6 will have Bobby Axelrod in it

Sadly, the trailer for season 6 made it clear that the focus will shift towards a different kind of fight. Rhodes isn’t done pursuing billionaires, and he’s about to continue where he left off. Prince deprived him of the win of his life, so Chuck will go after the new titular bad guy of the series.

Showtime’s teaser trailer at the finale’s end makes it very clear that Stoll will replace Lewis. The actor will be joining the cast of Billions veterans for season 6. Almost everyone else is apparently set to return for at least one more season. Hopefully, his character’s looming battle with AG Rhodes will be just as entertaining as the Chuck vs. Axelrod battles so far.

Lewis’s departure from Billions follows tragedy in real life. The actor lost his wife Helen McCrory, who passed away in April after a battle with cancer. This was during the hiatus in Billions season 5 that lasted for more than a year because of the pandemic. Lewis apparently shot scenes overseas following his wife’s untimely death, which explains Axelrod’s COVID-related telecommuting appearances in early episodes.

While Bobby Axelrod will be enjoying Switzerland, we might see him in some of Billions season 6. Deadlines reports there’s a chance Lewis will make an appearance or two in the upcoming season. And this time around, we’ll only be waiting for a few more months to see more Billions drama unfold. Season 6 premieres on January 23rd — check out the full teaser below.