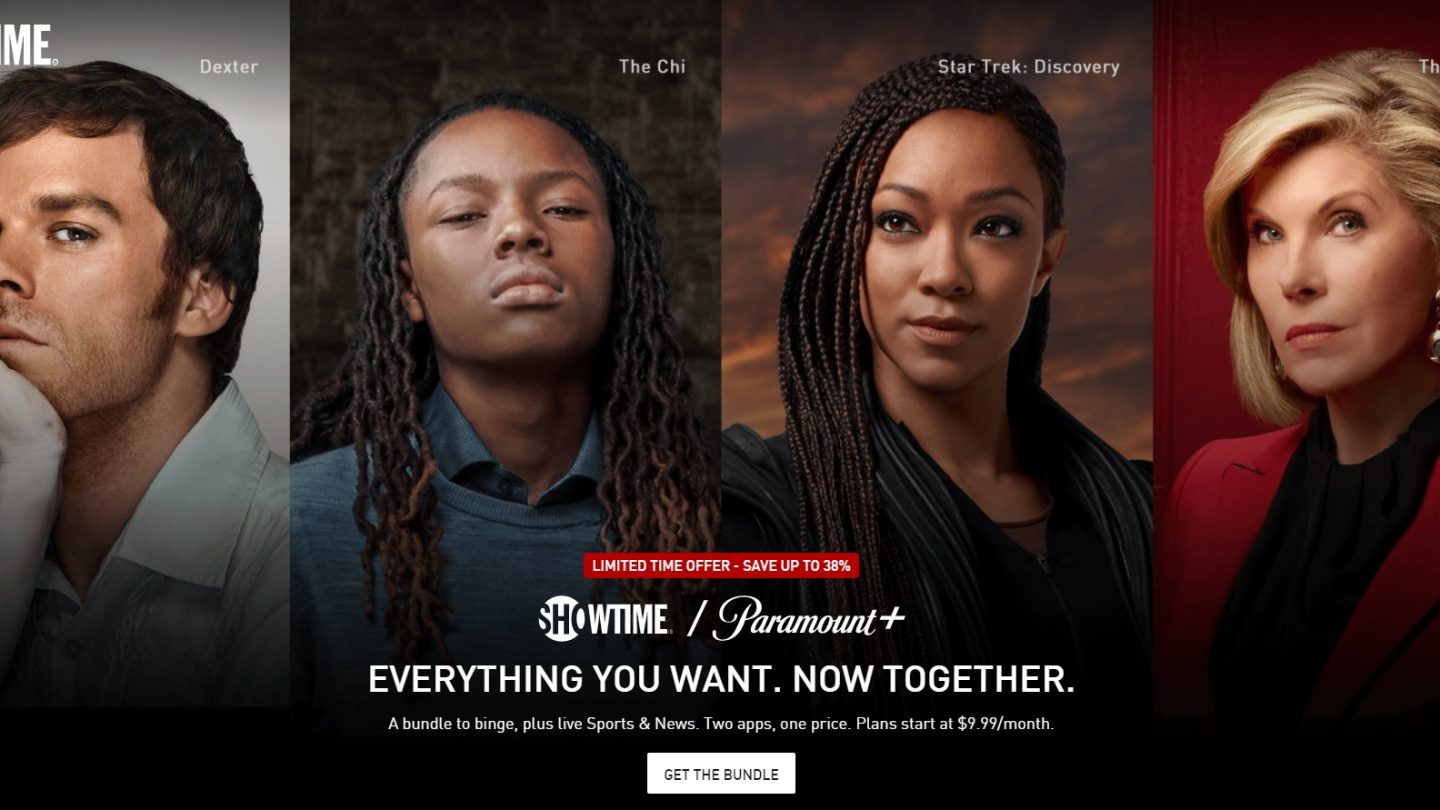 There are now so many streaming services that the average person would never consider subscribing to all of them. Therefore, it’s no surprise that some of the streaming services are sweetening the deal to attract new subscribers. For example, earlier this week, Paramount Plus and Showtime teamed up in order to launch a discounted bundle that includes access to both streaming services.

For a limited time, you can get subscriptions to both Paramount Plus and Showtime for as little as $9.99 a month. The Essential Plan has limited ads, but you’ll be saving $5.99 a month by bundling. If you don’t want ads, the Premium Plan costs $12.99 a month, which is $7.99 cheaper than subscribing to both of the services separately. The Premium Plan also includes access to local news stations and the ability to download your shows to watch offline later.

How to get the Paramount Plus + Showtime bundle

ViacomCBS, which owns both Paramount and Showtime, says that these introductory rates will only be available until October 20th. If you want to lock in the lower rate, you’ll need to act fast. You can do so by going to the Paramount Plus plans page, and selecting “GET IT NOW” at the bottom of the page. This should change the available plans to the Showtime bundles. It’s easy to tell if you’re paying for a bundle or not because the bundles each say “+ SHOWTIME” on them.

Even at $12.99 a month for the ad-free plans, these are genuinely competitive prices. HBO might have more cachet than Showtime, but an ad-free subscription to will run you $14.99. Some of the best current Showtime programming includes shows like Billions, The Chi, The L Word: Generation Q, American Rust, and the upcoming Dexter reboot/sequel, New Blood.

Paramount Plus has original programming as well, but the real draw is the vast library of content from CBS, Nickelodeon, Comedy Central, Paramount Network, MTV, VH1, and BET. Everything from All That to Chappelle’s Show to Cheers to AFC Champions League is available.

If you choose to take advantage of this offer, you will seemingly be locked into the bundle price for as long as your subscription is active (or possibly until ViacomCBS bumps up the price of either service). ViacomCBS has not said what will happen to the price of the bundle after October 20th, but it will almost certainly go up. If you have any interest, this bundle might be worth checking out.