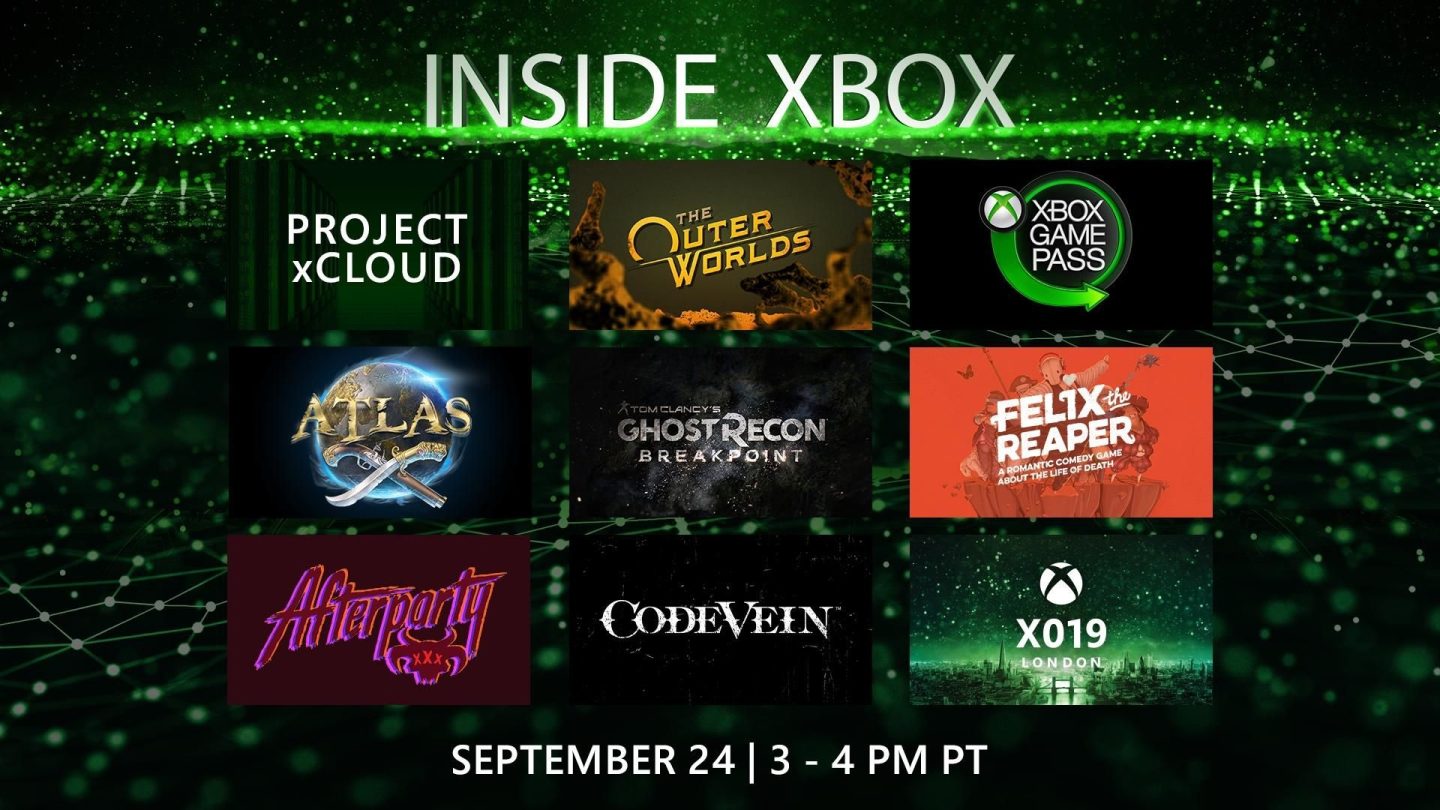 Today has been a surprisingly busy day for fans of console gaming. Just over an hour after Sony wrapped up its latest State of Play live stream, Microsoft is set to hit the airwaves with a new edition of Inside Xbox. Much like State of Play or Nintendo Direct, Inside Xbox is Microsoft’s chance to talk about and show off new games and offer updates on its services, including Xbox Game Pass and Project xCloud, which will soon be available in beta.

The Project xCloud news could possibly make the biggest splash, as Xbox One owners have been anxiously awaiting their opportunity to see if cloud gaming really is the future. We don’t know exactly what Microsoft is going to discuss during the stream, but any news regarding the service will be welcome.

In addition to Project xCloud, Microsoft will also be discussing a wide variety of games, including The Outer Worlds, Atlas, Ghost Recon Breakpoint, Felix the Reaper, Afterparty, and Code Vein. These will likely take up the bulk of the hour-long stream, so if you’re tuning in to see gameplay, you won’t be disappointed:

Finally, we’re also going to hear more about X019, “a global celebration of all things Xbox” being held in London on November 14th. Attendees will be able to get their hands on some of the latest Xbox One games before anyone else. Presumably, we’ll learn which game will be at the event today.

Inside Xbox begins at 3 PM PT / 6 PM ET, and you can watch the whole thing in the embedded video above.

Inside Xbox microsoft Xbox One