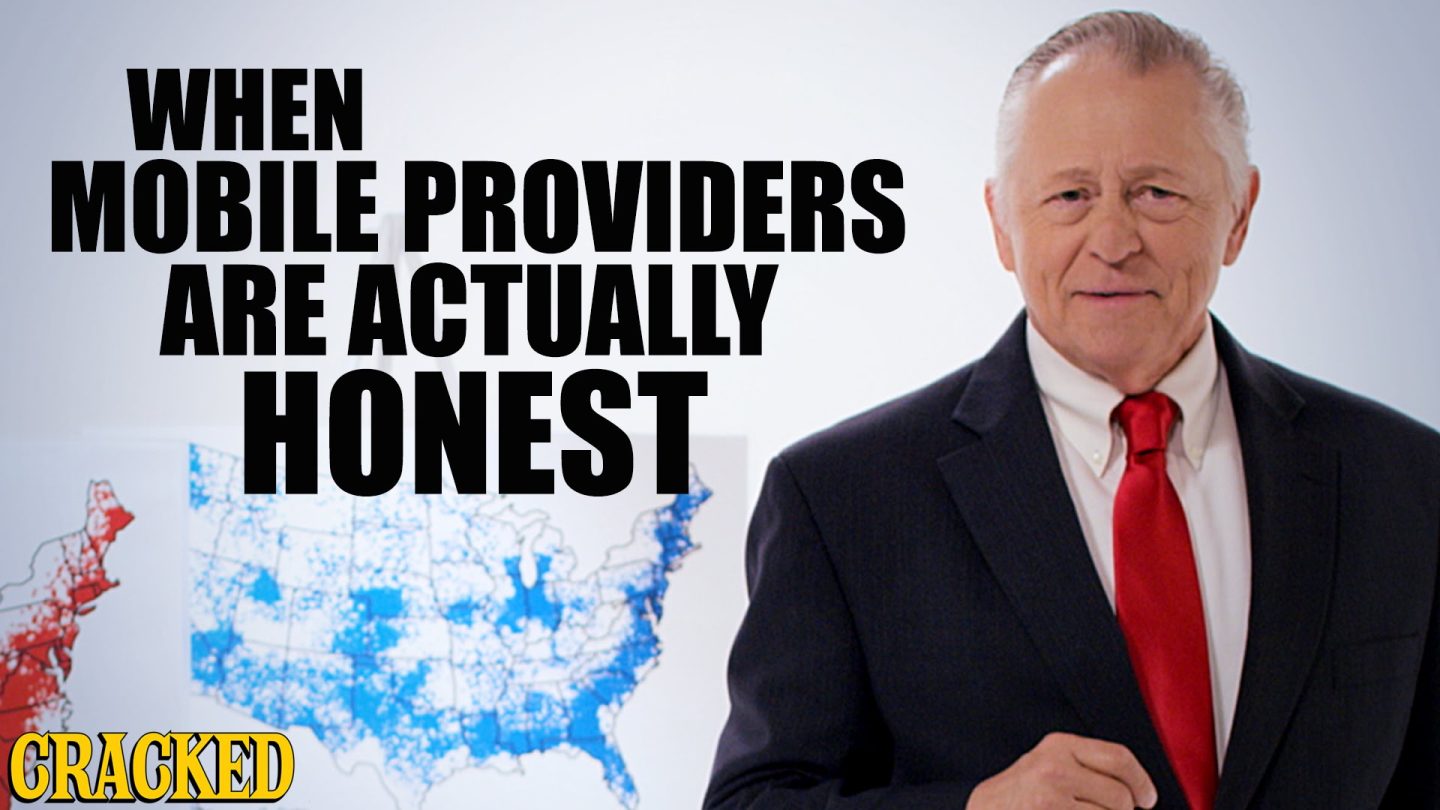 Cell companies expend a lot of time, money, and freebies trying to get you to switch to their service. But what would happen if they ditched the ad firms, and just told it like it is?

Well, for one thing, commercials would be a lot funnier.

Cracked has put together a video showing an honest cell company commercial, in the vein of the old honest cable company. The scene setting is perfect: an older, ostensibly trustworthy salesperson, walking around a while backdrop with a few props. It’s very similar to the Ricky Gervais Verizon commercial that’s still going around, only with slightly different accents.

It’s not just the setting they get right, either. The commercial touches on networks’ use of coverage maps, one of my pet hates. No company ever shows the methodology they use to draw up the maps, and in urban areas, the maps don’t take into account the giant black spots caused by buildings. Those maps really just seem to be a best-case scenario that’s rarely true.

What the fake commercial really nails, though, is how similar all of the networks are. They all claim the fastest speeds and most generous data plans, while ignoring the fact that they must be making all sorts of money in order to offer such generous promotions, or tens of dollars of freebies every week.

Thanks to the lack of real competition in the cellphone industry, things aren’t liable to change any time soon, so you should settle in, get used to ‘Roger’, and try not to think too much about how you’re being screwed.