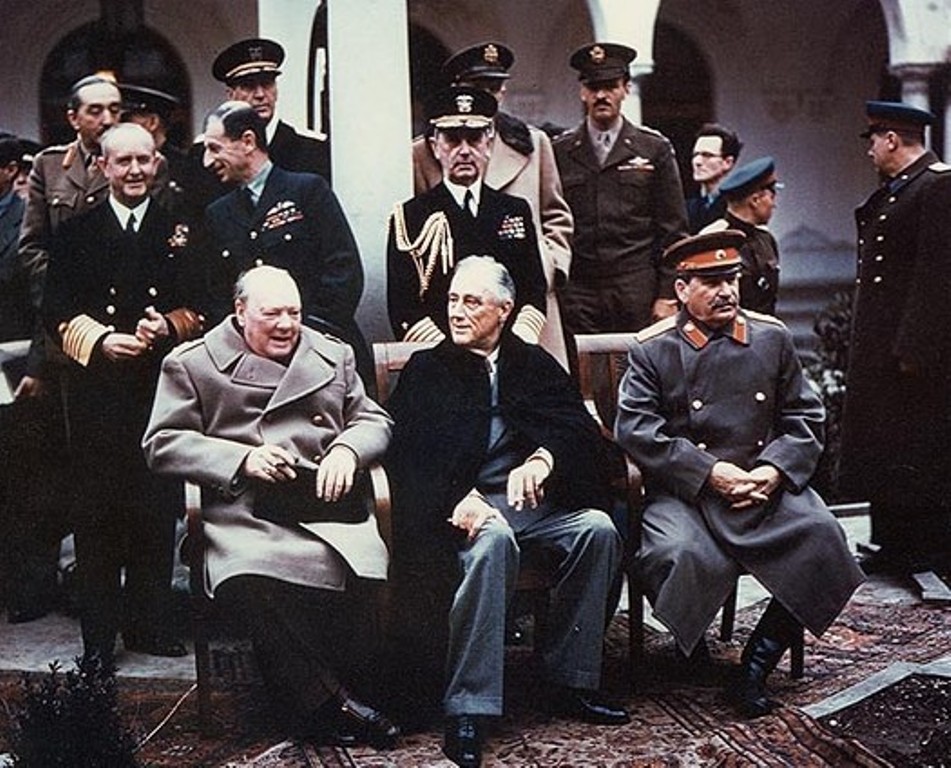 Everyone knows that the Allies tried to kill Adolf Hitler, but the Nazi leader managed to escape virtually unharmed in one almost-successful attempts. What’s not that well-known is that Hitler tried to assassinate his rivals as well, including Franklin Roosevelt, Joseph Stalin, and Winston Churchill. Germany’s secret service put in place a plan whose goal was to eliminate all three leaders in one single blow at the Tehran meeting the three leaders attended in 1943.

DON’T MISS: Samsung’s Galaxy S7 will reportedly take yet another page out of Apple’s playbook

Operation Long Jump: Stalin, Roosevelt, Churchill, and the Greatest Assassination Plot in History is a new book by historian Bill Yenne that tells the story of this failed assassination plot.

The German intelligence agencies learned about the Teheran meeting and crafted a plan whose goal was to eliminate all three heads of state. Otto Skorzeny, the man who successfully led a team of paratroopers to rescue Benito Mussolini from imprisonment, was put in charge of the assassination plan.

Skorzeny’s hit teams would parachute into Iran and then slip into Tehran where they would hide at German safe houses. The teams would include Soviet defectors wearing Red Army uniforms who would then infiltrate into the security detail on the ground to provide intelligence and support for German commandos.

But the Germans were not the only ones receiving good information. The Allies soon learned that there might be a hit in the works thanks to a Swiss-based double agent who worked for the British and the Germans – though he used his access to spy for the British.

Ernst Merser, a Swiss businessman specialized in international trade, was tasked by the Germans to handle the equipment drops in Tehran. However, Merser revealed the plans to his British handlers and he was able to open crates and see exactly what weapons would be used.

On top of that, some of the Soviet defectors in Skorzeny’s group were infiltrated Russian spies. Upon finding out the plans of the daring assassination attempt, the Russian spies passed the information along to superior circles. They then killed the parachutists who landed in Teheran.

The plan may have been thwarted, but the book also imagines a what-if scenario. Had Hitler assassinated the three Allied leaders in 1943, right when the tide of the war was turning against Germany, the Allied countries would have been in disarray. Neither the Russians nor the British had a succession mechanism in place.

The historian speculates that Churchill and Roosevelt’s deaths may also have put an end to the doctrine requiring Germany’s unconditional surrender. Even with new leaders replacing Roosevelt and Churchill, Germany may have been able to negotiate peace and still hold control over much of Europe.

The Operation Long Jump book describing these events in great detail is available at this link – and it’ll certainly make an interesting World War II movie.