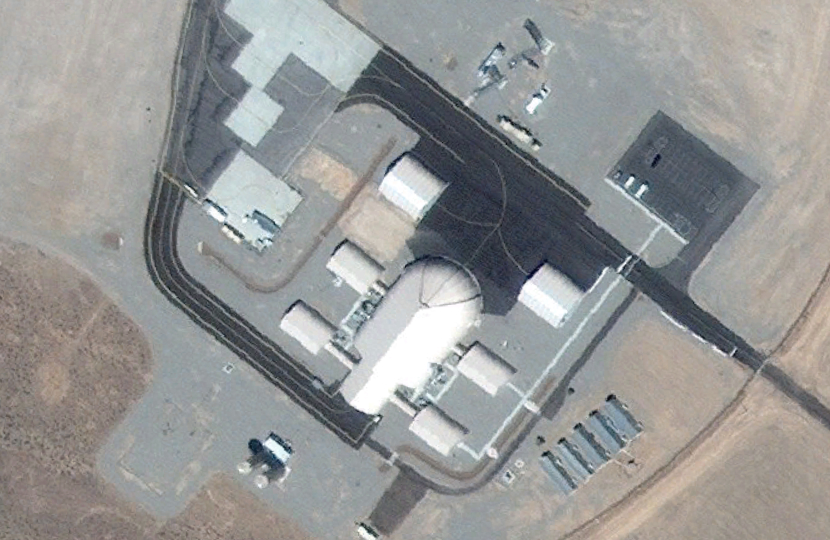 The truth is out there… but can Google Maps find it? In this case, we’re looking at a Millennium Falcon-like UFO that an Internet user found near Area 51 using Google Maps – well, Google Maps’ satellite imagery from Google Earth, if you really want to be specific.

Obviously, we’re going to take everything with a huge chunk of Nevada salt, which is only appropriate when discussing insane conspiracy theories.

For years, alien enthusiasts have theorized that Area 51 is where the government is hiding all the UFOs and aliens it has collected over the years. Now, thanks to the advancements in satellite imagery, we can roam that region of Nevada for ourselves.

UFOlogist Scott Waring found imagery that shows what looks like some sort of research facility being built around a circular object that he believes is a 30-meter UFO. In a YouTube video found by Huffington Post, he explains how to find that location, and how to go back in time to see how it’s evolved since 1998.

According to the UFO hunter, this site is just one of several where the government is conducting alien experiments.

In these images, you can see the circular hangar that supposedly houses the massive UFO. The circular region of the hangar coincides with the shape of the flying saucer. Waring says the government simply built part of the facility around it, but he doesn’t explain why they simply had to give it a round shape.  The four adjacent buildings are supposedly AC buildings whose purpose is to cool down whatever is found inside the main building. There’s also an airstrip nearby, and radar towers.

Hilariously, if you try to use Google Maps’ Street View feature, the little yellow person transforms into a UFO icon, but you won’t be able to actually see anything. It’s safe to say Google’s cars don’t roam these streets.

At the end of the day, these are claims that can’t be backed up by any proof, and we don’t expect the government to acknowledge alien life forms anytime soon. But before you roll your eyes, check out the video below and go for a digital ride inside Google Maps to see it for yourself.