If you want to know how Game of Thrones Season 8 is going to end, the series’ two showrunners are here to set the record straight. Pun intended.

David Benioff and D.B. Weiss have put together a Spotify playlist — Game of Thrones: The End is Coming, which you can access here and see below — that includes an eclectic mix of tunes. It leads off, for example, with Rage Against the Machines’s Sleep Now in the Fire, with other tracks including Led Zeppelin’s Immigrant Song; the Johnny Cash and Bob Dylan duet Girl From the North Country; Howlin’ for You from The Black Keyes; and Kanye’s POWER.

And lest you think this is just a simple marketing tool to continue getting the word out about the final season — well, it is that. But the showrunners also promise that this playlist explains what we all want to know, in a roundabout, hidden way.

“The answer to the ending is one hundred percent hidden in the playlist choices,” Benioff and Weiss told Spotify’s For the Record blog. “No one will believe us, but it’s true.”

“However, sending fans scrambling through a playlist for a secret wasn’t the creators’ intention so much as wanting to share their love of rock, metal, and several other music genres,” Spotify’s blog post continues. “After all, the band Mastodon appeared as zombie wights in the season-seven finale.

“We were looking for songs that made us feel the way the show made us feel,” the show creators told the blog. “There’s variety in there — Rage is not Johnny Cash. But they both have a deep inherent power.” In all, there are 50 songs on this playlist, which also isn’t the first GoT-themed list both men have put together. In 2017, the showrunners also developed the Game of Thrones: Songs of Ice and Fire playlist in tandem with Spotify’s Head of Rock, Allison Hagendorf, as they did for this new playlist.

Speaking of music, we’re also getting Game of Thrones soundtrack of sorts on April 26. Artists like The Lumineers, The Weeknd and A$AP Rocky are all featured on this new collection of songs inspired by the show. 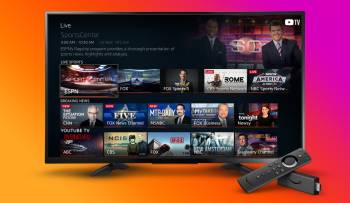