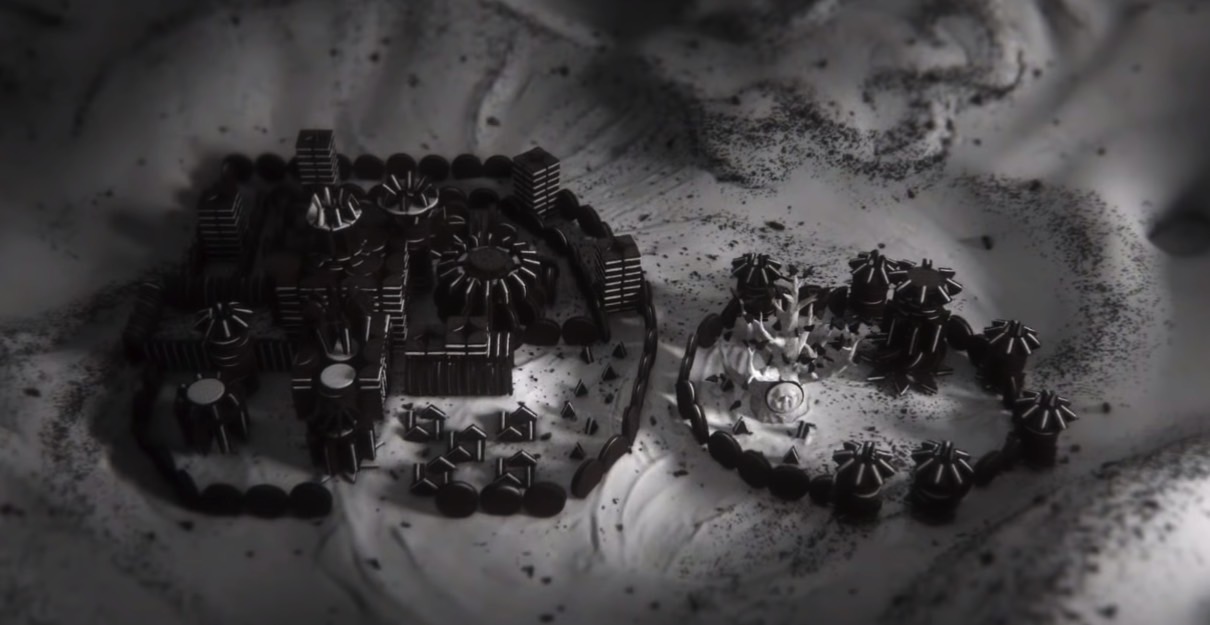 One of the best things about Game of Thrones, and something all fans of the series should be aware of, is the opening credits sequence. That’s because each episode has a unique opening sequence based on what happens in that episode, meaning that it’s improbable you’ll run into similar ones.

If you’ve already learned the various locations in Westeros as depicted in the opening sequence, then you’d already be able to tell where the episode’s action will take you. With that in mind, I’ll show you the tastiest Game of Thrones opening ever, made entirely with Oreo cookies.

Before you ask, this isn’t a fan-made clip; it’s coming directly from Oreo:

How is that even possible, you ask? Well, Oreo has partnered with HBO to create limited-edition Game of Thrones cookies. That’s right — you’ll soon be able to buy special Oreo cookies packs featuring Lannister, Stark, Targaryen, and Whitewalker embossments, as seen below:

And here’s what the special Oreo Game of Thrones package looks like, complete with the GoT font treatment:

As for the animated Oreo Game of Thrones landscape built for the opening sequence, some 2,750 Oreo cookies were used to create it. That’s a lot of delicious cookies, but the result is incredible nonetheless. Now, it’s unclear what episode this opening sequence is based on, so you shouldn’t read too much into it. It’s unlikely that HBO would let any spoilers slip as the result of such a partnership.

Season 8, meanwhile, launches on April 14th, and HBO just released a couple of new teasers for it.