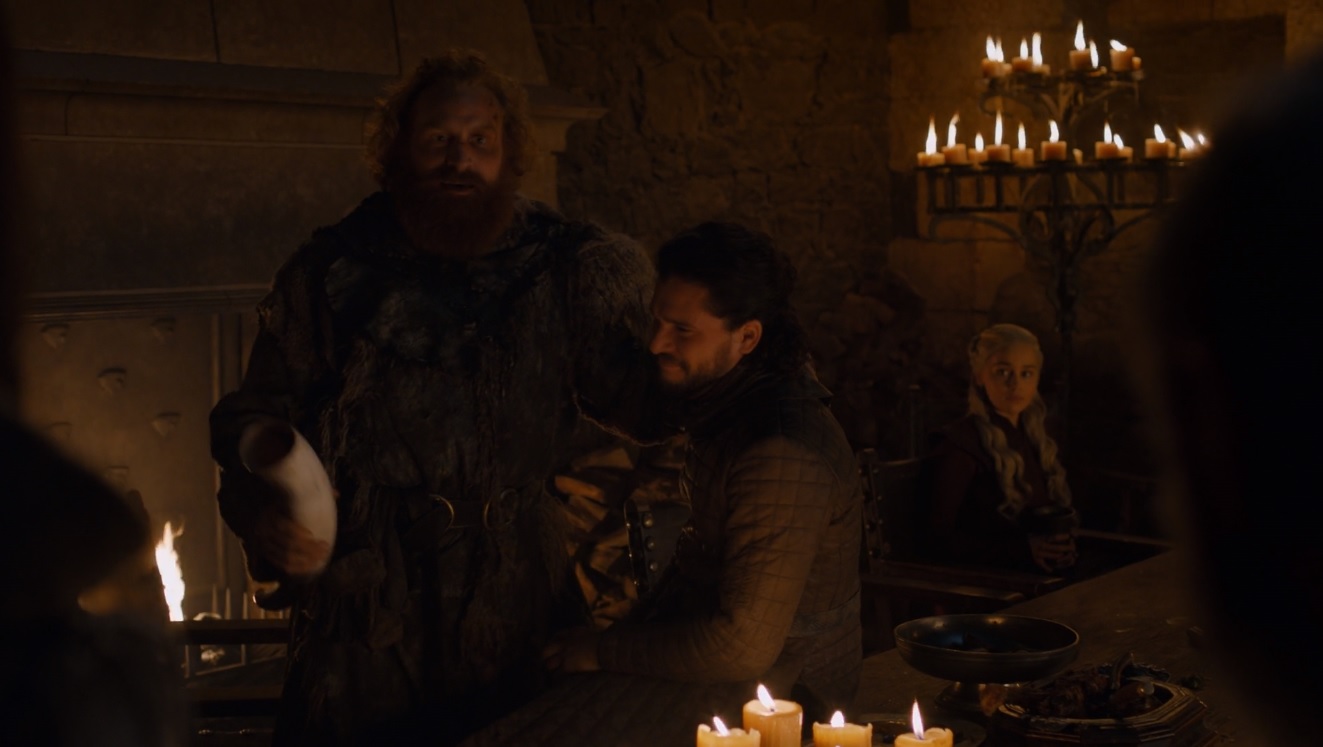 The fact that a misplaced coffee has been the most discussed event of the final season of Game of Thrones may not bode too well for HBO. In case you missed this hysterically inane controversy, a takeout coffee cup was spotted on a table in Winterfell early in the fourth episode of the popular HBO series, implying that not only did someone forget to move it before filming the scene, but that the editor didn’t catch it in post-production either.

Sadly, for those of us who hoped it might be a hint that the twist ending to Game of Thrones would be along the same lines as Monty Python and the Holy Grail or The Truman Show, the offending coffee cup has since been removed. If you watch “The Last of the Starks” on HBO Go or HBO Now, you will no longer see it.

If you need a refresher, a shot of the original scene can be seen below (with the coffee cup still intact). And we’ve also included a screenshot taken with HBO Go from the scene in question around the 17:40 mark as of today at the top of the post. As you can see, the coffee cup is gone. Here’s the original shot from when the episode aired:

Although this certainly wasn’t the conversation HBO wanted Game of Thrones fans to be having as it builds toward its explosive series finale, the network managed to have some fun with it in a statement on Monday:

In response to inquiries from those who saw a craft services coffee cup in Sunday night’s episode of Game of Thrones, HBO states, “The latte that appeared in the episode was a mistake. Daenerys had ordered an herbal tea.”

Starbucks, unsurprisingly, took advantage of the opportunity as well to promote its (unrelated) Dragon Drink:

The reaction to the eighth and final season of Game of Thrones has been somewhat mixed up to this point, as the writers and directors have had no choice but to cram a lot of story into just six episodes of television. Millions of fans are still anxiously awaiting to find out who (if anyone) will end up on the Iron Throne, but some of us will now also be keeping an eye out for loose McDonald’s burger wrappers and half-eaten Dairy Queen Blizzards.