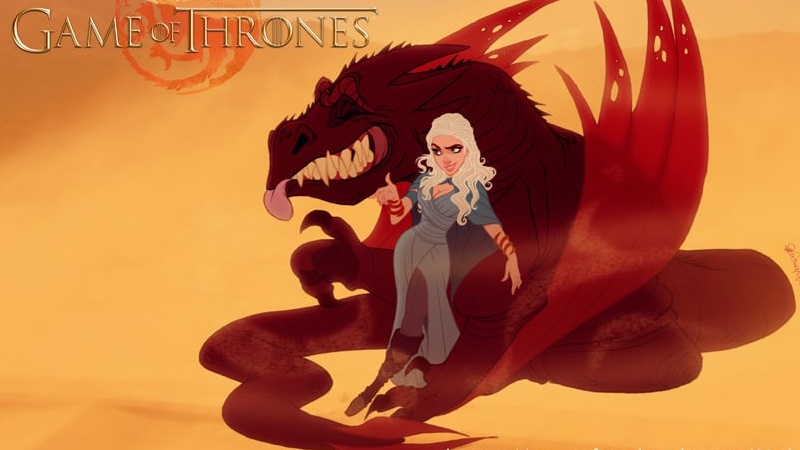 No one needs to be reminded about how massive a weekend this will be for pop culture fans, with the opening of Avengers: Endgame on Friday and then the blood-soaked, battle-filled third episode of Game of Thrones coming on Sunday.

Regarding the latter, there’s a good bet many of our favorite characters will shuffle off their mortal coil once the battle for Winterfell is all said and done on Sunday. So consider this a lighthearted appetizer for all you GoT fans dreading the weekend.

Two artists — Anderson Mahanski and Fernando Mendonca — decided to reimagine our favorite citizens of Westeros as characters, redrawing them in the famous animated style that’s so instantly recognizable as the product of the House of Mouse. The result is a series of perfect animated recreations of everything from a cartoon Jon playing with Ghost to Arya and The Hound — and even a kid-friendly version of that famous eye opening scene involving Oberyn and The Mountain.

Even White Walkers get the faux treatment here: 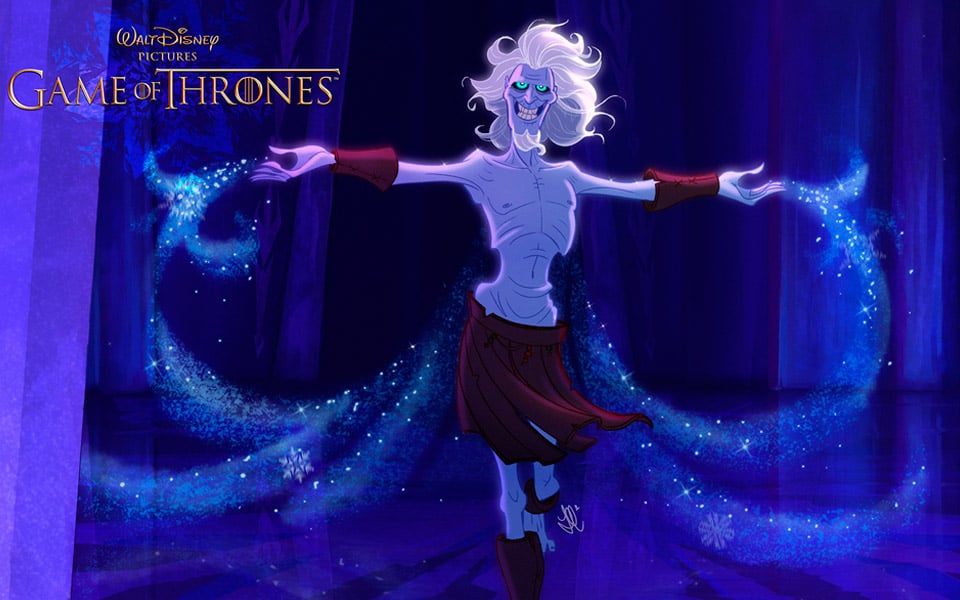 Head on over to the artists’ site to see the full selection of Disney-fied GoT characters they reimagined. If all of the teasers and previews, not to mention the ominous cast interviews, are any indication, we’ll definitely need a distraction like this from the gut punch Sunday’s nearly hour-and-a-half-long episode is likely to bring.

Don’t believe us? If you needed more convincing that things are going to be bad in Episode 3, the folks at Vox have you covered. They talked to a trio of military experts here who gamed out the battle plan and decided that the humans are likely doomed.