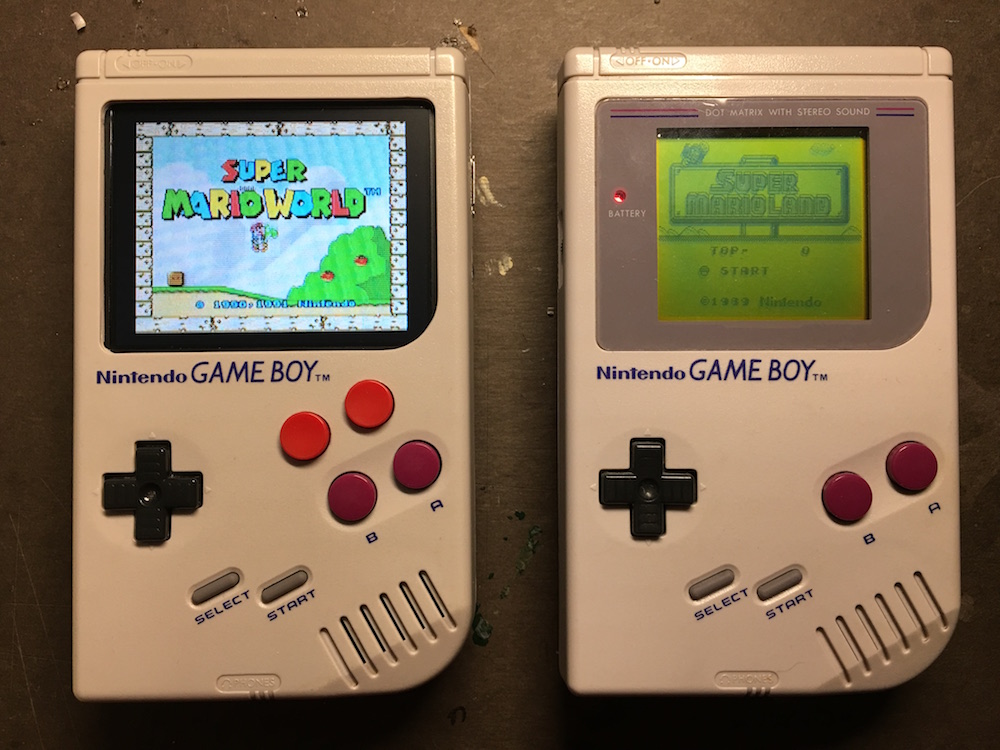 There are few things that warm a nerd’s heart quite like a great console mod, which is why we felt we had no choice but to share this impressive project from YouTube user wermy. Dubbed “Game Boy Zero,” this RetroPie handheld was built with an original DMG-01 Game Boy body and a Raspberry Pi Zero computer.

SEE ALSO: A man who crushes things with a hydraulic press is 2016’s viral video sensation

Although the custom device looks almost completely identical to the original Game Boy model at a glance, there are a few key differences. For one, wermy has added X and Y button to the front of the portable in order to allow him to play Super Nintendo games and other games that require more than two buttons.

He mounted a Micro USB charging port and an HDMI port inside the device as well as replacing the original display with a 3.5-inch composite display and the speaker with a more modern speaker, both from Adafruit.

But the best part of this build has to be the modified Game Boy cartridge equipped with an SD card adaptor. That way, he can actually have “the same satisfaction of putting a cartridge in and powering it on like you would on a regular Game Boy.” He also installed Emulation Station to play emulated games.

You can see the machine in action below: