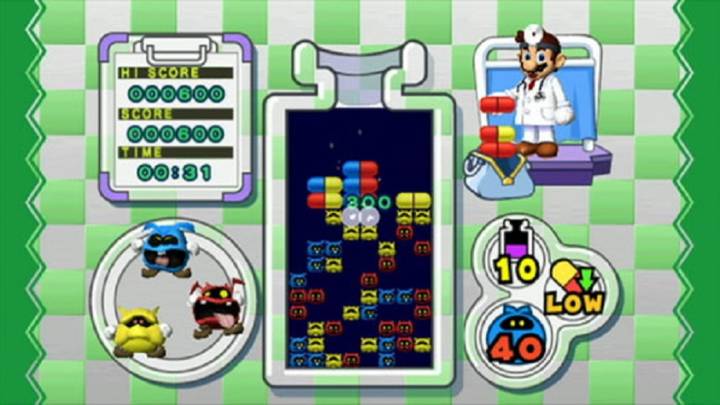 Just hours after announcing that its mobile Mario Kart game has been delayed to summer 2019, Nintendo offered up some good news for fans of its mobile division. In addition to Mario Kart Tour, Nintendo revealed that it is also going to partner with Line Corp. to launch another game called Dr. Mario World this summer.

According to Friday’s news release, “Nintendo and LINE will co-develop and jointly operate a new action puzzle game featuring Dr. Mario.” The Dr. Mario series stretches all the way back to 1990, when the original game hit the NES and Game Boy. The latest game in the series, Dr. Mario: Miracle Cure, came out for the 3DS in 2015.

Taking inspiration from Tetris, Dr. Mario is a frantic puzzle game in which players match blocks as they fall from the top of the screen to the bottom. But unlike Tetris, all of the falling blocks come in the shape of pills, and the goal is to match colors rather than fill in lines. Providing Dr. Mario World follows along the same lines, it will be a natural fit for the smartphone, as match-3 games and Tetris knockoffs have dominated app stores for a decade.

The doctor is in! Mario puts on the white coat once again in the mobile game Dr. Mario World, targeting an early summer 2019 global release. #DrMario https://t.co/DTRBympHj0 pic.twitter.com/RfMZbbs3Mp

As with all of Nintendo’s recent mobile games (Fire Emblem Heroes, Animal Crossing: Pocket Camp), Dr. Mario World will be free to download with in-app purchases. It’ll be available on both iOS and Android, and Nintendo plans to launch it in over 60 regions this summer, including the United States and Japan. That’s all we know about the game for now, but keep an eye on Nintendo’s social channels for more news in the coming months.