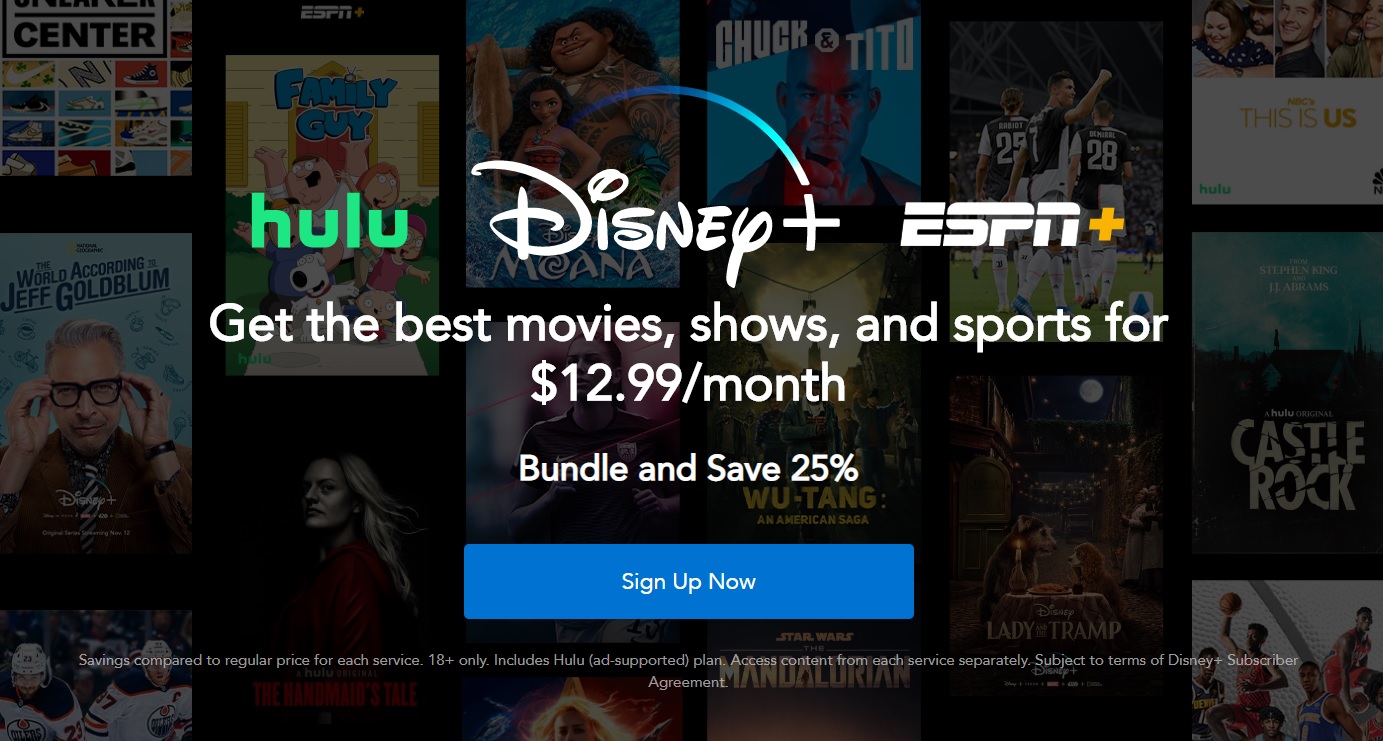 With over 600 movies and shows at launch, Disney+ is already quite a value proposition at $6.99 a month, especially if you took advantage of any of the great deals that popped up in the months prior to release. But for some users, the bundle, which includes Disney+, +, and Hulu with ads is an even better deal at $12.99 a month (that’s $5 less than each of the services would cost you individually every month).

The only problem with the bundle is that, by default, it comes with Hulu’s ad-supported tier, and there doesn’t appear to be any way to choose Hulu (No Ads) instead. Thankfully, there is actually a way to get ad-free Hulu as part of the bundle, but you’re going to have to jump through a few hoops to get it.

As Hulu explains on its website, the first step is to sign up for Hulu (No Ads) directly from Hulu.com. Once you have completed that step, you’ll need to sign up for the bundle from the Disney Plus website using the same email address you used for your Hulu account. You should now have three accounts — one for Hulu, one for Disney+, and one for + — and will be billed separately for your Hulu subscription. According to Hulu, “will give you a credit towards your bundle subscription in the amount of $5.99/month.”

As far as we can tell, this is the only way to get ad-free Hulu as part of the bundle, but if you are dead set on getting all three services anyway, it’s worth the minor hassle to save some cash every month. On the other hand, if you could care less about Hulu or +, there are other deals worth exploring.

Disney Plus espn plus Hulu