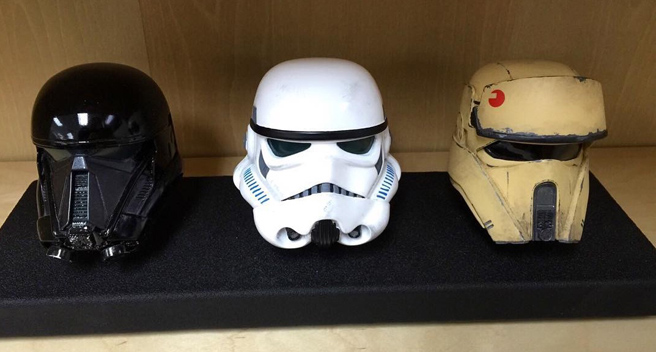 The next time we buy tickets for a Star Wars picture, we’ll be signing up for a movie that’s going to bring back the greatest villains in movie history. Darth Vader is returning to the Star Wars universe this December complete with original costume and voice and he’s going to have a bigger role than anticipated, a new report indicates.

DON’T MISS: How to fix the annoying bug that’s crashing Safari on everyone’s iPhones and Macs

Movie site JoBlo says it’s able to confirm that Darth Vader will indeed appear in the film, and his role will be bigger than just appearing in hologram messages. Even so, it’s not clear what Darth Vader’s role in the movie plot is. In fact, the actual plot of the picture is still secret.

What we know about the movie is that Rogue One tells the story of a group of daring rebels looking to steal the plans of the Death Star. The action in Rogue One takes place between Episode III and Episode IV.

Interestingly, JoBlo also says that black stormtroopers will also appear in the movie and will be called Death Troopers or Shadowtroopers.

Rogue One will also feature a new Tie Fighter design, AT-ATs, and a new droid that’s described as a “scene stealer.” The robot resembles C-3PO, but it’s not your average protocol droid. Instead, the two-legged droid is dark or black, and has been stolen from the Empire and repurposed to serve the rebels.

JoBlo’s video covering these scoops on the first Star Wars movie follows below.