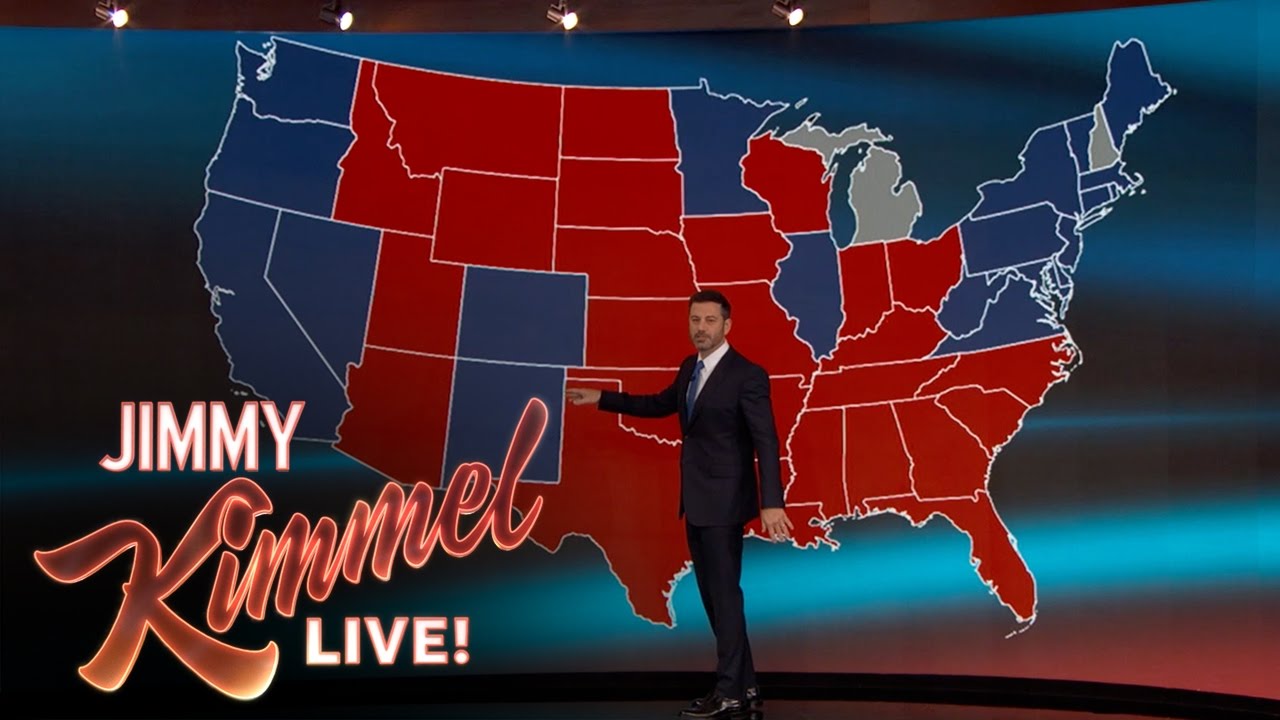 Virtually every American citizen is still buzzing about the 2016 election. Some are ecstatic, some are mortified, and most everyone is genuinely surprised that Celebrity Apprentice host Donald Trump is now the president.

Times like these can be chaotic and confusing, but that’s exactly why we have late night talk shows — to shepherd us through to the other side in one piece.

On Wednesday night, every talk show in the country was (unsurprisingly) still focused on the election. Despite having hosted an Showtime election night special on Tuesday night, Colbert was back at his regular time on Wednesday with some post-election thoughts on why Americans should stay in America:

Conan’s message was much shorter, but perhaps even more optimistic. After having flown all over the world for his show over the past few years, Conan is more aware than ever that other countries would do anything to have a free democracy:

Kimmel went a different route, helping Americans walk through the five stages of grief (while slapping them on the wrist for not getting out to vote):

Seth Meyers has been as consistent and sharp as any late night host throughout the entire campaign, and that streak wasn’t broken on Wednesday night:

And finally, Sam Bee, the most electric new late night host on TV, did what she’s been doing ever since her show started airing — refused to pull any punches:

So whether you’re a Trump supporter or you can’t believe he won, hopefully you’ll find some laughter in the reactions from the late night clips above.