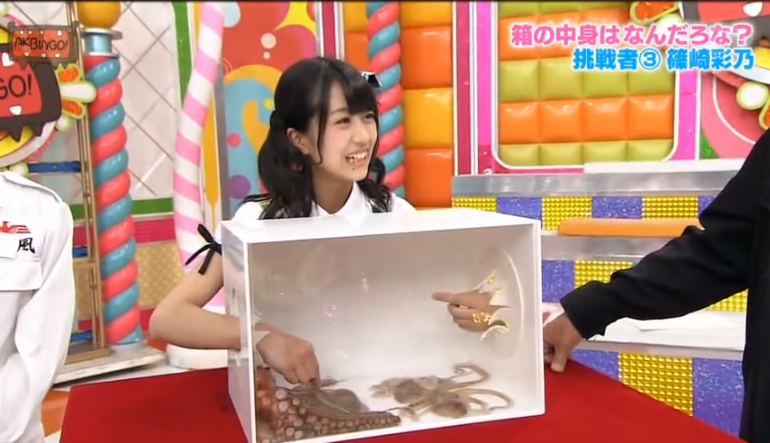 Japanese game shows. Dear God. If you’ve never watched one before, you should know that the parody of them featured on The Simpsons was basically spot on. Basically, many these shows are exercises in sadism that are also extremely funny in their own demented way. If you want a prime example, check out this amazing clip in which several guys have to recite a tongue twister without making any mistakes or else get hit in the balls with a mallet.

At any rate, this morning on Reddit I discovered a new Japanese game show that I’d never seen before whose title roughly translates to “What is in the Box?” It involves having a bunch of people reach inside of a box to touch things that they can’t see and that they would otherwise probably rather not touch. Examples in the video below include a frog, gigantic maggots and an octopus.

The funniest bit, however, comes at the end when they place a perfectly harmless stuffed puppy in the box and the girl touching it is completely freaking out because she likely thinks it’s a giant hairy tarantula or something similarly horrifying.