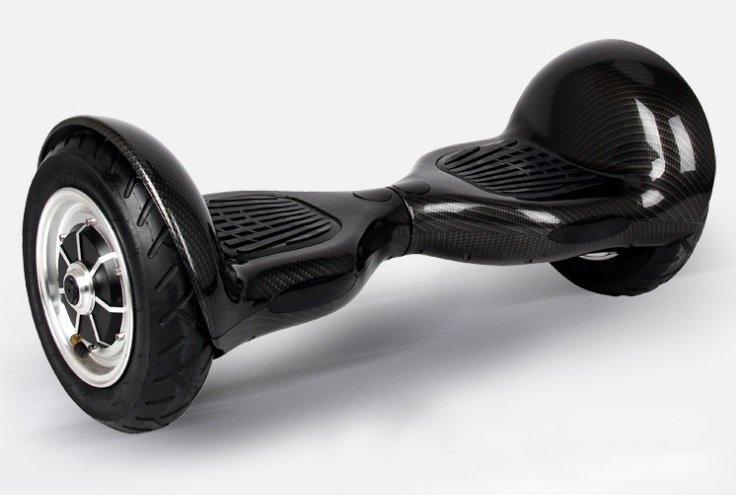 It’s 2015 and, as Marty McFly’s time traveling adventures predicted, it’s the year hoverboards become a thing. Only the devices we call hoverboards can’t really hover above the ground like the sci-fi skateboard from Back to the Future. Instead, they have Segway-like controls and they’re quite popular with people young and old right now.

But these highly-coveted devices, that not many U.S. retailers have in stores this Black Friday season, aren’t necessarily safe. That’s not only because there’s quite a learning curve for correctly piloting them, as these viral videos have shown us, but also because some of the cheaper models can actually explode.

MUST SEE: The un-gift guide: Awesomely unique gifts and gadgets you won’t find on any other list

According to Business Insider, British officials are warning hoverboard fans against buying cheap machines that might come with battery packs that overheat and can explode, unsafe plugs that lack a fuse, or instructions you won’t understand, like this one: “Get off the bus, get off before you stop intelligent drifting scooter balance state, one foot down, the other one foot in the left drifting scooter again.”

Another hoverboard catches fire while on charge in #Kent. We're campaigning about the risks https://t.co/tV7g63snoC pic.twitter.com/xj837iAERY

Believe it or not, these fun little devices have exploded in the past. In Deal, U.K., a hoverboard caught fire while charging, causing £25,000 worth of damage to a man’s kitchen. London Fire Brigade said in October it had seen two hoverboard fires in two weeks, and it posted pictures of them on Twitter.

The U.K.-basd company also advises you to look for a CE mark, which toy packaging must display, as well as the names and addresses of the manufacturer and importer.