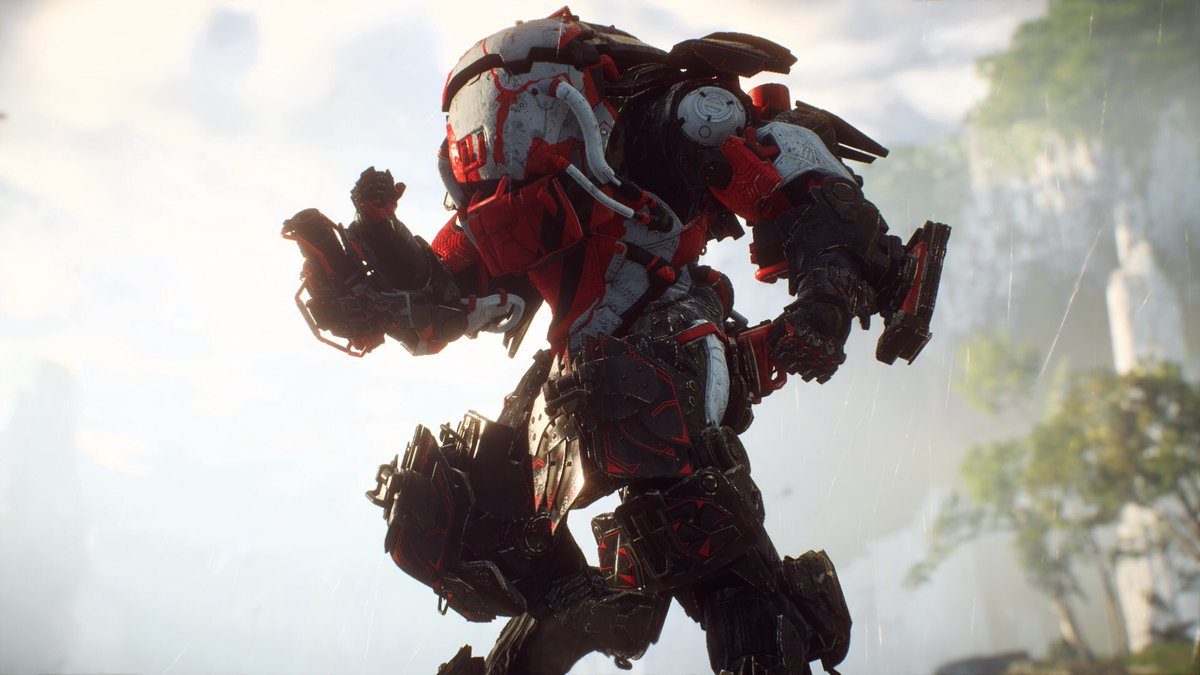 There were only a few things Anthem needed to get right to be a success — not the game of the year, or the next Fortnite-sized phenomenon, but a successful online shooter. It only gets one of those right, and when all is said and done, it’s probably the least important for the game’s long-term viability.

At a glance, Anthem is a highly-polished, triple-A title from one of the industry’s most celebrated developers. But then you play the game. It starts strong, throwing you into an epic battle where monstrous aliens are facing off against this world’s heroes: Freelancers. The freelancers fly around in javelins — exosuits that can be customized with a variety of weapons and special abilities, many of which you’ll collect while taking out opposing forces.

And if Anthem were nothing more than an Iron Man simulator, instead of one of the biggest games of 2019, it would be a rousing triumph. It might be the most overused description of the flying mechanic on the internet, but you really do feel like Tony Stark as you boost through the stunning wilderness of Anthem’s world.

Which brings us to the first, and most utterly bewildering decision that BioWare made with this game. For whatever reason, your ability to fly is limited by a meter that rather rapidly fills up as you speed through the world. Once it’s full, you have to either manually land and wait a few short seconds for it to deplete, or risk overheating, in which case you’ll crash to the ground and have to wait even longer to take off again.

The one truly unique traversal element that BioWare built for this game — and one that was executed almost flawlessly — has been arbitrarily limited by the designers. Why? I cannot even fathom a guess. The only conceivable explanation would be that it’s necessary for balance, but you can’t enter combat while flying anyway. You have to come to a stop midair to fire your weapons or use most of your abilities, so why not just have the meter appear when the player is in combat while airborne? Flying around this somewhat empty world (we’ll get to that in a minute) is one of the few joys of Anthem, but I can’t do it for more than a minute or so at a time unless I hit a waterfall while flying, which for some reason, in the fiction of this game, cools your javelin down enough to reset the meter. Awesome.

Now I’m more than 400 words into this review, and I haven’t even explained what you do in the game yet. The Destiny comparisons were inevitable, but the way in which Anthem most clearly mirrors Destiny is in its structure. You always start in the hub city of Fort Tarsis, which serves as your base of operations and is where all the game’s NPCs reside. From there, you’ll pick up story missions and side quests, head back to your javelin, customize your loadout for the task at hand, and launch into an instanced version of the world, typically with three other random players.

The variety of missions is rather limited (much like Destiny). Whether you’re flying through cave systems or protecting a location while data downloads or collecting doodads scattered around the area, every mission can be summarized as follows: Go here, kill all the enemies, repeat.

This isn’t an uncommon structure for games in this genre, but the combat isn’t compelling enough to support a 20-30 hour campaign. I was actually somewhat impressed by the variety of enemies. Without looking it up, I couldn’t tell you whether or not there are more enemy types in Anthem than in Destiny or Destiny 2, but there were enough so as not to feel completely stale by the time I reached the end of the campaign.

But, nevertheless, the gunplay in Destiny was so tight and enjoyable, that it made up for much of the repetition. Anthem isn’t a total slouch in this department, but while some of the four javelin suits are more fun to don than others (Colossus for life, y’all), Anthem just isn’t a great third-person shooter. It’s a good one! But when 80% or more of your interaction with the world involves pulling a trigger, it needs to be great, not good.

The abilities of the javelins make the combat feel far more dynamic than it would otherwise, and kept me engaged enough to see the story through. The Colossus, for example, is a massive, hulking javelin that has a devastating melee attack, can launch mortars, and features a single, massive health bar, rather than a health bar and shield, as it’s more likely to be on the front lines where the health pickups are dropping as enemies are felled. The Interceptor is the polar opposite — incredibly fragile, but quick as lightning as it darts across the battlefield.

If there were more ways for the javelin variants to synthesize their abilities, the missions might not feel like such a slog, but for much of the campaign, you’re really just spamming all your abilities as soon as they recharge and shooting all the bad guys in the face in between.

Beyond the missions, there are also strongholds, which are sort of this game’s equivalent of “raids” (more difficult and more drawn out missions with greater rewards), but there aren’t many strongholds, they don’t feel much different than the story missions, and loot is in such a bad place in Anthem (even after the recent patches), that I didn’t find myself drawn to them as they unlocked throughout my time with the game.

And while this obviously varies from player to player, one of the reasons many of us play these kinds of games is for the endorphin rush that comes from finding shiny new loot. Sadly, BioWare doesn’t seem to understand how to cultivate that excitement. When loot drops during a mission, it does so in the form of a weird, small diamond that can vary in color. While is common, green is uncommon, blue is rare, etc. This is similar to how Destiny handles loot, but, for whatever reason, it doesn’t feel nearly as momentous here. When return back to Fort Tarsis, you’ll get a full summary of all the weapons and abilities you collected, but the weapon design is so utterly uninspired that it becomes little more than a rote chore of replacing a weapon with a lower power level with a new weapon with a slightly higher power level. Now my light machine gun is a 28 instead of a 26. Woohoo.

Aside from missions and strongholds, there’s also a freeplay mode where you can just fly around the world of Anthem, collecting resources for the excruciatingly boring crafting system or completing mindless world events (usually by yourself, unless you’re playing with friends). I’m not sure I would have spent more than a few minutes in freeplay, had the game not forced me to do so early on by requiring I complete a shockingly long checklist of boring tasks to move on in the story. This sort of gatekeeping is so cynical and so on the nose that I can’t believe it exists. Artificially extending the length of your game is one thing, but at least pretend to try and hide it.

I can’t end this review without noting that the performances and voice acting are genuinely exceptional. The overarching fiction of this universe is a muddled mess, and the story centering around your character isn’t much better, but the characters manage to establish themselves and ooze personality despite all this, which might be even more impressive, honestly. If there’s one element that BioWare did carry over from its more successful projects, it was the casting. BioWare’s DNA is still alive (even if it’s on life support at this point).

I’m not going to act like I didn’t have any fun with Anthem, because I did, but it seems to misunderstand so many fundamental parts of what makes a game like this work. And even worse, it’s simply missing other parts — they’re just not here. Some of these issues can be addressed with patches and updates (and this work has already begun), but the platform upon which the developers will continue to build is flawed. I’d love to be proven wrong in the future, as there are just enough good ideas in Anthem to see its potential, but I’m skeptical that enough can be done with the platform the team has to work with to give Anthem legs.