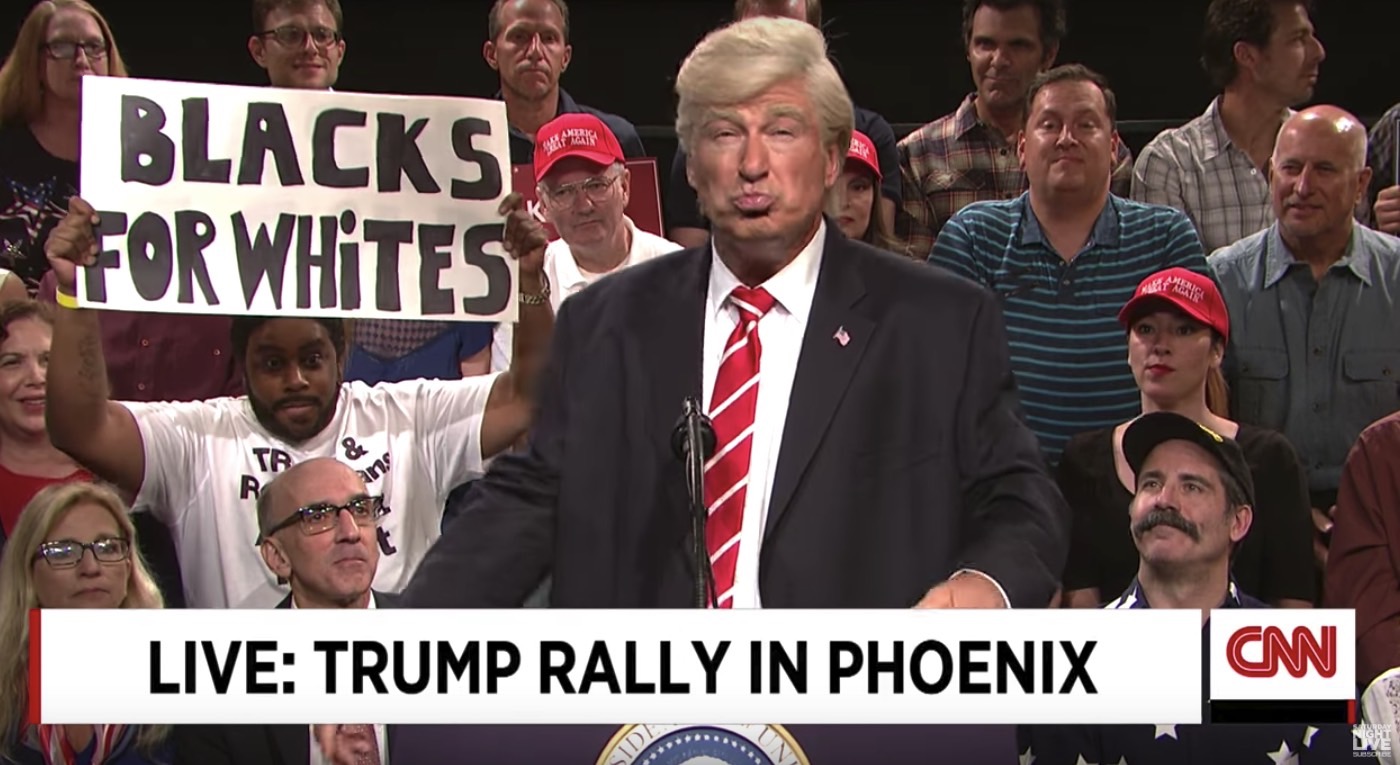 You’re right, it’s too early for Saturday Night Live to be back on TV. But SNL has a spinoff to keep you entertained until the regular season arrives. That’s Weekend Update, which covers your daily news in SNL fashion. And that means Alec Baldwin’s Trump impersonation may be needed here and there.

After last week’s episode when Tina Fey and her cake stole the show, Weekend Update, Baldwin’s Trump is already getting a lot more views on YouTube than any other segment.

Baldwin last got into his SNL Trump character three months ago, for SNL’s season finale. It wasn’t clear at the time whether he’ll reprise his role in the coming season. On the other hand, given the huge amount of content Baldwin and SNL can work with, it’s hardly a surprise to see him on Weekend Update.

Baldwin, in Trump attire and voice, made fun of the recent developments in the US featuring Trump. His cold open focuses on Trump’s rally in Phoenix from earlier this week, taking plenty of hits at the president’s remarks and behavior at the rally, and not only.

Baldwin mocked Trump’s speech at the rally, the recent Charlottesville tragedy, racism, the eclipse, and the wall. SNL also brought back its Steve Bannon’s impersonation to address Bannon’s recent dismissal.

As always, Baldwin offers a hilarious performance as Trump, and it’s likely we’ll see him again real soon — check out the full clip below: