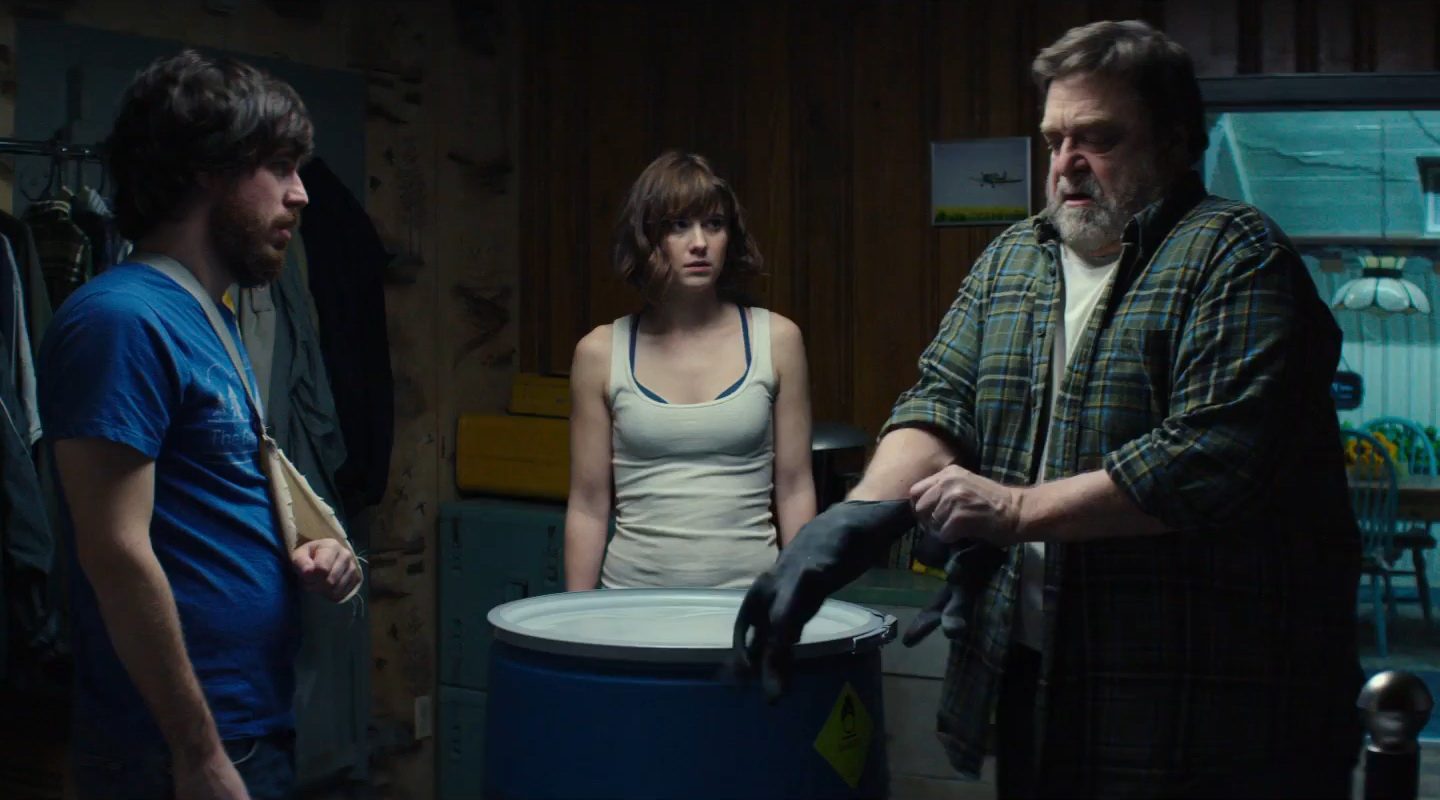 The last time I walked out of a theater feeling like this was when I saw Cloverfield on opening weekend in 2008. Although 10 Cloverfield Lane is a very different movie than its spiritual predecessor, they both share the same DNA, by which I mean you’ll be perched on the edge of your seat until the tension boils over and knocks you backward.

DON’T MISS: Microsoft reveals Xbox One gamers will be able to play against PS4, PC players

As Dan Trachtenberg, the director of 10 Cloverfield Lane, pointed out on Twitter, the movie never had a full trailer. There were several teasers, each focusing on select moments from the movie, but there was never a big event trailer, like you’d see for Star Wars: The Force Awakens or Batman v Superman.

Therefore, none of us really knew what to expect when we walked into the theater.

Without spoiling any of the (many, many) twists, 10 Cloverfield Lane is a movie about a girl named Michelle who gets into a car accident in the middle of the night, only to wake up chained to a wall in a locked room. The man who chained her up is named Howard. Michelle quickly learns that she is actually in Howard’s doomsday bunker and according to him, a nuclear or chemical or possibly otherworldly attack took place on U.S. soil and the air is now toxic.

All of this is established within the first 20 or 30 minutes of the movie. The remaining runtime is dedicated to an intense character drama as Michelle, Howard and Emmett (a young man who helped Howard build his bunker and fought his way in once the attack began), feel each other out and attempt to establish an uneasy peace.

The movie simply wouldn’t work without the incredibly strong performances of Mary Elizabeth Winstead, John Goodman and John Gallagher Jr. The script is clever and gut-wrenching and funny and terrifying in equal measure, but if we weren’t able to invest in these characters, the movie’s shocking moments would have fallen flat.

And the shocking moments are waiting around every corner.

The pacing of 10 Cloverfield Lane is somehow both extremely deliberate and completely frantic. We never stay in the same place for too long (in terms of progression), but the moments we linger on all feel essential to the development of the characters and the small world they inhabit.

Everything surrounding the performances is spot on as well. The bunker feels real, like something an intelligent madman might actually build. The score is meaningful and adds to the suspense, but knows when to leave well enough alone and let the silence tell you everything you need to know about the situation at hand.

10 Cloverfield Lane took my entire theater for a ride. One moment we were laughing, the next we were gasping and before we knew it we were all audibly emitting sighs of relief. It’s impossible to read this movie, so if you just sit back and let yourself get swept away, you’re bound to enjoy the ride, despite any minor plot holes.

10 Cloverfield Lane is one of the best experiences I’ve had in a theater in a very long time. It’s out now in theaters, but here’s a teaser if you need more enticing: