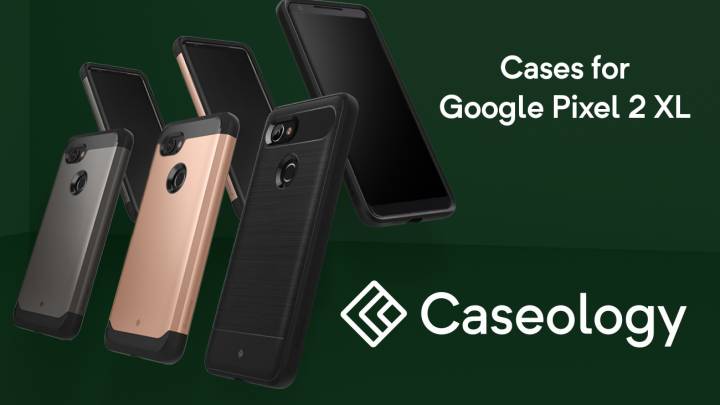 It finally happened, Android fans… the flagship Android phones of your dreams have arrived. It didn’t come as much of a surprise since there were so many leaks ahead of Wednesday’s event, but Google has made its hot new smartphones official. The Pixel 2 is a modest update to last year’s smaller Pixel, though it does include a nice specs bump along with a few intriguing new features. But the big news is the new Pixel 2 XL, which features a bold redesign and a nice big 6-inch display complete with smaller bezels around the screen.

If you want a pure Android experience, Google’s new smartphones are as good as it gets. And of the two new phones Google unveiled on Wednesday, the Pixel 2 XL is clearly the more appealing choice. It’s also quite expensive though, so you’ll definitely want to ensure that your sleek new Google phone is protected from the moment you get it.

That’s where Caseology comes in.

Google’s new Pixel 2 XL phablet won’t be released until next month, but the company already has several sleek new cases ready and waiting. Caseology is known far and wide for providing class-leading scratch and drop protection for your most important devices while still catering to your personal style. Their selection of Google Pixel 2 XL cases is no exception, which you can check out by series down below.

The best-selling Caseology Parallax Series, now for Google Pixel 2 XL, focuses on texture and grip with its signature geometric design and three-dimensional cover. Made with premium, high-quality material, the Parallax also features an improved frame with strategic grooves that offer a secure hold for when you’re taking photos, streaming videos and playing games. Not only is this case functional and well-made, it gives your phone a distinct look with a level of protection to match. Available in Navy Blue, Burgundy, Charcoal Gray and all new Ocean Gray.

The Caseology Legion Series for Google Pixel 2 XL is built to last with its high-grade build and protective dual layer design. Slightly weighted for a more solid grip, this rugged heavy-duty case features a slick matte shell that offers durable impact protection with a shock absorbent sleeve. The Legion is packed full of features, including precise cutouts and responsive button covers, and protects your phone from every angle with a raised front lip and 4-point rear guard. Available in all new Warm Gray and Copper Gold. 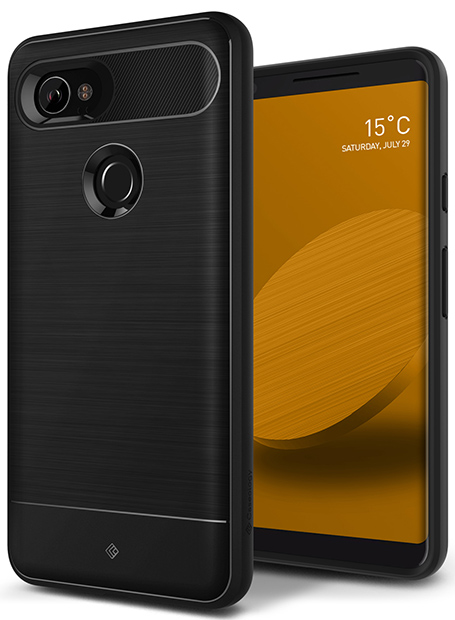