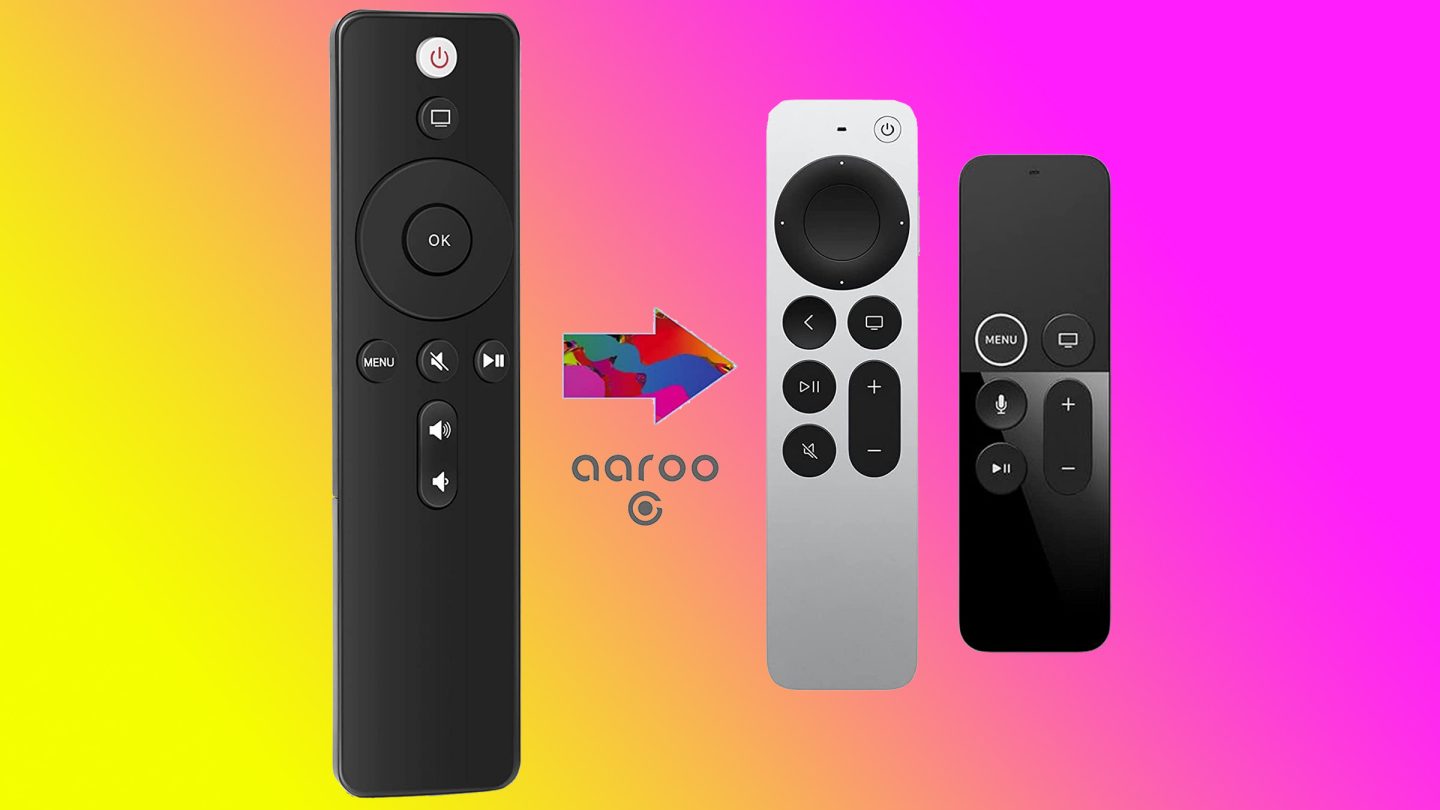 Apple finally released the newest Apple TV 4K model on April 30, 2021. It’s great, but there’s really only one new feature that most people care about: the new Apple TV remote replacement. That’s right, it has a new Siri remote that replaces the horrendous one from Apple’s earlier Apple TV models.

But wait, there’s even more good news. You can get the new Siri remote on its own to use with any Apple TV set-top box you already have. Plus, it’s discounted right now if you hurry.

There’s just one problem though, and I’m sure you can guess what it is. Yup, the new Siri remote is way too expensive. $59 for a little tiny remote control?! The new remote looks cool and all, but I’m going to go ahead and pass. Even while it has a slight discount on Amazon, it still costs $55.

Spending another $55-$59 just to get rid of Apple’s God-awful remote is a pretty big kick in the pants. The good news is that there’s an awesome Apple TV remote replacement you can get instead called the aarooGo Remote Control for Apple TV. 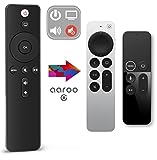 Are you in the market for a new Apple TV 4K anyway? If that’s the case, the new Siri remote is a great perk.

The new Apple TV 4K is actually discounted right now at Amazon, so it’s a good time to get one with Apple’s new remote. In fact, the Apple TV 4K is on sale for $129.99 today, which is within $10 of the all-time low price from Prime Day 2022!

But if you already have an Apple TV, you might not want to buy a whole new box just for the remote.

Everyone loves Apple’s incredible designs. Apple has repeatedly shown that it considers every last detail when designing a new gadget.

It goes without saying at this point that Apple sets the bar across the industry for every single one of its product categories, and the company’s rivals always copy Apple’s work.

From smartphones and tablets to desktop computers, laptops, and even the Apple Watch, nearly all of Apple’s designs are beloved and shamelessly copied.

That’s why it’s still so astonishing to Apple fans that the company managed to create the single worst remote control that has ever existed. But today, I have some good news: there’s finally an Apple TV remote replacement that doesn’t stink and doesn’t cost a whopping $59.

What makes it great?

Touchpads are awesome. They provide a magnificent way to interface with so many different kinds of devices. The list of products to which that applies is a mile long… but remote controls are not on it.

The Apple TV’s previous-generation Siri remote is a constant source of frustration for Apple fans all around the world. The touchpad is horrendous because it clicks with almost no pressure applied at all. That causes people to misclick constantly, which is so frustrating.

Everyone hates that little black Apple TV remote. Needless to say, that’s why Apple finally redesigned the Siri remote in 2021.

The new AarooGo replacement remote has physical buttons for every Apple TV function except for one, and that’s the Siri button.

Siri is great on the Apple TV, of that there is no doubt. But I’m willing to bet every single previous-generation Apple TV owner reading this right now will happily ditch Siri to get a remote that isn’t a nightmare to use. Plus, you can always use the Remote app on your iPhone if you want Siri.

First of all, the aarooGo remote doesn’t have a horrible touchpad. This inexpensive little replacement remote also works with every single Apple TV model.

If you have a streaming media player with an Apple logo on it, this remote will work.

When it comes to TV functions like power, volume, and mute, all the major brands are covered. On top of that, the setup is wonderfully simple. 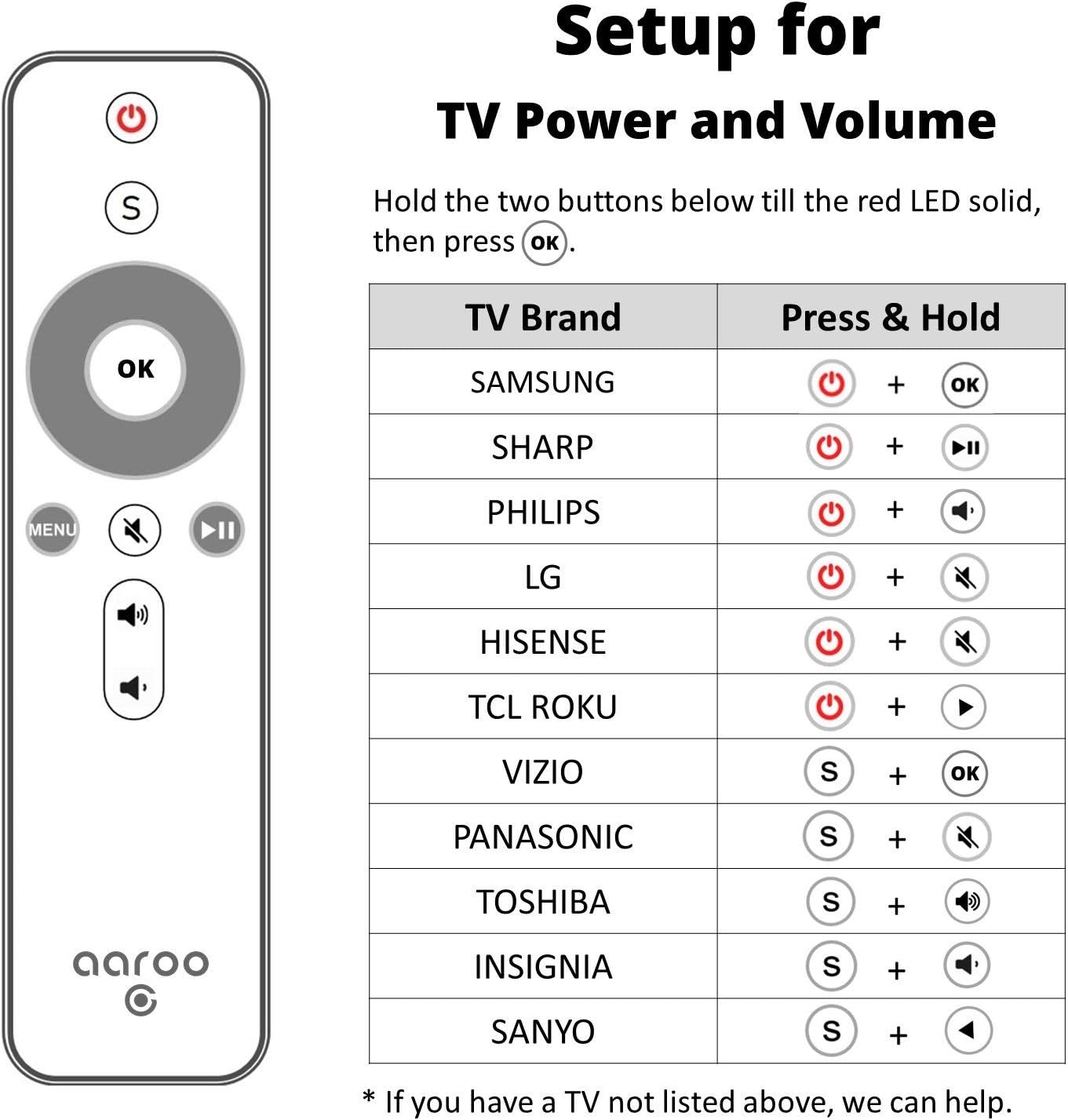 The aarooGo Remote Control for Apple TV comes with a chart that lists all major TV brands, and you can see it above. There are two buttons shown next to each TV brand. Find your TV manufacturer and hold down the two corresponding buttons until the LED on the remote turns solid red.

If your TV brand isn’t on that chart, you can contact the manufacturer for help or just try each of the button pairs until you find the one that works.

It should go without saying that this awesome little Apple TV replacement remote is a must-have. Every single Apple TV owner out there who has the old monstrosity of a remote needs this accessory. And as I mentioned, it only costs $14.99 on Amazon.

Here are some key takeaways if you’re considering the aarooGo Remote Control for Apple TV as your Apple TV remote replacement:

If you’re looking for something a bit more sophisticated and don’t mind spending another $10, we’ve got an awesome alternative to the aarooGo Remote.

The Function101 Remote for Apple TV is an even more capable Apple TV remote replacement. It has more buttons so it’s even more versatile and capable. Plus, it has slightly better build quality so it feels sturdier in your hand.

You’ll find all the navigation buttons you might need, including buttons you won’t find on the aarooGo remote or Apple’s own Apple TV remote. Plus, this remote has more buttons to control your TV. It might be the only remote you need!