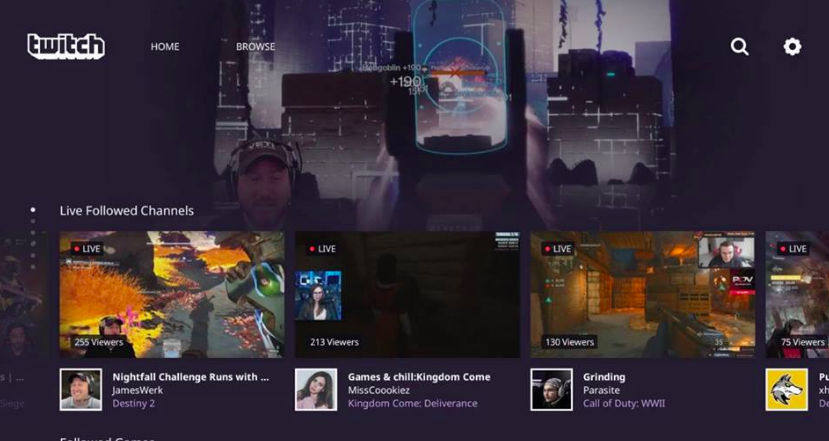 This could get interesting. Twitch has reportedly been approaching big stars like Will Smith about streaming live, and it’s likewise been quietly making overtures to a variety of top YouTube talent. Twitch CEO Emmett Shear in a recent staff meeting said he wants to hit $1 billion in ad sales, which would double the current sales figure. And the company is talking to creators like Rafi Fine, who with his brother runs high-profile YouTube channels through their Fine Brothers Entertainment, about making original shows for Twitch.

All of that, because Amazon-owned Twitch badly wants to go way beyond video game livestreams, which the service is currently known for. Because the service is gearing up to make a run directly at YouTube — indeed, to be the next large video service aimed at a mass audience.

Since it’s Amazon that owns the deep pockets behind this, this is not an insignificant threat looming in YouTube’s shadow. We reported just Monday, in fact, that YouTube is trying to keep creators happy by flat-out paying some of them, while trying to make its community of creators as a whole more aware of YouTube’s new monetization tools.

Now comes a Bloomberg report today noting that Amazon and Twitch are aggressively signing up livestreaming deals with “dozens” of big media figures and companies currently on YouTube. Some of those deals, said to be worth a few million dollars a year, have already successfully closed.

“Twitch is offering minimum guarantees of as much as a few million dollars a year, as well as a share of future advertising sales and subscription revenue, according to several people who’ve been contacted by Twitch,” Bloomberg reports. “The company has approached everyone from lifestyle influencer Gigi Gorgeous to actor Will Smith about streaming live. While some talent has resisted a few of Amazon’s terms, such as a minimum number of hours of livestreaming per week, a few deals have closed.”

The piece goes on to remind readers of how far the service has come from when Amazon paid almost $1 billion for it in 2014, at a time when Twitch didn’t let users post videos that weren’t related to gaming. The company in 2015 then introduced Twitch Creative, geared toward livestreams from non-gamers like artists, and it’s also broadcast everything from live sports to old Saturday Night Live episodes.

YouTube, to be sure, has also brought some of this on itself. Proving once again the wisdom of that old saying about how money talks and the other stuff walks, many creators have been looking for a new place to take their work after YouTube in May tested out a non-chronological video order in subscriber feeds and moved to aggressively de-monetize videos with problematic content.