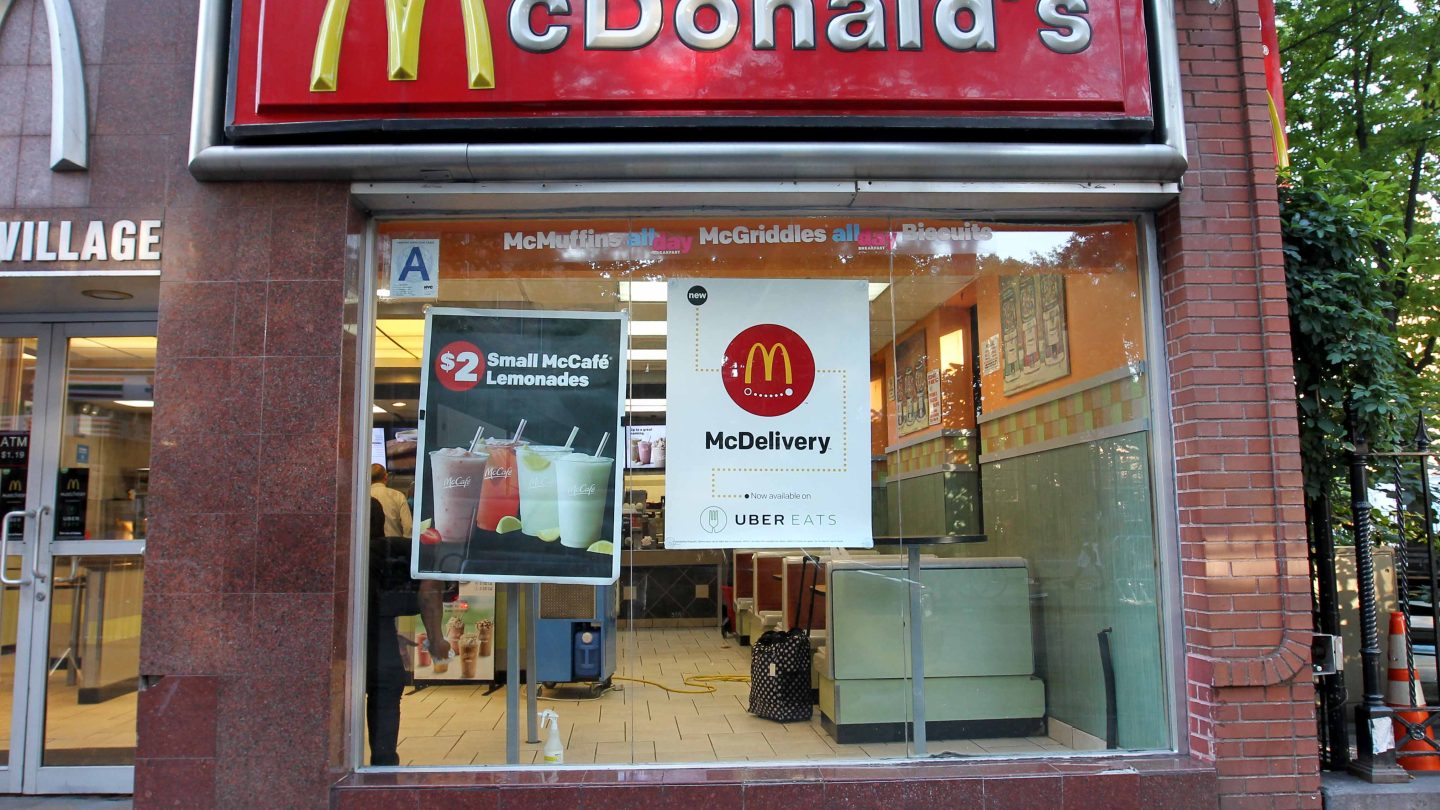 The perpetually broken McDonald’s ice cream machines are the butt of so many jokes and so much customer ire. They’ve been the subject of some actually quite fascinating investigative journalism (make time to read this Wired investigation into the whole saga). An online tracking website called McBroken has even sprung up to monitor this ongoing dilemma at the hamburger chain. And now the feds are investigating.

That’s right, all of you cynical souls out there who don’t think the government knows how to marshal its resources to solve the big crises of our time. The Federal Trade Commission has opened a probe into the recurring McDonald’s ice cream machine outages in cities across the US. I scream, you scream, we all scream for the federal government spending taxpayer dollars on an investigation into the machine that dispenses McDonald’s ice cream. Or something like that.

At any rate, The Wall Street Journal broke the news Wednesday that the FTC started quietly reaching out to McDonald’s franchisees this summer. Essentially, to ask them what the heck is going on with the machines.

There are apparently so many breakdowns, in part, because the machines are hard to fix. According to the newspaper, they also require an automated heat-cleaning cycle each night. It destroys bacteria, but that cycle can last up to four hours. And as if this whole thing didn’t have enough complexity, the cleaning cycle often fails. Something that, of course, renders the machines unusable. A repair technician has to come out and fix it.

The main McDonald’s ice cream machine manufacturer? That’s the company Taylor Commercial Foodservice. In the WSJ article, a company spokesman seemed to pin the blame on McDonald’s franchisees for user error. “A lot of what’s been broadcasted can be attributed to the lack of knowledge about the equipment and how they operate in the restaurants,” a Taylor representative told the newspaper. “You have to make sure the machine is cleaned properly. The machines are built up with a lot of interconnecting parts that have to operate in a complex environment and manner.”

@McDonalds Please just introduce a sign that says whether your milkshake/mcflurry machine is working. Twice ive gone through a drive thru for nothing now. Very demoralising and pointless.

Sorry, our McFlurry machine is broken – it’s also under investigation

This story gets weirder, even encompassing a bit of supposed corporate espionage.

Some McDonald’s franchisees have apparently reckoned that the Taylor machines are overly difficult to fix. According to a company called Kytch, which started offering a device that can sit on top of the machines and send out alerts about breakdowns as well as texts and email alerts to prevent future damage, the Taylor ice cream machines that McDonald’s uses spit out error messages that are more or less incomprehensible. With messages like: ““ERROR: XSndhUIF LHPR>45F 1HR LPROD too VISC.”

Nonsense, Taylor fired back to the WSJ. “There is no reason for us to purposely design our equipment to be confusing or hard to repair or hurt our operators.”

McDonald’s users in as many as 30 states started using the Kytch machines. The fast food chain’s corporate office, however, eventually said last year that it has not approved those machines. And that they might even represent a safety hazard. Kytch vehemently denies that possibility. Intriguingly, McDonald’s also reportedly has a device of its own in development that can work with the ice cream machines.

Kytch in May filed a lawsuit against Taylor. As well as an ice cream machine company that’s authorized to work on the Taylor machines, and a McDonald’s franchisee. The lawsuit alleges a conspiracy to replicate Kytch’s gadgets that work with the ice cream machines. “This is a case about corporate espionage and the extreme steps one manufacturer has taken to conceal and protect a multimillion-dollar repair racket,” attorneys for Kytch wrote in the lawsuit, filed in California Superior Court in Alameda County.

Meantime, customer frustration continues to mount. And some of the cold, sweet treats that they crave — like McDonald’s delicious McFlurrys — can seem as elusive as ever to obtain.

Don’t worry, though. Good news: The government is on it.