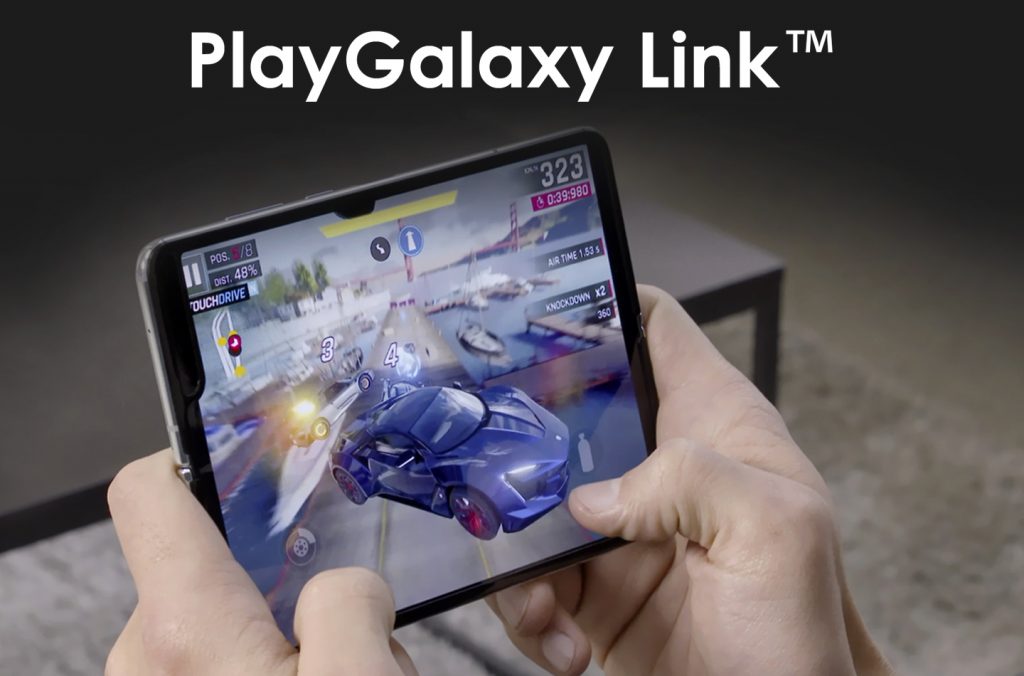 Samsung may be about to launch a rival offering to compete with Apple’s forthcoming video game service, Apple Arcade.

That’s according to a trademark Samsung filed with the US Patent and Trademark Office a few days ago for something called “PlayGalaxy Link,” with a description in the filing that makes reference to “downloadable mobile game application software; providing online augmented reality games; gaming services, namely conducting online computer game tournaments; electronic games accessible through mobile devices.”

You can check out the full trademark filing here, which was spotted and reported first by Dutch tech news blog LetsGoDigital. Word of this potential new gaming service from Samsung comes about a month after Apple unveiled its own gaming service at its March “Show Time” event, with pricing details and an exact fall launch date still to come. The gist of Apple Arcade, though, is that iOS device owners could use the subscription-based service to access more than 100 new and exclusive games, from companies and studios like Annapurna Interactive, Cartoon Network, Konami, LEGO, SEGA and more.

Word of Samsung’s potential new offering, meanwhile, comes just a few weeks after the company teamed up in Korea with Hatch, a subsidiary of Rovio Entertainment, to launch a new cloud-based gaming service there. As part of the deal, customers who buy a Galaxy S10 5G get three months of the companies’ new service. That may be something different from what Samsung is planning here, though, since the company doesn’t seem to have trademarked the PlayGalaxy Link name in Korea — only in the US and Europe, where the European Union Intellectual Property Office published the trademark at the end of last week.

The possibility of a service like this also shouldn’t come as a surprise, since it’s known that Samsung has been working on a gaming smartphone. You can check out our earlier report here, which shows possible phone designs that feature controller buttons and a D-pad to seemingly make playing games on the phone a breeze.

If the PlayGalaxy Link trademark filing does indeed indicate what it seems, via the name and service description, it should go without saying that hopefully Samsung learns a lesson from the recent Galaxy Fold debacle and spends a bit more time polishing before rushing a new service like this to market. Especially with Apple Arcade’s launch just around the corner, and with Samsung’s foldable handset having been indefinitely scuttled before it even made it out of the starting gate, the company won’t want to be seen as yet again rushing something new to consumers just to keep pace with rivals.