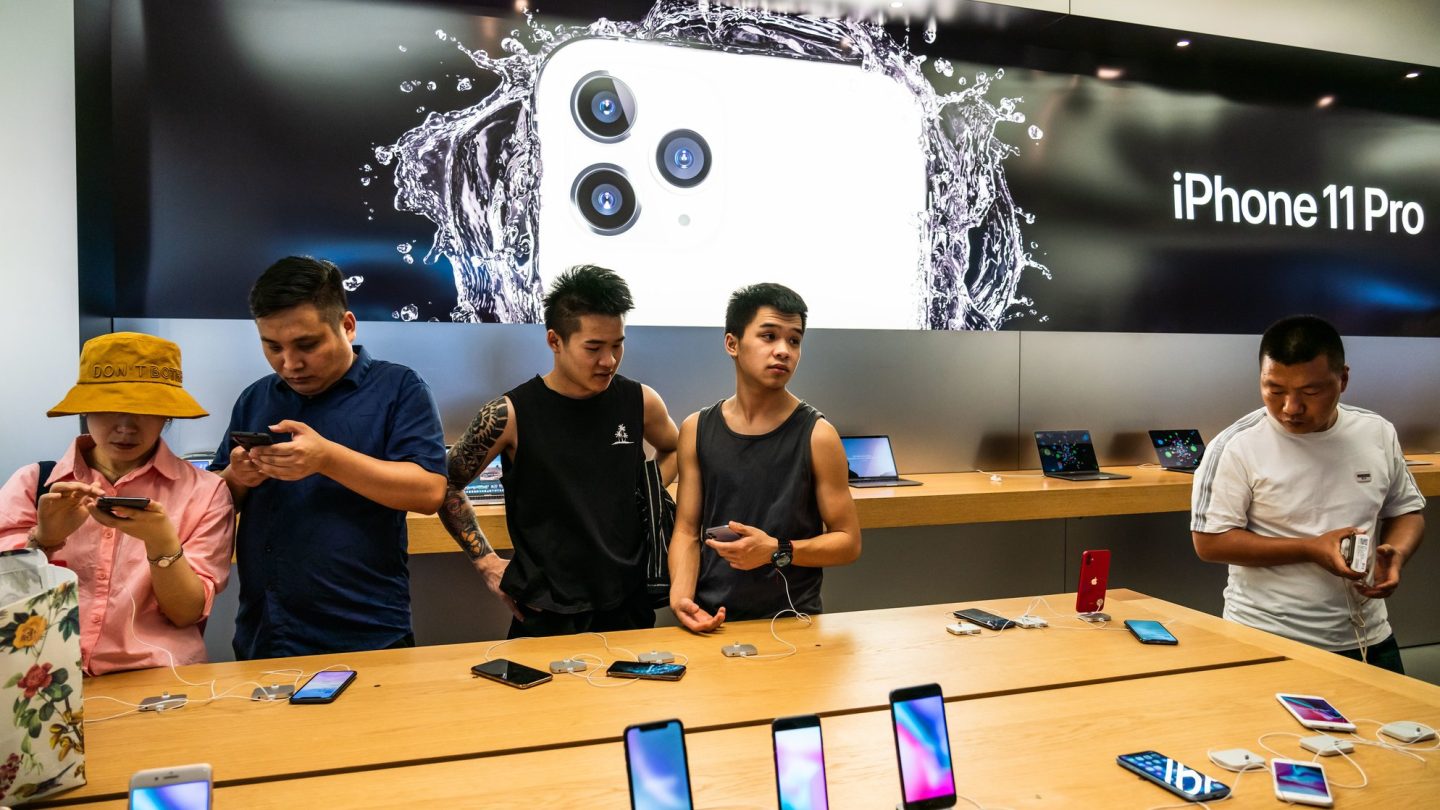 Here’s the thing about how important of a market China is to Apple when it comes to iPhone sales. According to data prepared by Bloomberg, 55% of Apple’s revenue this year has been attributable to the iPhone. Interestingly, over the same period, almost 20% of the company’s revenue has been derived from the greater China region alone — and so when an analyst tells his clients that iPhone shipments are dropping precipitously in the region, needless to say, it generates headlines.

That’s what happened today, in fact, with a report from Credit Suisse analyst Matthew Cabral explaining that iPhone shipments in China fell a little more than 35% year-over-year last month, a “sustained softness” that Credit Suisse has decided is an “incremental concern.” Indeed, per Bloomberg News, the November drop “marks the second straight double-digit decline” of iPhone shipments in the massive Chinese market.

This follows another drop of iPhone shipments in China during the second quarter, when market research firm Canalys pointed to a 14% decline in shipments compared to the year-earlier period. Nevertheless, analysts had predicted solid performance ahead of the iPhone 11 launch in China, with some models in the new lineup generating wait times of a couple of weeks at launch. The top Apple insider in the world — TF International Securities analyst Ming-Chi Kuo — had even predicted in September that demand in China for the new iPhone models would surpass expectations.

It should be stressed that iPhone shipments don’t line up neatly for a 1-to-1 correlation with iPhone sales, since there’s obviously a delay between the one and the other. Indeed, Credit Suisse itself conceded that shipment data is inherently “volatile” but that iPhone shipments in China have been dropping for two months — while the smartphone market in the country as a whole is up a little less than a percentage point.

Investors took notice of this news, because Apple’s stock was down almost 2% in early trading on Thursday.