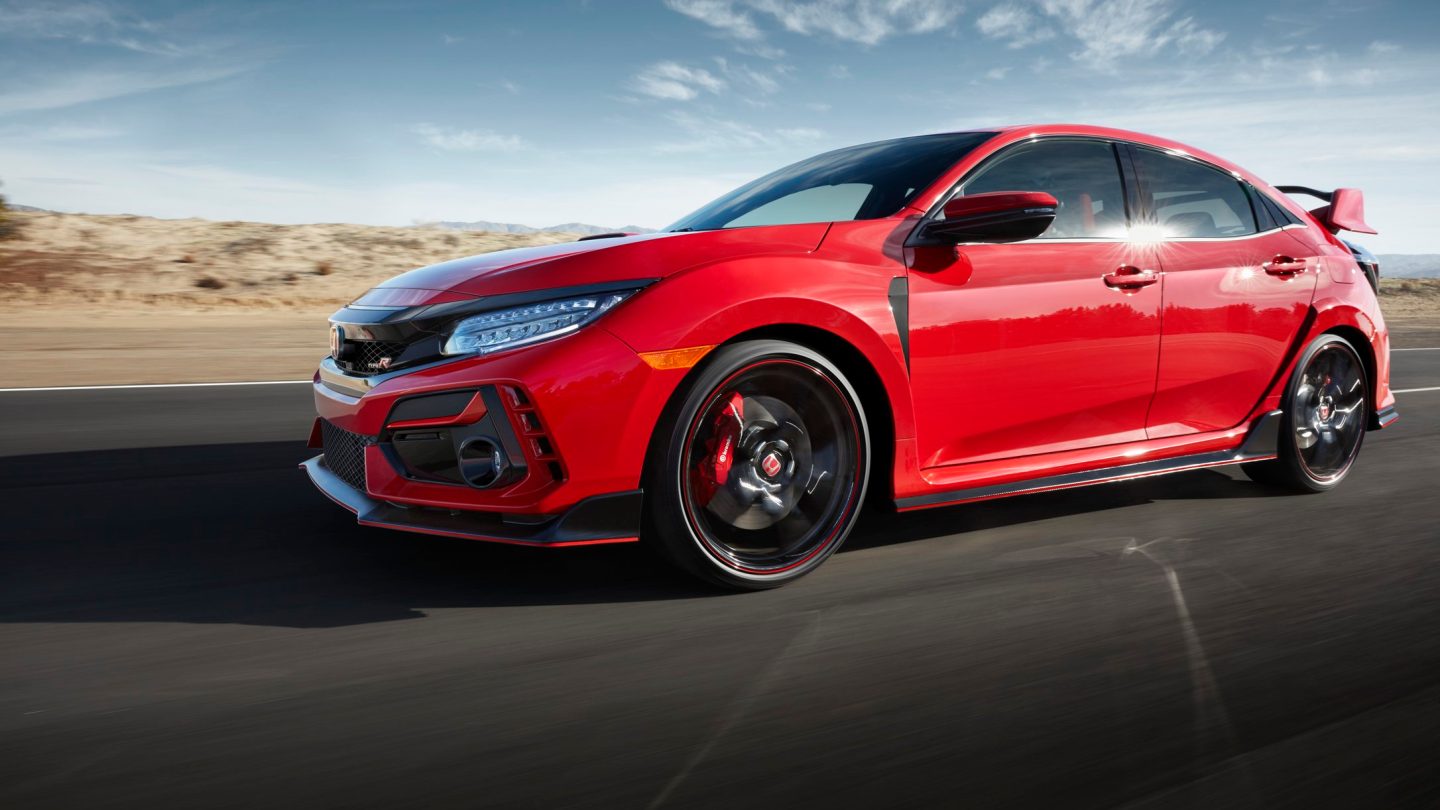 Honda’s Civic Type R has consistently turned heads and, as Honda likes to tout, earned itself “near-universal” acclaim since its US launch in 2017 — picking up awards like being named a 2018 AUTOMOBILE magazine All-Star and a 2018 Editor’s Choice by Car and Driver. That’s in addition to the stellar reputation the car has garnered from racing professionals who’ve taken the Civic Type R TCR to the Pirelli World Challenge series along with other major Touring Car series.

Next week, the Civic Type R’s 2020 edition will start arriving at Honda dealerships in the US (on February 28, to be exact), and the new model will bring a slew of updates that include everything from tweaks to the car’s ride and handling, braking performance, and engine cooling. The 2020 Type R also sports freshened-up exterior and interior stylings, standard Honda Sensing® safety and driver-assistive technology, as well as a gorgeous new Boost Blue exterior color. And in related news, Honda is also releasing its first-ever performance datalogging app this spring that will be available exclusively for use with the Type R.

The Manufacturer’s base suggested retail price for the new Type R, not including taxes or the standard destination fee, is $36,995. Among the exciting features and additions to the model:

According to Honda, updates to the Civic Type R’s front and rear bumpers include body-colored accents to the bumper cutouts. There’s also an all-new grille design with a larger opening, as well as an updated radiator core, that delivers improved engine cooling in high-demand situations. The car also allows for more responsive and sharper handling thanks to an updated suspension, and the Adaptive Damper System’s control system can now evaluate conditions on the road 10 times faster. The new Type R draws power from “a race-bred 2.0-liter direct-injected and turbocharged 4-cylinder engine with VTEC™ valvetrain,” according to Honda, “putting out a peak 306-horsepower and 295 lb.-ft. of torque (both SAE net), with power to the front wheels delivered through a close-ratio 6-speed manual transmission and limited-slip differential.”

Also new, meanwhile, is that for the first time in any Honda car, the Civic Type R is getting a new performance datalogger known as Honda LogR™.

The new datalogger combines the onboard computer and sensors in the Type R with a smartphone app so that drivers can track and record various performance metrics when driving on a track or other closed courses. Honda also promises that getting exclusive access to the Type R’s onboard computer means the Honda LogR can deliver “much more detail than third-party performance logging apps.”

The app, which will be available for both iOS and Android devices, will feature three main functions: A Performance Monitor, a Log Mode, and Auto Score Mode — the latter of which is supposed to encourage smooth driving by monitoring a driver’s braking, acceleration, and steering, and then offering up a score based on the smoothness algorithm.

All interaction with the app while driving happens through the car’s Display Audio screen. When the phone is unplugged from the vehicle, the app’s Log Mode and Auto Score offer deeper analysis that includes data about previous drives, performance traces and replays using maps and detailed vehicle information.