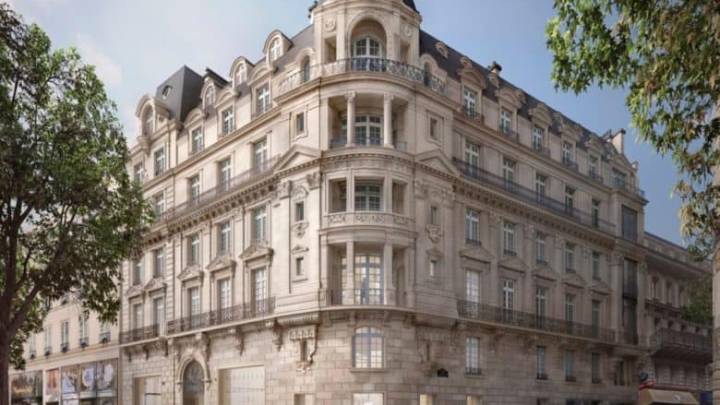 The Champs-Elysées is a famed avenue in Paris that’s home to cafes, theatres, super-luxe shops — and, soon, a new flagship retail store from Apple.

Apple has confirmed that the new store, where it signed a 12-year lease in late 2015, will open in November. That’s according to a report from French publication La Chaîne Info. Apple is reportedly paying 12 million euros per year for the space, the design of which it teamed up with Norman Foster of the architectural firm Foster and Partners.

9to5Mac reported earlier this year that Apple had secured a lease for the space, totalling 20,341-square-feet in the seven story building at 114 Avenue des Champs-Elysées. The plan is to open a retail store on the lower levels of the building and to use the upper levels for office space.

One thing this building won’t have is those massive windows across the front that you see at Apple stores in the US. Per a separate 9to5Mac report this week, Apple retail chief Angela Ahrendts showed off renderings of the new Paris store while speaking at Steve Jobs Theater last year, presenting changes that include expanding the former building tenant’s street-level windows while also preserving the picturesque and very Parisian character of the building.

“Inside, the structure had been heavily modified over the years,” according to that report. “Apple has completed significant renovations themselves (and) Ahrendts mentioned that the building’s 5-story atrium was to become Apple’s largest forum.”

At the moment, Apple operates 19 retail stores in France, with three of those located in the City of Lights. Along with the new store opening, meanwhile, Apple is closing its store in the Carrousel du Louvre shopping mall. That one was Apple’s first in France, and the company is apparently offering employees there positions at the new store.

“The Apple Store on the Champs-Elysées will employ the design philosophy used with other locations that have opened recently around the world, with a greater emphasis on education and community than just selling iPhone, iPad, and Mac computers,” according to Cult of Mac. “It will also emphasize using clean energy, trees, and natural light whenever possible. At the same time, the exterior will harmonize with the appearance of the Champs-Élysées.”

Of course, pretty retail storefronts aren’t the only reason Apple is making lots of news this week. In case you hadn’t heard, there’s, you know, a little iPhone event happening tomorrow.