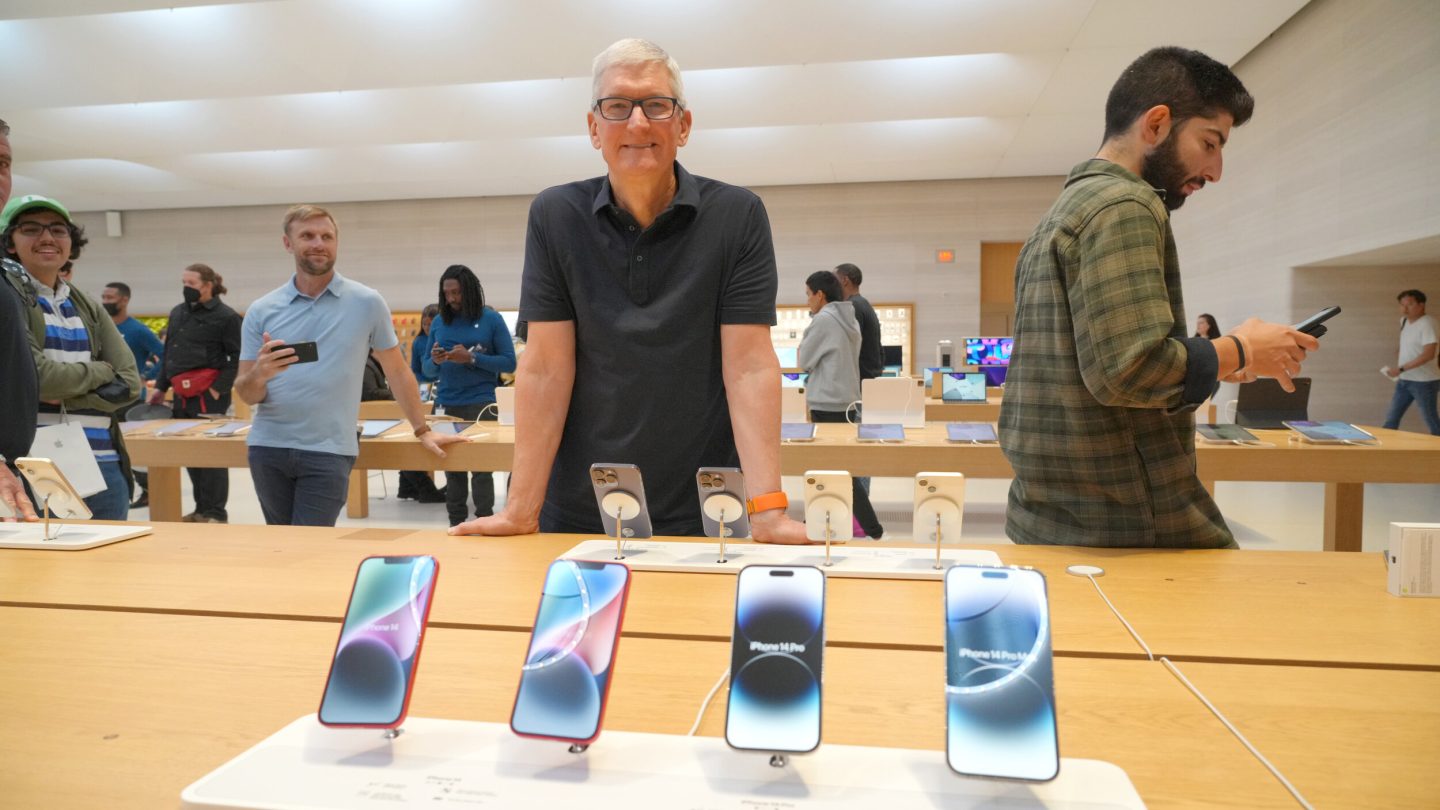 Apple has just unveiled its fiscal Q4 earnings report, among the most highly anticipated of the week and one that investors will be dissecting closely to see what impact trends like rising inflation and disappointing early iPhone 14 sales might be having on the performance of the most valuable company in the world. A company, by the way, whose performance this quarter was also being measured against a record-breaking fourth quarter in 2021 — and Apple still managed to post a revenue improvement.

For the three-month period that just ended in September, Apple recorded $90.1 billion in revenue. As a point of contrast, Apple during the same year-ago period posted revenue of $83.4 billion and $1.24 EPS.

Ahead of the iPhone maker’s latest earnings report, analysts were anticipating revenue in the $88.6 billion range — an estimated increase of 6.3% over the same period last year. In terms of the actual results, though? Apple’s revenue was tantamount to earnings per share of $1.29, topping the consensus analyst estimate of $1.27.

“This quarter’s results reflect Apple’s commitment to our customers, to the pursuit of innovation, and to leaving the world better than we found it,” Apple CEO Tim Cook said about the numbers. “As we head into the holiday season with our most powerful lineup ever, we are leading with our values in every action we take and every decision we make. We are deeply committed to protecting the environment, to securing user privacy, to strengthening accessibility, and to creating products and services that can unlock humanity’s full creative potential.”

With the higher-end iPhone models faring better sales-wise, and Apple reportedly seeing less-than-stellar demand in certain international markets, it will be even more interesting to see how the company fares during the quarter after this one, the all-important holiday period. Also of note, iPhone sales have generally cooled down a bit in recent quarters, though that’s not necessarily a judgment on Apple — at least, not completely.

Part of the current iPhone sales trend simply lies in the fact of lazy bums like me dragging our feet when it comes to the rigamarole of upgrading what’s already a good-enough iPhone (it’s on my to-do list, Tim!). Along these same lines, market researcher IDC has described a broader drop in smartphone shipments this year as being the result of “record-breaking inflation, geopolitical tensions, and other macroeconomic challenges that have significantly dampened consumer demand.”

IS $AAPL APPLE NEXT ?? APPLE HAS EARNINGS TODAY AFTER HOURS. pic.twitter.com/OlNm9hH98I

Indeed, there’s a bigger story here than one focused just on Apple, with recession angst and an inflationary environment overshadowing the latest earnings reports from other Big Tech names like Microsoft, Amazon, and Alphabet. They and others have either reported slowdowns or warned that the near-term economic outlook looks to be worsening.

Today’s Apple earnings report, meanwhile, comes at the end of a week that’s already been jam-packed with Apple news, including everything from confirmation that iPhones will get USB-C charging to the price of the company’s services like Apple TV Plus going up — as well as new rules and ad placements for the Apple App Store.

Among other things, the new App Store rules include a clarification that “boosted” social media posts will be subject to Apple’s in-app payment tax, much to the chagrin of companies like Facebook. And in other Apple news, Target this week also announced that it’s more than tripled the number of “Apple at Target” store-within-a-store locations this year, with the retailer now offering more than twice the space as before that’s dedicated to Apple products like the iPhone 14, Apple Watch Series 8, and Apple Watch Ultra.

Wall Street, for its part, especially loves the Services story at Apple, given that the revenue stream on that score is a bit more reliable and constant than the ups and downs associated with hardware sales — and predictability is something that’s definitely in short supply right now, given that we’re heading into a recession, inflation is way too high, and Russia’s invasion of Ukraine is roiling global energy markets.

iPhones themselves may or may not be totally recession-proof, but strong sales for digital services like Apple Music and Apple TV Plus (by the way, when are we getting Season 3 of Ted Lasso, guys??) are expected to continue. This quarter, Services revenue hit $19.1 billion, off just slightly from the analyst estimate of $20 billion — for an increase of 4.98% year-over-year.