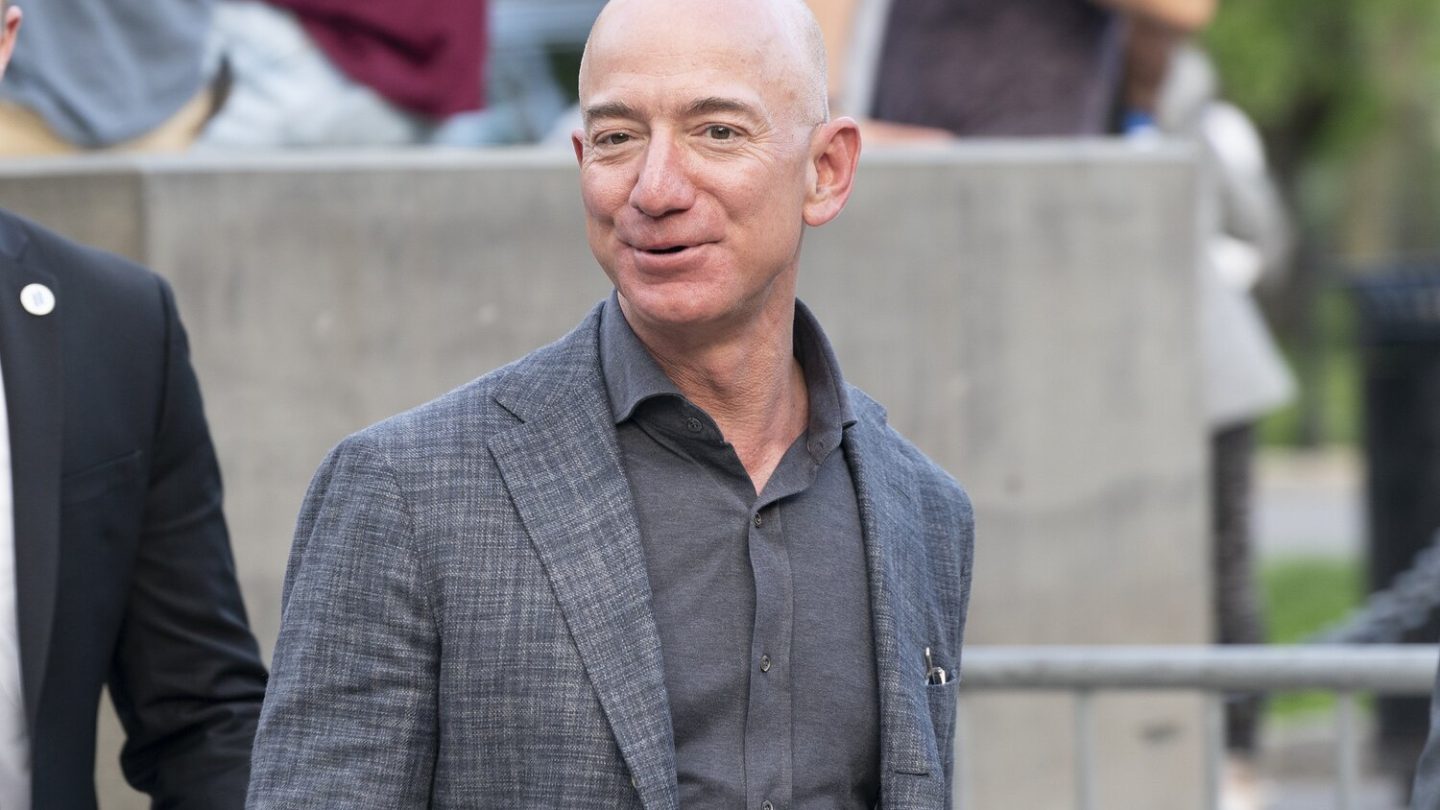 Amazon stunned Wall Street on Tuesday afternoon by announcing the surprise news that founder and longtime CEO Jeff Bezos is giving up his CEO title later this year, transitioning to the role of executive chairman — which will presumably free him up to focus on other passion projects, like his Blue Origin space company and his ownership of The Washington Post.

This transition will unfold later this year, sometime in the third quarter, according to Amazon’s announcement. Amazon didn’t precisely spell out what precipitated this move and why Bezos is choosing the third quarter of this year to give up his CEO title. Suffice it to say, however, this will be one of the most fascinating and consequential executive transitions to watch in tech (whenever Apple CEO Tim Cook decides to leave is another that comes to mind). Bezos founded the company, and what’s all the more interesting about his decision to transition out of the CEO role now is that it comes amid a still-raging pandemic, when people have relied on services like Amazon’s more than ever.

Almost a year ago now — it was in March of 2020 — Bezos was in thick of Amazon’s still-forming strategy in response to the pandemic, which included everything from hiring tens of thousands of new workers to Bezos himself inviting workers who’d been laid-off from their jobs because of the pandemic to consider applying at Amazon. “There is no instruction manual for how to feel at a time like this,” Bezos wrote in a COVID-focused memo at the time.

Some 20,000 Amazon workers would eventually test positive for COVID-19, and the company also cut hazard pay for workers in the summer. Speaking of the pandemic, the CEO also found himself in the awkward position of seeing his wealth explode over the past year, by roughly $70 billion, to put his overall net worth at around $186 billion by the end of 2020. That estimate, by the way, comes from his own paper, the Post.

Amazon’s cloud services division has over the years grown to become a staggeringly successful piece of Amazon’s overall business, compared to the retail component that made Amazon a household name in the first place. Accordingly, it’s no surprise that the leader of that cloud division was chosen to fill Bezos’ shoes.

Going forward, it will be interesting to see what, if any, priorities at Amazon change in the short-term. Will Jassy care as much about Amazon’s Netflix-like TV and movie streaming service? Will he maintain Bezos’ interest in building up a FedEx-like last-mile solution, in the interest of continuing to wean the company away from third-party carriers? Speaking of Apple, will he be a Cook-like figure who succeeds at least at first by maintaining and doubling-down on his predecessor’s initiatives, barring some new targeted experiments?

Here, by the way, is the full text of the email Bezos sent out to the company’s employees Tuesday announcing this move:

I’m excited to announce that this Q3 I’ll transition to Executive Chair of the Amazon Board and Andy Jassy will become CEO. In the Exec Chair role, I intend to focus my energies and attention on new products and early initiatives. Andy is well known inside the company and has been at Amazon almost as long as I have. He will be an outstanding leader, and he has my full confidence.

This journey began some 27 years ago. Amazon was only an idea, and it had no name. The question I was asked most frequently at that time was, “What’s the internet?” Blessedly, I haven’t had to explain that in a long while.

Today, we employ 1.3 million talented, dedicated people, serve hundreds of millions of customers and businesses, and are widely recognized as one of the most successful companies in the world.

How did that happen? Invention. Invention is the root of our success. We’ve done crazy things together, and then made them normal. We pioneered customer reviews, 1-Click, personalized recommendations, Prime’s insanely-fast shipping, Just Walk Out shopping, the Climate Pledge, Kindle, Alexa, marketplace, infrastructure cloud computing, Career Choice, and much more. If you get it right, a few years after a surprising invention, the new thing has become normal. People yawn. And that yawn is the greatest compliment an inventor can receive.

I don’t know of another company with an invention track record as good as Amazon’s, and I believe we are at our most inventive right now. I hope you are as proud of our inventiveness as I am. I think you should be.

As Amazon became large, we decided to use our scale and scope to lead on important social issues. Two high-impact examples: our $15 minimum wage and the Climate Pledge. In both cases, we staked out leadership positions and then asked others to come along with us. In both cases, it’s working. Other large companies are coming our way. I hope you’re proud of that as well.

As much as I still tap dance into the office, I’m excited about this transition. Millions of customers depend on us for our services, and more than a million employees depend on us for their livelihoods. Being the CEO of Amazon is a deep responsibility, and it’s consuming. When you have a responsibility like that, it’s hard to put attention on anything else. As Exec Chair I will stay engaged in important Amazon initiatives but also have the time and energy I need to focus on the Day 1 Fund, the Bezos Earth Fund, Blue Origin, The Washington Post, and my other passions. I’ve never had more energy, and this isn’t about retiring. I’m super passionate about the impact I think these organizations can have.

Amazon couldn’t be better positioned for the future. We are firing on all cylinders, just as the world needs us to. We have things in the pipeline that will continue to astonish. We serve individuals and enterprises, and we’ve pioneered two complete industries and a whole new class of devices. We are leaders in areas as varied as machine learning and logistics, and if an Amazonian’s idea requires yet another new institutional skill, we’re flexible enough and patient enough to learn it.

Keep inventing, and don’t despair when at first the idea looks crazy. Remember to wander. Let curiosity be your compass. It remains Day 1.