Could this be a leaked invite for the Xbox Series X reveal event?

After sprinkling details about their respective next-gen consoles throughout last year, Microsoft and Sony have been all but silent in the first month or so of 2020. Back in January of 2013, Sony invited members of the press to attend a special “PlayStation Meeting” at the end of February to unveil the PS4. We know Sony is planning to launch the PS5 this holiday season, but January came and went without a peep. If there’s going to be a reveal event this February, there isn’t much time left to announce it, and we’re likely going to have to wait until at least next month.

Microsoft actually waited until May of 2013 to host a reveal event of its own, which was an interesting choice with E3 2013 just around the corner. Separately, the event was also a complete disaster, so it’s hard to imagine that Microsoft will follow the same script when it comes to launching Xbox Series X. For that reason (and a few others we’ll discuss below), we’re struggling to discount an admittedly very sketchy Xbox leak that surfaced this week.

The following image began making the rounds on Reddit and Twitter on Thursday. It is said to be an unfinished draft of an invite for the Xbox Series (no X because there is more than one Series being announced?) reveal event, which is why a bunch of placeholder Latin text has been pasted on the bottom of the invite: 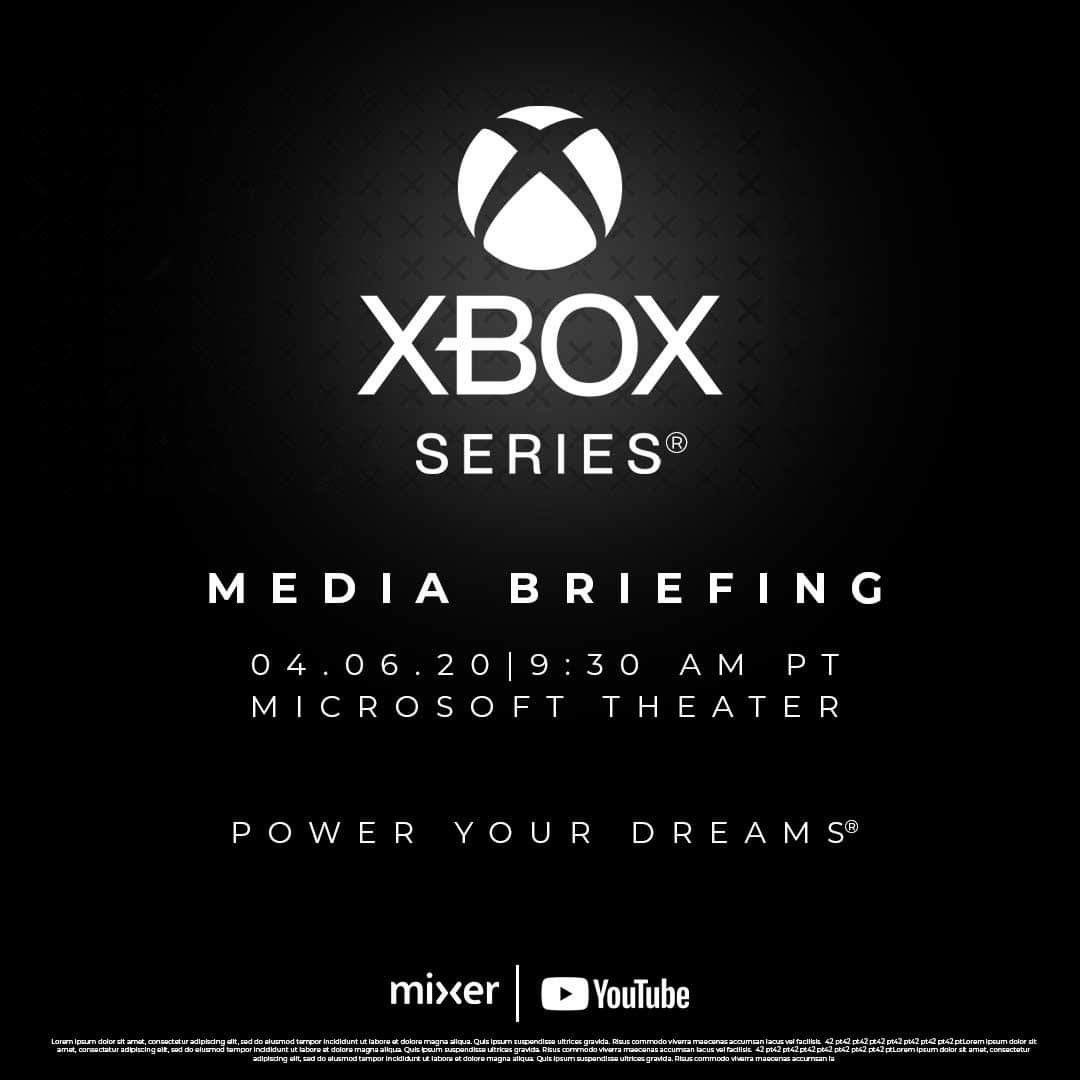 Providing the date is meant to be read in US format, Microsoft is potentially holding an event at the Microsoft Theater in Los Angeles (the same venue where the company holds its E3 press conferences) on April 6th, 2020 at 9:30 AM PT / 12:30 PM ET. As no one seems to have any proof that this was actually lifted from Microsoft’s website, and Microsoft hasn’t hinted at any plans for this year so far other than attending E3 2020, the most likely scenario is that someone mocked this up for fun and a bunch of desperate gamers made it go viral.

On the other hand, it seems incredibly unlikely that Microsoft will wait until June 7th — the Sunday before E3, which is when the company typically hosts its big press conferences — to show off the new Xbox. The gaming industry doesn’t work like the phone industry, and no console maker is going to wait until a few weeks before release to show us what their new console does. Even Nintendo, a company notorious for playing by its own arcane rules, revealed the Switch and all of its key features five months before its eventual launch in March of 2017.

All of that said, we’re going to take this leak with a grain of salt for now, but the closer we get to the holiday season without an actual announcement from either Sony or Microsoft, the more likely it is that something major is going to leak online. There’s certainly a chance that this is the first of those major leaks.