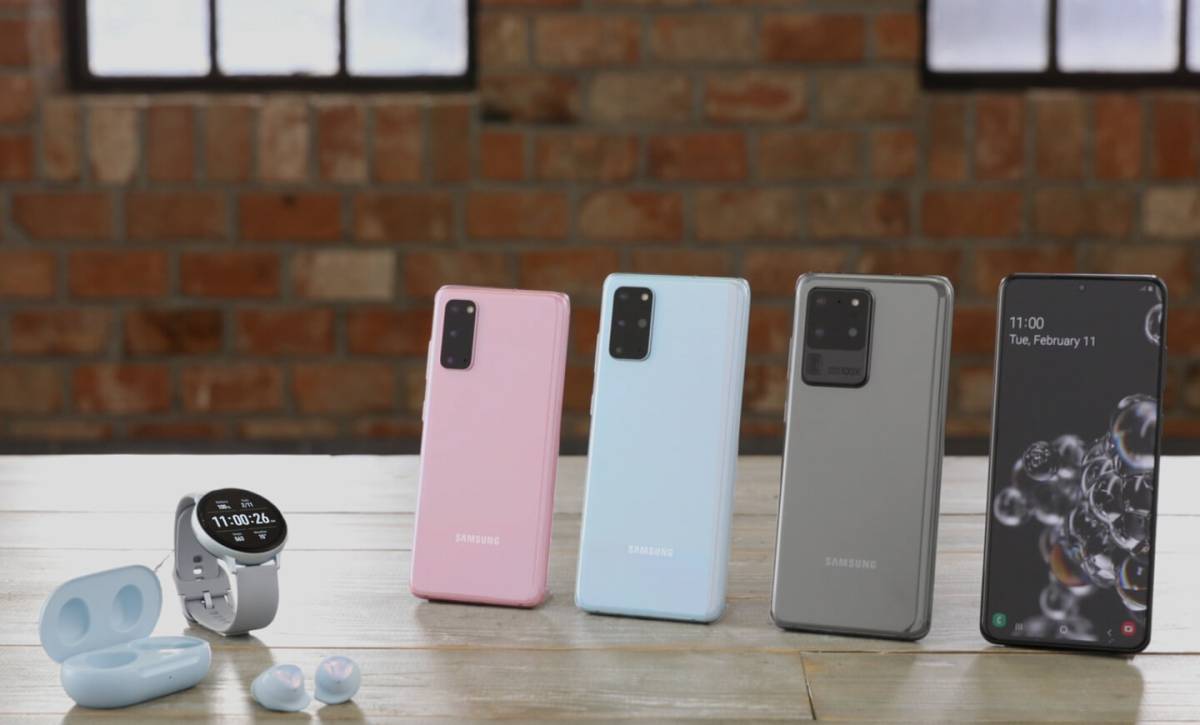 Google last fall thought it would be able to control Pixel 4 leaks by revealing some of the phone’s signatures features a few months before the actual announcement, but the whole thing backfired. Google’s mini announcements only helped us better assess the validity of the various Pixel 4 rumors that kept piling up as we got closer to October. Fast-forward to February, and almost the same thing happened with the Galaxy S20. Samsung didn’t host any S20 events before the February 11th Unpacked press conference, but the company made several mistakes that helped us confirmed all the Galaxy S20 rumors out there, including the big name change and the phone’s impressive new camera.

Thankfully, Samsung just put an end to all the rumors by announcing the Galaxy S20 in San Francisco — well, technically, it jumped the gun and announced the phone several hours before the event. Should you get excited? You absolutely should. The Galaxy S20 will be one of the best Android phones money can buy in the first half of the year. That said, the S20 series is very expensive, and only the Ultra model packs that exciting camera that nobody else has along with an industry-first 16GB of RAM.

As rumors said, the Galaxy S20 will come in three sizes, including a 6.2-inch display (Galaxy S20), a 6.7-inch display (S20+), and a huge 6.9-inch screen (S20 Ultra). All of them will have the exact same design apart from the cameras around back. The phones look like the Galaxy Note 10 but with rounded corners and edges. And those edges, by the way, are flatter than expected for a Galaxy S phone. On the back, all three phones feature triple rear cameras with the Plus and Ultra models also getting an additional 3D camera that measures depth of field. And yes, there’s no headphone jack on any of these models. You’ll have to go for USB-C audio or get wireless earbuds, such as the new Galaxy Buds+ that were also announced during Tuesday’s event.

The Galaxy S20’s main features include 5G connectivity, an Infinity-O hole-punch OLED screen with a 120Hz refresh rate, and that formidable new camera. Of note, 4G-only versions will also be available in some markets to help make the phones more affordable.

The specs are practically similar across the board. You get either the Snapdragon 865 or Exynos 990 processor depending on the market you’re in, and it’s paired with at least 12GB of RAM and at least 128GB of storage. If you’re ready to splurge, you can order the Galaxy S20 Ultra with 512GB of storage and a whopping 16GB of RAM, which have to be the most insane specs we’ve ever seen on a phone.

The camera announcements also match up perfectly with previous leaks. The Galaxy S20 Ultra comes with a 108-megapixel primary camera that will fuse nine pixels for stunning 12-megapixel low-light shots, according to Samsung. The Ultra’s periscope camera, meanwhile, can deliver 10x hybrid optical zoom as well as AI-powered 10x zoom. Combine those and you end up with 100x super resolution zoom (Space Zoom) on the Ultra. The more affordable Galaxy S20 and S20+ both stop at 3x hybrid optical zoom and 30x Space Zoom.

Other camera features include 8K video recording and a brand new Single Take feature that lets you record videos and photos simultaneously.

Other features include a new integration between Spotify and Bixby Routines that will let you listen to personalized playlists based on what you’re doing, as well as exclusive Netflix content created for the Galaxy S20 phones. Music Share, meanwhile, is a feature that will let you extend your Bluetooth connection to a car radio or speaker, and Google Duo comes preloaded on the phone as the default video chat app.

The brand new Galaxy Buds+ won’t exactly be bundled with Galaxy S20 preorders. Instead, Samsung will give you credit that can be used towards the purchase of Galaxy S20 accessories, Buds+ included. You’ll qualify for $100, $150, or $200 Samsung credit depending on the S20 you preorder. As for the new Buds, the earphones will deliver better sound, better battery life, and Spotify integration. As for the official Galaxy S20 release date, the S20 series will ship to buyers beginning on March 6th, with preorders starting on February 21st.