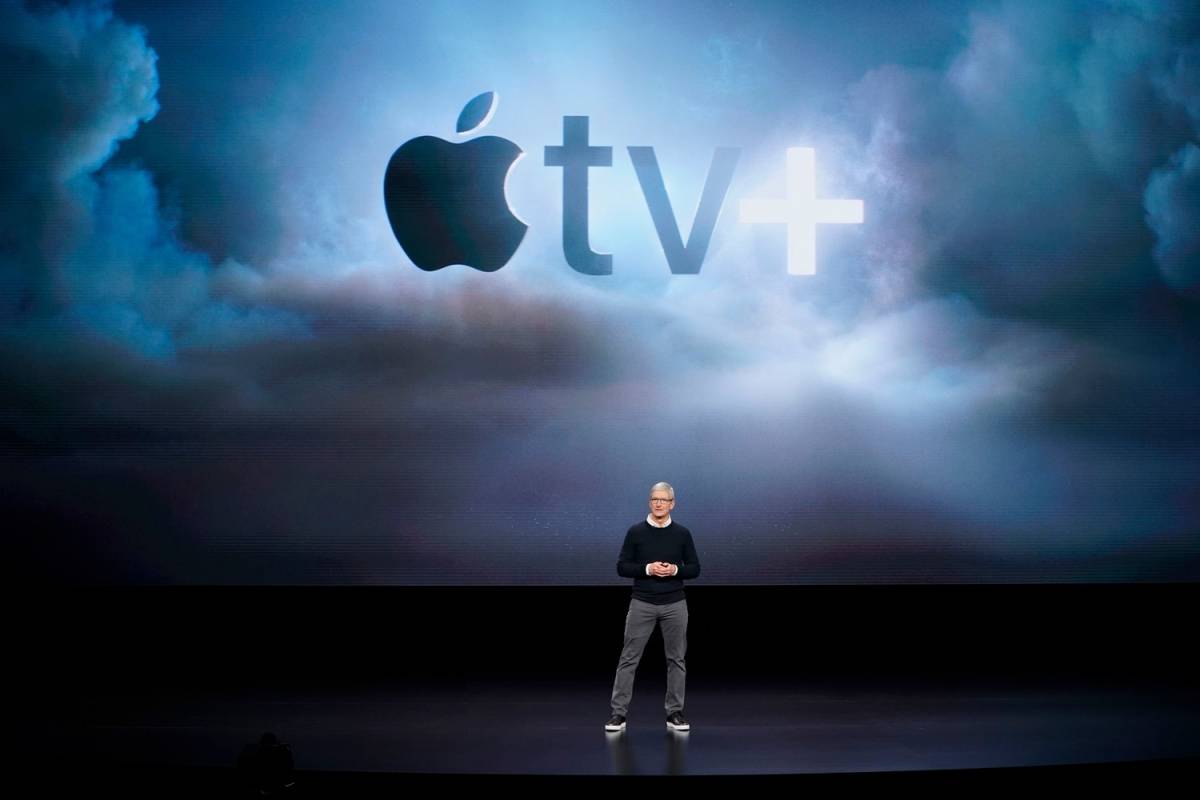 After months of interest and curiosity, along with reports of production budgets that have stretched into the tens of millions of dollars, Apple is set to finally enter new business territory that couldn’t be more different from the sleek gadgets the iPhone maker is known for. Apple TV+, the company’s streaming video service that will fight for a bit of the same ground as Netflix, is set to launch one week from today (on November 1).

Getting here has involved lots of dealmaking behind the scenes, to both finagle participation from Hollywood talent and executives and to build up a launch-day slate of splashy TV series. All that remains now is convincing users to fork over $4.99/month to pay for the service, which you’ll use Apple’s existing Apple TV app to watch. To help make that determination, the following is meant to serve as a guide and offer some of the major details you need to know.

Below, you’ll find trailers for the Apple original series that will be available to watch on Day 1. You’ll note, quantity-wise, there’s not a lot here — which is by design. Apple is not trying to go toe-to-toe with Netflix, though they are rivals of sorts. The promise here is HBO-style curation, to try and convince subscribers that if it’s here, that’s because we think it’s premium content. Which isn’t a knock against Netflix, of course. Netflix offers an impossibly massive library of content, though it, too, offers buzzy, high-quality entertainment options.

Apple’s launch of the service is not only a milestone for the company; it also kicks off a month that will see some major developments in the ongoing Streaming Wars. Next up, come November 12, is Disney’s turn with its launch of Disney+.

In terms of what this moment represents for Apple though — this is nothing less than a high-stakes bet that the company known for Macs and iPhones can successfully plant a flag on the content creation battlefield, one upon which is littered the carcasses of so many other companies and services that have tried and failed at this same endeavor.

The mistake tech companies too-often make here (Yahoo is a prime example. Remember when it tried to do this same thing and resurrected Community?) is to assume that throwing gobs of money at this problem will guarantee wins. The bull vs bear case here is pretty straightforward. Apple fans will tell you the company has spent the entirety of its corporate existence focused on quality, on well-made things, and this is just another thing. Jennifer Aniston, the co-star of one of Apple TV+’s marquee series The Morning Show, said as much to one reporter earlier this month: “Apple is pretty awesome. They make cool stuff. Why wouldn’t they maybe make cool television? And they are all about quality, not quantity, so that was really appealing.”

Not that there haven’t been growing pains. More than one series that’s part of the still un-launched service has made a change at the top. Steven Spielberg’s Amazing Stories anthology series ditched its showrunners, and the Jason Mamoa-led drama See is rumored to be preparing to do the same. In recent days, as China continues to garner international criticism linked to ongoing protests in Hong Kong, news accounts circulated of Apple executives reportedly having told some creators to avoid presenting China in a negative light.

To be sure, this isn’t a flight of fancy for Apple. Construction is underway on an office building that will eventually house around 1,000 Apple workers in Culver City, the area within Los Angeles that’s home to more than one major movie studio.

Now, on to the details about what awaits anyone who signs up for the services. These are the shows that will be available to watch on launch day:

See: A drama starring Jason Momoa and Alfre Woodard. It’s set centuries in the future after a virus has killed most humans and left the survivors blinded.

The Morning Show: A drama starring and executive produced by Reese Witherspoon and Jennifer Aniston (in addition to starring Steve Carell). It goes behind the scenes at a fictional morning news show.

Dickinson: A coming-of-age drama that retells the story of poet Emily Dickinson.

For All Mankind: A series from Ronald D. Moore that presents an alternative history of the so-called space race between the US and Russia.

Also coming to the service: A slate of original children’s programming, in addition to content related to an Oprah Winfrey-led book club for Apple TV+. Each episode of Oprah’s show will focus on a book selection and include an interview related to it.

Beyond this initial batch of shows, Apple is rolling out additional waves of content that’s coming to the service eventually. That content includes The Banker, a feature film inspired by real-life events and stars Anthony Mackie and Samuel L. Jackson as a pair of African American entrepreneurs. In spite of the pervasive racism of their era, in the 1950s, they work to quietly extend loans to African Americans in Texas so that they can buy homes.

Hala is another feature film that will be available. It follows a high school teenager trying to juggle the normal demands of high school with her traditional Muslim upbringing, and it was an official 2019 Sundance Film Festival selection. Additionally, Apple recently announced that the first TV series it’s making in-house via a new Apple content studio is a sequel to one of the best series HBO ever aired. That HBO series is the WWII-themed Band of Brothers, and Steven Spielberg and Tom Hanks will join forces to produce a nine-episode series called Masters of the Air that will serve as a sequel.

If your only criterion is whether or not a streamer represents good value, it’s pretty easy to argue that Apple’s service is a good deal. There’s not a lot of content, compared to something like Netflix, but the price is so low it’s practically free.

One interesting wildcard that may come to fruition: There’s a rumor that Apple is laying the groundwork for what would eventually be a content mega-bundle that includes Apple TV+ as well as a subscription to Apple Music. The company has begun talks with various media companies who’d need to be part of an attempt to launch such an offering, and while it’s still very much in the early stages and no pricing details have trickled out yet, that’s something that will be interesting to watch.