Massive ‘Game of Thrones leak tells us who lives, who dies, and who takes the Iron Throne 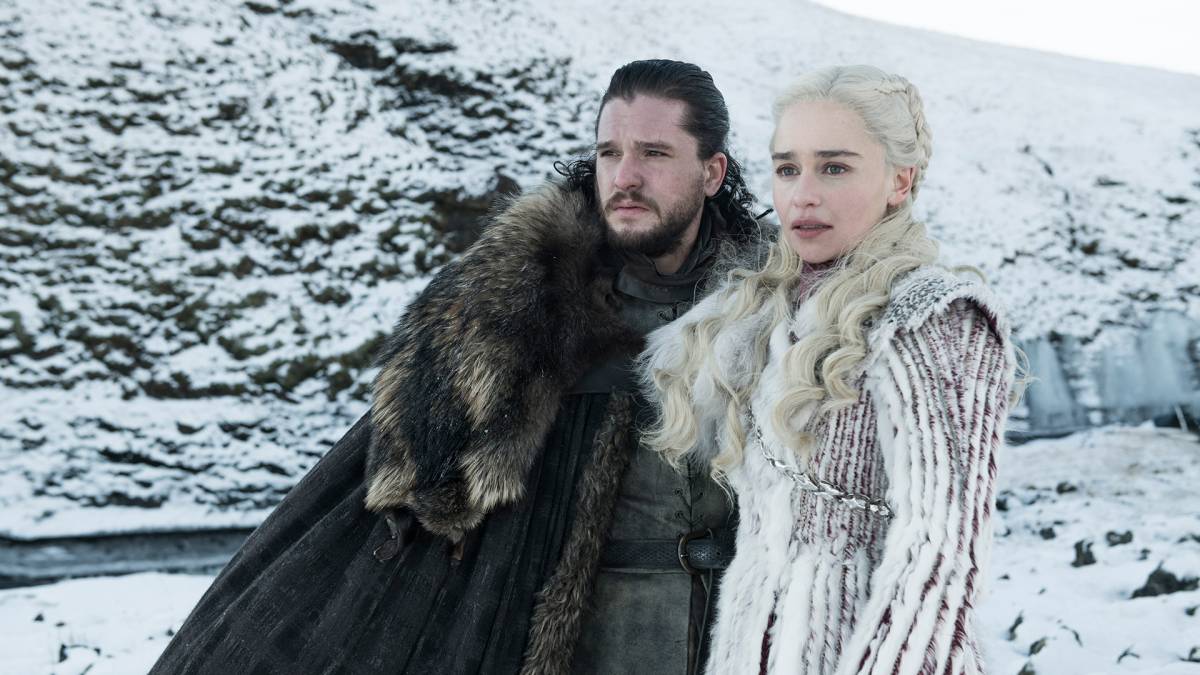 The Game of Thrones finale is almost upon us, as a single episode remains in the incredibly disappointing season 8. Fans had such great expectations for this final season, but the show came nowhere close to meeting them. There’s no denying that we’ve had some great moments in the current season, but more often than not we’ve been disappointed by the logic of it all. The storyline is fine, but the writing has been pitiful. The sprint to wrap everything up is finally almost over, but that doesn’t mean you need to wait to learn who lives, who dies, and who gets to sit on the Iron Throne once season 8 is done. That’s because there’s a massive Game of Thrones leak out there that reveals all. Before we proceed, you should know massive spoilers follow below, in case you actually still care about the show despite how terribly this final season has been.

We already looked at this huge leaks collection last week and it turns out that whoever leaked the plot to episode 5 was right on the money. The leak told us ahead of time who would die and how they would perish, and everything happened exactly as we were told it would.

Since we last visited the huge leak, Reddit user cgmcnama has updated it with new information. It turns out that HBO shot two different endings for one character, as you’ll see below.

The writers butchered her character throughout the season, and Dany will die in the finale by the hand of none other than Jon Snow. The Unsullied will apparently head to Essos where they’ll continue freeing people in their own way. Drogon will carry Dany’s dead body away after Jon kills her.

Jon Snow, you still know nothing after all these years. You’ve only got yourself to blame for Dany’s carnage in episode 5, you know?

That said, the leaks tell us that Jon will kill Dany in the finale, in what appears to be a bittersweet end. Tyrion will help convince him to do it, not that he needs much convincing following Daenerys’ decision to kill all those people in King’s Landing:

Jon snow finally sees Arya after they reach the Irone Throne in King’s Landing. (I think this means that he hasn’t seen her since she left Winterfell ahead of him) Dany starts executing everyone in Kings landing (Tyrion and Jon are upset) Dany has Tyrion arrested for freeing his brother. (his trial is supposed to have neither Dany or Jon present) Tyrion tries to convince Jon to turn on Dany. His family will never be safe because it threatens Dany’s legitimacy. Jon is horrified by what Dany has done to King’s Landing, and she gives speeches about how she’ll keep doing it to free slaves from their chains. He’s also convinced by Tyrion that his family will never be safe because he presents a threat to her rule. Jon tries to talk to Dany but she ignores him thinking she is justified. Jon pledges himself to Dany, then stabs her, and surrenders himself. Very traumatic for Jon because he does love her.

Jon will apparently take the black again, becoming the 1000th commander of the Watch. But… umm… why do we need the Watch now that the White Walkers and all the wights are gone?

Apparently, the new king will have a hand in sending Jon to man the Wall, but more on that later.

No, the dwarf will not sit on the Iron Throne. He might crave it, at least secretly, but he’ll get to sit on the King’s council at best. This is where the two endings come into play. One ending says that Dany will imprison him, and he’s supposed to go on trial. But will he live or will he die? It’s not entirely clear:

Tyrion’s trial in the dragon pit is a major scene and has no Jon, Dany, or dragons. Sir Davos is present not wearing the Hand of the King pin (he wasn’t in 8×04 either) along with all 3 stark children. Samwell Tarly, Brienne, Robyn Aryn, Grey Worm, an unknown man wearing golden clothes (likely Dornish), and another unidentified man (an older short bearded one dressed in green) will be there as well. Bran will flashback to season 1 where Tyrion Lannister told Catelyn Stark, “I never bet against my family.” Tyrion is filled with anger and resentment against the people of Kings Landing because he saved them against Stannis and they still turned on him. Thinks people of King’s Landing deserved it. He saved them and were ungrateful (trial of Joffrey’s murder) Will fall to his knees in the middle of the speech dragged down by the weight of his actions. His death was filmed in studio so not sure how he dies.

The other ending says that Tyrion will end up serving on Bran’s council. That’s right, Bran will supposedly take the Iron Throne come next week’s series finale:

A council gets formed to decide who the King should be. Tyrion gives a speech and everyone votes on Bran to become King. The end. In the Epilogue, Jon takes the black again for killing Dany. (I think this is penance for regicide and guilt. People take the black to avoid the death penalty, and he would be the 1,000th Lord Commander of the Night’s Watch) Arya leaves. (she told Clegane she would) Sansa rules the North. When they’re deciding who to elect as king, Sam suggests holding a democratic election and the other nobles laugh at him. That’s before they vote on Bran. Bran oversees his council of Tyrion, Davos, Sam, and Bronn. The Unsullied leave to cross the sea and start liberating slave cities on their own, because that’s Dany’s plan before Jon kills her — she has this big speech scene, after sacking King’s Landing, where she’s talking about wrecking the world, liberating all of the slaves from their masters

There’s also apparently a possibility that the two endings are combined. Tyrion could be tried for his treasonous crime, but he may be freed and then raised to the newly crowned King’s council.

Everyone else who matters has either been killed already or will survive the finale, so all we need now is to get through the final episode in season 8 so we can pretend this disaster of a final season never happened. Hodor!

Tweet
Hulk’s chat with The Ancient One in ‘Avengers: Endgame’ was almost a huge plot hole