Behold: This is our best look yet at Apple’s impossibly sleek iPhone 11 Max design 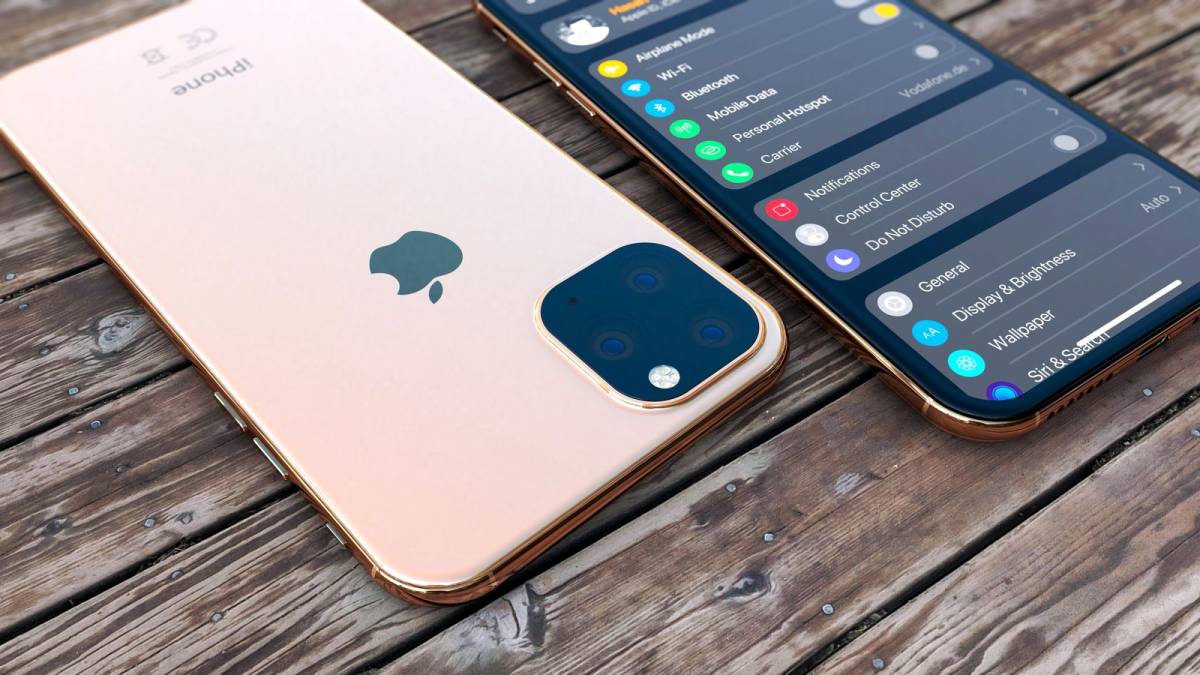 The upcoming new iPhone 11R — if that’s what Apple ends up calling it — will undoubtedly be the company’s top-selling new iPhone model following its release in September. The iPhone line has gotten so expensive that people will happily pass up a few high-end features in order to save hundreds of dollars. Despite that model’s inevitable popularity though, all eyes are currently on the flagship iPhone 11 and iPhone 11 Max phones. Flagships are always more exciting than lesser phone models, and such is the case with Apple’s upcoming iPhone 11 series. While we still don’t have all the nitty-gritty details, the world’s top Apple insider Ming-Chi Kuo says the iPhone 11 and 11 Max will have a new triple-lens rear camera system in addition to a bit more power and gorgeous OLED displays. The iPhone 11R, meanwhile, will have a dual-lens rear camera and an LCD screen without support for 3D Touch, similar to the one on the iPhone XR.

We’ve had a pretty good idea of what Apple’s new iPhone 11 and iPhone 11 Max will look like for quite some time. In fact, details surrounding Apple’s next-gen iPhone hardware first began leaking several months ago. But renders showing what is believed to be Apple’s finalized iPhone 11 and iPhone 11 Max designs didn’t leak until just last week. We were expecting the iPhone 11 series to be a boring rehash of the iPhone XS and iPhone X design, but a few key refinements reminded us how much better Apple is at hardware than its Android rivals. Then we saw the updated iPhone 11 Max design in greater detail, and once again it was better than we thought. Now, a new set of renders gives us our best look yet at Apple’s upcoming new iPhone 11 Max, and it looks impossibly sleek.

The past few days have brought us a series of iPhone 11 and iPhone 11 Max renders that were created using CAD files stolen from the factory where Apple’s next-gen iPhone models will be manufactured. They give us a very good idea of what to expect from Apple’s new iPhones, of course, but the renders are also pretty basic and boring. Here’s an example:

These renders weren’t really intended to be flashy, of course, but it’s always nice to see what these unreleased iPhones might look like with the fit and finish we know we’re going to get from a company like Apple. A graphic designer named Hasan Kaymak thinks so too, and that’s why he created a gorgeous set of renders showcasing the next-generation iPhone 11 Max.

Kaymak’s new renders are based on the latest available leaks and reports, so they’re probably very accurate representations of the upcoming iPhone 11 Max. There is one main area where the renders may differ from the real thing, however. Kaymak imagined the new iPhone 11 Max in both Space Gray and in Gold, but the area around the triple-lens camera array is black on both models. It looks better that way if you ask us, but rumor has it Apple will color-match that area to the rest of the back of the phone this time around. The other cool thing about Kaymak’s iPhone 11 Max renders is that many of them feature mockups of iOS 13’s upcoming new dark mode, which iPhone users have spent years clamoring for. Multiple reports say dark mode will indeed finally arrive in iOS 13, and we’re definitely looking forward to it. It certainly makes sense now that many of Apple’s iPhone models utilize OLED displays, which don’t light up pixels in areas that are black. This not only looks fantastic, but also saves battery life. Check out the rest of these gorgeous iPhone 11 Max renders over on Kaymak’s website. You’ll be glad you did.