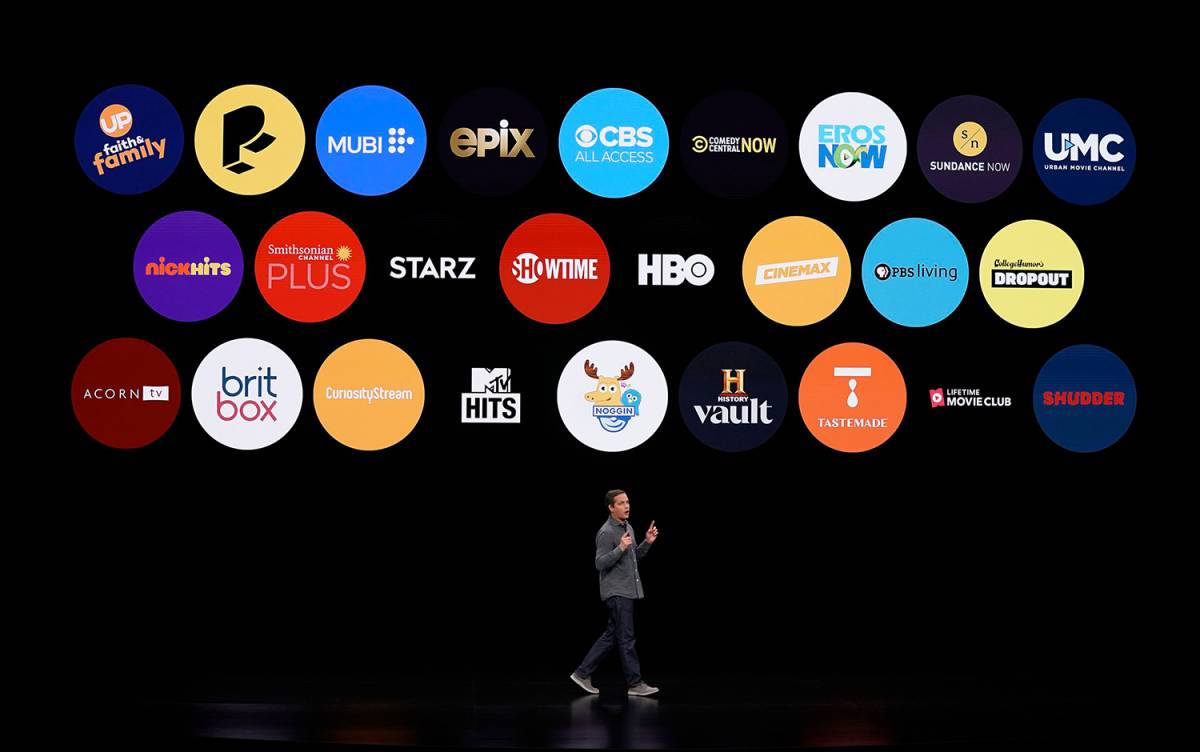 Honestly, I had very low expectations going into Monday’s big Apple event. I came away pleasantly surprised. We knew the focus would be some type of TV streaming service, and we knew there would be some sort of introduction to Apple’s original content efforts that we’ve been hearing so much about. Considering how long Apple has been floundering behind the scenes with its streaming efforts, I didn’t have high hopes at all. Apple actually managed to leave us with more questions than answers following yesterday’s “It’s Show Time” event, but Apple TV+ wasn’t the only new service Apple debuted at the Steve Jobs Theater in Cupertino, California on Monday.

We had heard plenty of rumors ahead of Apple’s press conference, so nothing the company announced came as much of a surprise. Even still, I came away far more impressed with most of what Apple showed us on Monday than I thought I would be. For me personally though, there is one and only one service Apple unveiled that I’m truly excited about, and it’s something I’ve wanted for quite some time.

For me, Apple News+ was the least attractive thing Apple announced during yesterday’s event. No one really cared about Apple Newsstand, and this is basically a glorified version of that old app combined with Apple News. It’s neat, don’t get me wrong. There are people out there who still subscribe to magazines for some reason. If even one or two of their favorite magazines are included in Apple News+, it makes financial sense to ditch their old subscriptions and pay $10 a month for unlimited access. Also, anyone who uses iOS devices and subscribes to The Wall Street Journal should switch the Apple News+ because they’ll save money. Personally, I don’t subscribe to WSJ or any magazines, so I’m not interested.

The new Apple Card looks fantastic. The card itself isn’t terribly exciting and the rewards are actually pretty standard. The parts that intrigue me are the tools Apple will provide to help people realize the true cost of their purchases with interest if they don’t pay them off immediately, and the options Apple is highlighting that are designed specifically to help people pay less interest. Credit card debt is a huge, huge problem and too many massive banks make too much money for anything to truly change this horribly anti-consumer industry. If Apple can help even one person pay less interest, I’m all for it. But again, the Apple Card isn’t something that appeals to me personally.

Apple Arcade is probably the one service Apple announced on Monday that I think has the best chance of being dead on arrival. It looks like most of the games Apple showed off aren’t actually exclusive to Apple Arcade, despite what the company’s presentation led us to believe. But the bigger problem is the very nature of mobile gaming. Nearly every successful game on the iOS platform is free to play (F2P), and they’re so successful because they make money from in-app purchases and advertising. Apple Arcade doesn’t allow in-app purchases or advertising. Plenty of developers will take Apple’s money to develop games for the service, but I don’t think users en masse will be willing to pay a monthly fee for access to a comparatively small catalog of games, most of which are not exclusive to Apple. That said, pricing is a huge factor here and Apple hasn’t yet announced anything on this front. I could see Apple Arcade appealing to some people at $4.99 a month, but I have a feeling it’ll be at least twice that price, if not more.

As for Apple TV+, it’s definitely Apple’s most difficult announcement to gauge at this point. There were no trailers and very few details shared regarding the originals that are currently in production. That said, Apple is dumping a ton of cash into getting plenty of big names on board, and I have no doubt that at least a few Apple originals that were teased during the event will be outstanding. But in a crowded marketplace that continues to get even more crowded, that’s not enough. For as little as $9 a month, you get access to Netflix’s massive content library as well as all of its great original shows and movies. For $6 a month, you can stream unlimited content from Hulu’s massive library of popular TV shows. If you subscribe to Amazon Prime, you can access everything in Prime Video for free. On top of all that, Disney (which now owns pretty much everything and everyone) is launching its own streaming service this year with a ton of exclusive content. Now, on top of all that, Apple is going to charge a monthly fee for access to a miniscule catalog of originals? Even if a few are great, it’s still a hard pass.

That brings us to Apple TV Channels, which is the announcement that I’m personally excited about.

Last year, I finally cut the cord. I simply couldn’t bear to pay over $100 a month anymore in addition to Netflix solely to watch a handful of shows and live sports. I initially went with Hulu’s plan that includes live TV, but after a couple of months I found that we weren’t even watching any live TV so I dropped that as well. Now I pay $12 a month for Hulu’s ad-free on demand plan, $13 a month for Netflix’s standard plan, and for some reason my old TV provider login still works so I can watch every network and premium channel’s content in their various apps. The problem I have is the problem many cord cutters have: There isn’t a central location for all of the content I watch.

The great thing about cable and satellite providers’ overpriced TV services are that everything exists in one place. Pick a channel from the guide and you can watch live TV. Set your DVR for any shows you want and all your recordings are accessible from a single page. There are various solutions out there that attempt to mirror this experience, but they’re all terribly convoluted. As someone who uses iOS devices, has a Mac computer, and has an Apple TV HD or Apple TV 4K on every television in my house, Apple TV Channels is exactly what I’ve been waiting for. Well, almost.

It appears as though Apple TV Channels won’t be quite as comprehensive as Prime Video Channel Subscriptions, but my hope is that it’ll get there. Apple’s solution also won’t have access to Netflix content, but that doesn’t come as much of a surprise since Netflix wisely doesn’t want any other companies to have access to its viewership data. As a user it’s definitely a bummer, but I can see where Netflix is coming from. Those limitations aside, the Apple TV Channels interface looks like it’s going to be fantastic. It’ll make it easy to track all the shows you watch, and it’ll give you a single portal through which you can access all (well, most) of that content. I need it, and I need it now.

Apple knows that the era of remarkable iPhone sales growth is over. It knows it has to focus more on services moving forward. There are still plenty of question marks following Monday’s event, but it’s easy to see that the company is investing heavily in high-quality services that could potentially become huge businesses for Apple in the future. It will be quite some time before we know which investments will fizzle and which will pay off. In the meantime, May can’t get here soon enough because I need that new TV app and Apple TV Channels in my life.