Man, Jupiter sure is weird. The gas giant is one of the most-photographed objects in our Solar System thanks to its mesmerizing, swirling cloud tops, but NASA’s latest photo of the colossal planet is even more jaw-dropping than usual.

The photo, which was taken by NASA’s Juno spacecraft, has everything you want to see in a Jupiter close-up. There’s massive cyclones, gorgeous color contrast, and lots of detail hiding within every one of the spiraling storm clouds. It’s images like this that should make everyone very happy that NASA extended Juno’s mission instead of allowing it to plunge to a fiery death in Jupiter’s atmosphere.

As NASA explains in a blog post showing off the photo, the image was captured at a distance of approximately 9,600 miles above the planet’s cloud tops. That might seem like a huge distance, but the planet is so massive that there’s still plenty to see. 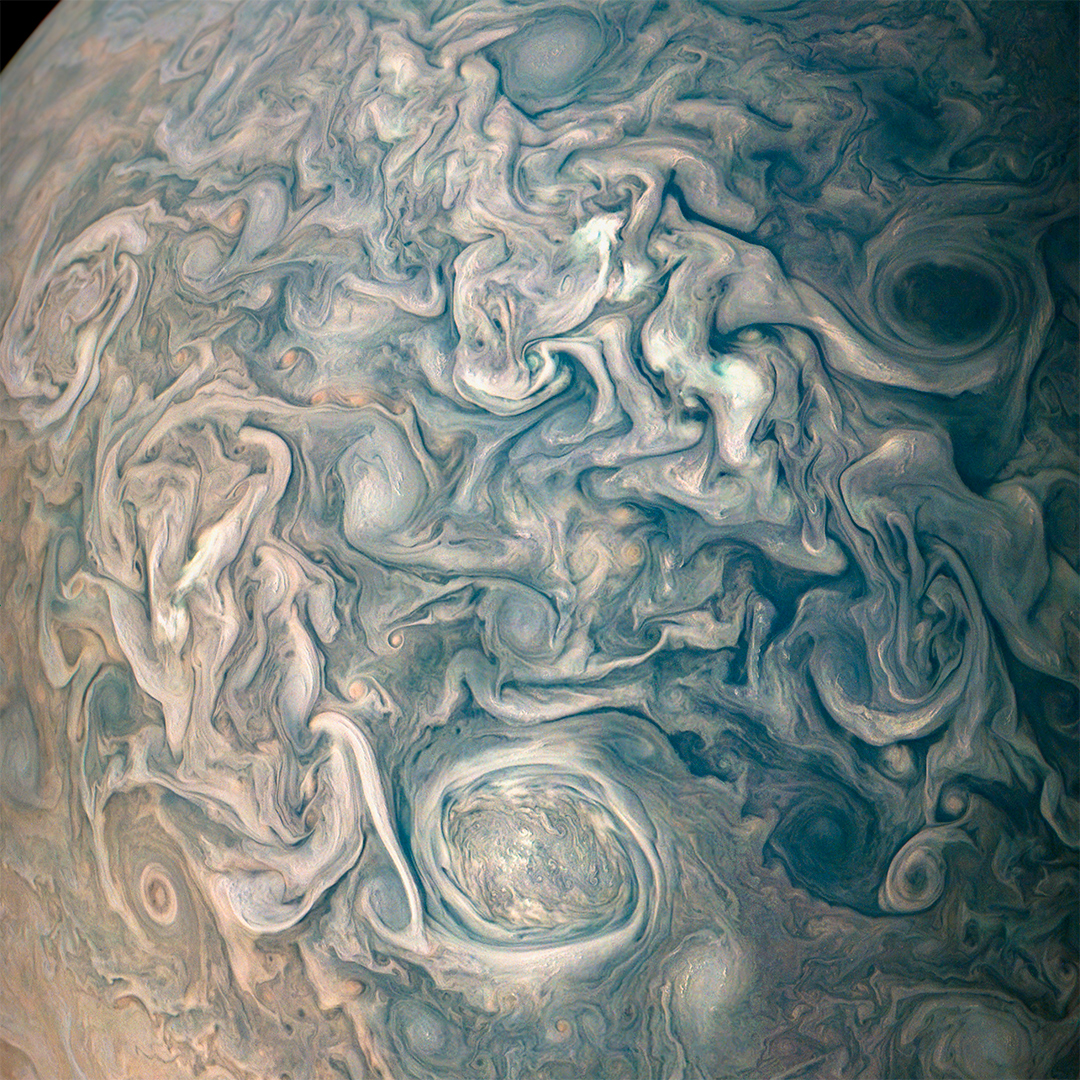 “The region seen here is somewhat chaotic and turbulent, given the various swirling cloud formations. In general, the darker cloud material is deeper in Jupiter’s atmosphere, while bright cloud material is high,” NASA notes. “The bright clouds are most likely ammonia or ammonia and water, mixed with a sprinkling of unknown chemical ingredients.”

There’s lots of tiny, intricate detail hidden between the spinning storm clouds, with countless mini swirls slipping off in all directions as the larger cyclones dominate the upper atmosphere. One of the more interesting features of the photo is the large, brightly colored storm near the bottom of the image.

“A bright oval at bottom center stands out in the scene,” NASA says. “This feature appears uniformly white in ground-based telescope observations. However, with JunoCam we can observe the fine-scale structure within this weather system, including additional structures within it. There is not significant motion apparent in the interior of this feature; like the Great Red Spot, its winds probably slows down greatly toward the center.”

The image you see above didn’t arrive from Juno in its current state, as it was color enhanced and tweaked by photography gurus to bring out as much detail as possible. You can view raw images from Juno at NASA’s JunoCam web portal, which and there’s plenty of eye candy there to enjoy.