Everything Ubisoft announced at E3 2018 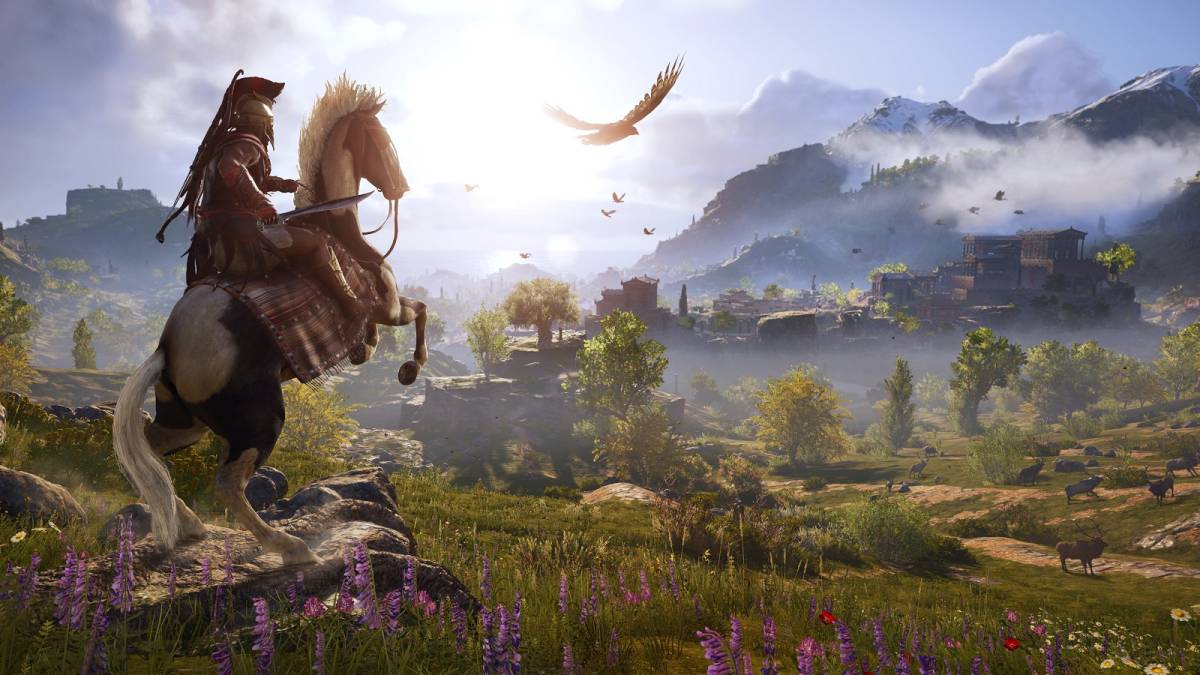 Ubisoft’s biggest surprise might have been spoiled long before its E3 press conference began (thanks to a keychain, no less), but that didn’t stop the studio from putting on one of the most entertaining events so far. Ubisoft’s event was just about evenly split between new game announcements and updates on games that were revealed last year. And even though it already leaked, Assassin’s Creed Odyssey made a good first impression.

Below, we’ve rounded up each and every announcement that Ubisoft made on Monday, complete with all of the new trailers that dropped on YouTube as the show was going on. Best of all, many of these games are actually coming out this year, unlike some of the other press conferences at E3 2018.

The long-running dance series is back this year, and it’s coming out on every platform imaginable: PS4, Xbox One, Switch, PC, Xbox 360, Wii U, and even the Wii. When it launches on October 23rd, it will feature over 40 brand-new songs, and there will be over 400 more songs available with a dance-on-demand subscription.

Beyond Good and Evil 2

Beyond Good and Evil 2 is still a ways off from release, but we did get to see a stunning new cinematic along with some pre-alpha gameplay on Monday. We also learned that Ubisoft is partnering with Joseph Gordon-Levitt’s HitRECord program to allow anyone to submit songs, art, and more for the game.

Visit iconic locations around the world in the new Trials game from Ubisoft. You can register now for the closed beta at trialsgame.com. Trials Rising will be available on PS4, Xbox One, Switch, and PC in February 2019.

Agents will be able to pick a specialization once they complete the campaign. As you progress with your specialization, you will unlock new skills and weapons. And for the first time, up to eight players can partner up for raids in The Division 2. Three DLC episodes will be released in Year One of The Division 2, and they’ll all be free for everyone. The Division 2 will arrive in March 2019 for Xbox One, PS4, and PC.

Alongside an on-stage musical performance, Ubisoft debuted the trailer for Mario + Rabbids’ Donkey Kong Adventure DLC, which is coming out on June 26th for the Switch. There will be four new zones featured in the DLC, and there will be entirely new gameplay elements introduced as well.

It won’t be out until sometime undetermined time next year, but pirate simulator Skull & Bones is getting a PvPvE mode called Hunting Grounds in which players can explore the Indian Ocean hunting for treasure while teaming up with other players, going it alone, or taking on everyone else they run into on the open seas.

We were introduced to the psychological thriller Transcendence last year, but we actually got to see the game in action at E3 2018. Unfortunately, it didn’t really shed much light on how the game will actually play, but we know that it’s a first-person exploration game in which you’ll be solving puzzles and uncovering a dark plot.

We got to see more footage of the toys-to-life game Starlink: Battle for Atlas at E3 2018, but we also learned that Ubisoft and Nintendo are teaming up to bring Star Fox to the game. You’ll be able to fly around in an Arwing as Fox himself. Also Miyamoto showed up and got his own little Arwing figurine. Star Fox will be an exclusive Nintendo Switch experience, but the game will be available on October 16th, 2018.

You can download the For Honor: Starter Edition free on PC from June 11th – June 18th via Uplay. Also, Marching Fire, an expansion with an Eastern theme, comes out on October 16th. Includes a new faction, four new fighters, and more. Finally, there will be a new mode called Breach, bringing 4v4 castle siege battles to the game.

If you want to know more about The Crew 2, check out our preview. The Crew 2 launches on June 29th.

Assassin’s Creed Odyssey will be the first game in the series to let you choose from two playable characters at the outset. You’ll play through the entire game as either Alexios or Kassandra. All in all, Odyssey looks a lot like Origins, but considering it’s only been a year, that makes sense. They’re clearly built on the same foundation. Assassin’s Creed Odyssey will be out on October 5th, as the series returns to a yearly release schedule.