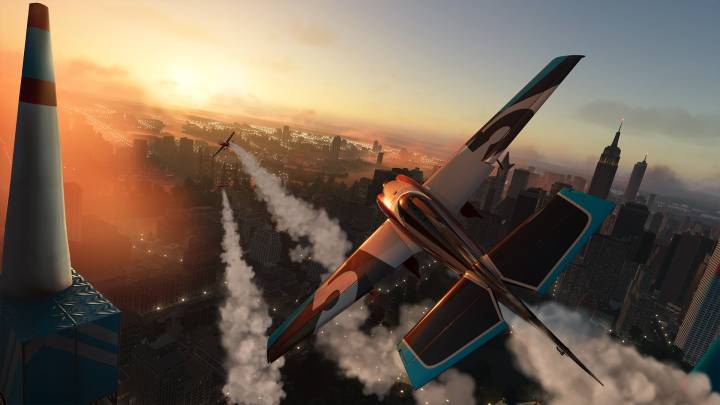 The Crew was one of the more ambitious games of the console generation when it launched in 2014. Developed by Ivory Tower and Ubisoft Reflections, the racing game pushed the limits of the open world by allowing players to drive from coast to coast through a scaled-down recreation of the US. Dozens of cities and landmarks were present, giving players the feeling of a cross-country road trip as they tackled objectives in an extensive story-driven campaign.

But in spite of its ambition, the failure of the The Crew was oddly simple: It just wasn’t fun to play. On top of a variety of technical issues, the AI was prone to vicious rubber-banding, the vehicles themselves felt floaty and unresponsive, and players had to be online to play the game at all, no matter what they were doing in-game.

So nearly four years later, you can understand why I was cautiously optimistic when walking into a demo session for The Crew 2. Given the amount of time that Ivory Tower (the sole developer of the sequel) has had to not only address the first game’s issues, but become more familiar with development for the PS4 and Xbox One, it seemed inevitable that the follow-up would be a significant step up over the janky original. And in many ways, it is.

The two most substantial changes from The Crew to The Crew 2 will be evident within moments of starting.

First off, the story of the first game’s campaign has been stripped for parts, leaving a bare-bones plot in its place that basically serves to get you from point A to point B. Rather than stepping into the shoes of a character with a backstory and personality, you will create your own character to take on the game’s myriad missions in any order you choose on your way to becoming a champion. It’s more in the style of Forza Horizon than Need for Speed.

When you first step into the world of The Crew 2 (which takes place on a similar truncated map of the US as the original game, albeit with some major alterations and additions), you’ll be given the opportunity to join four different motorsports families: Freestyle, Street Racing, Pro Racing and Off Road. Each of the families offer unique types of missions and races, and the more fame you acquire, you more missions you’ll unlock across the map.

Speaking with a member of the Ivory Tower development team, I learned that one of the most frequent requests from players of The Crew was to be given the freedom to make their own stories. Apparently, the linearity of the first game turned enough fans off that Ivory Tower decided it would be best to follow in the footsteps of its peers and let players loose on the massive virtual landmass it built, rather than craft another guided experience. 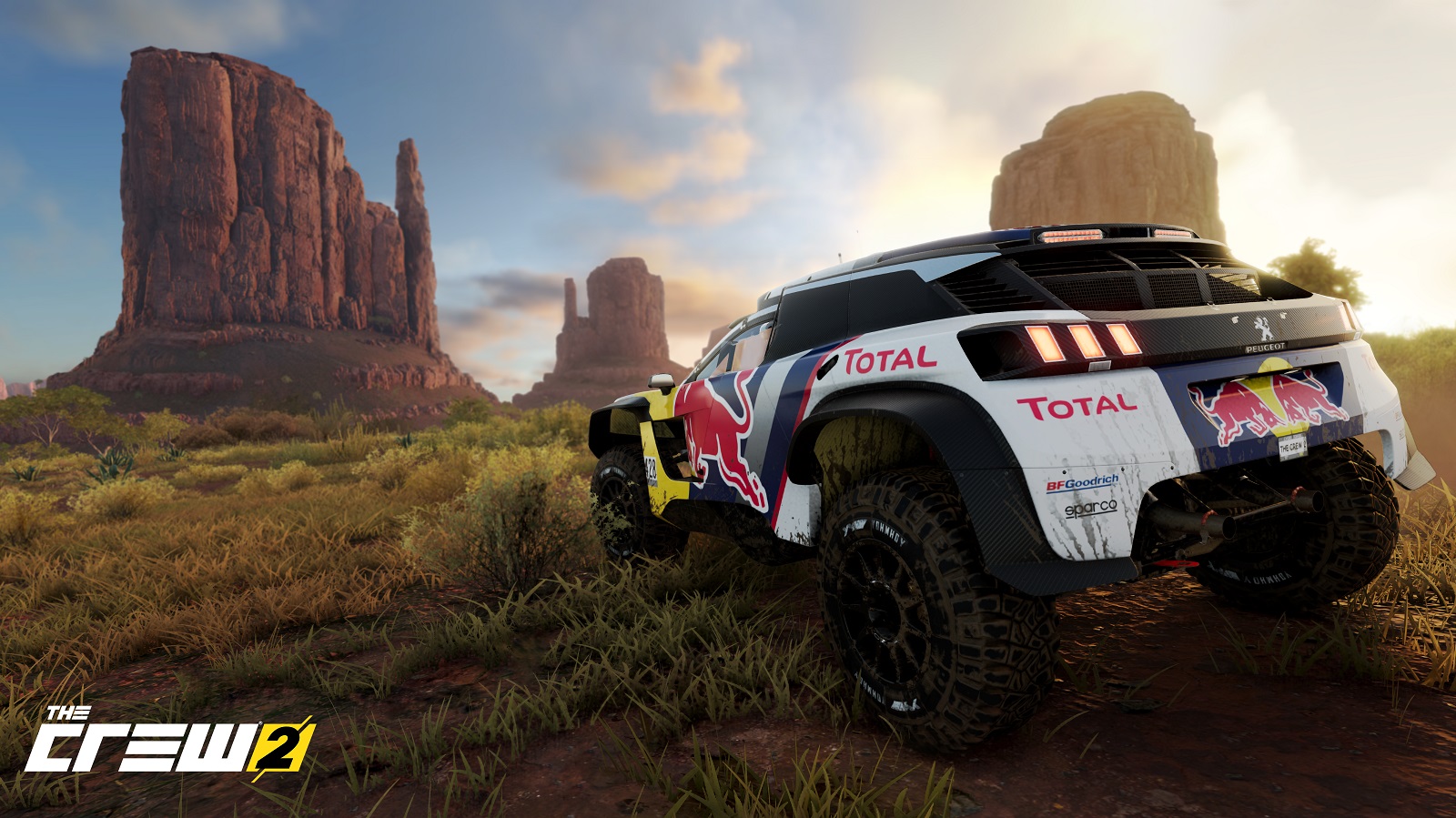 Having only spent a few hours with The Crew 2, it’s far too early for me to decide whether or not this radical shift is a success, but I do think it fits the spirit of the game better. Speaking of the spirit of the game, the other crucial change in the sequel is the ability to operate a wide variety of vehicles, including planes, boats, and off-road buggies.

Providing players with such a vast world only to restrict them to the ground never made much sense, so Ivory Tower decided to allow players to take to the sea and the sky as well in the sequel. That alone would have been a welcome inclusion, but the way in which the studio implemented the new vehicles is what stands out. While there are plenty of events scattered throughout the map specifically for cars, boats, or planes, but as you are exploring the open world, you have the ability to swap between the three at will with the press of a button.

I’m not exaggerating when I say I could have spent hours racing down a city street at full speed in a sports car with a building fast approaching only to morph into a jet at the last moment and swerve out of danger. Then, moments later, I would find myself gliding over a lake or a river and realize I could plop into the water with the boat I had saved to my Fast Fav menu (where you can keep one of each type of vehicle for quick access at all times). 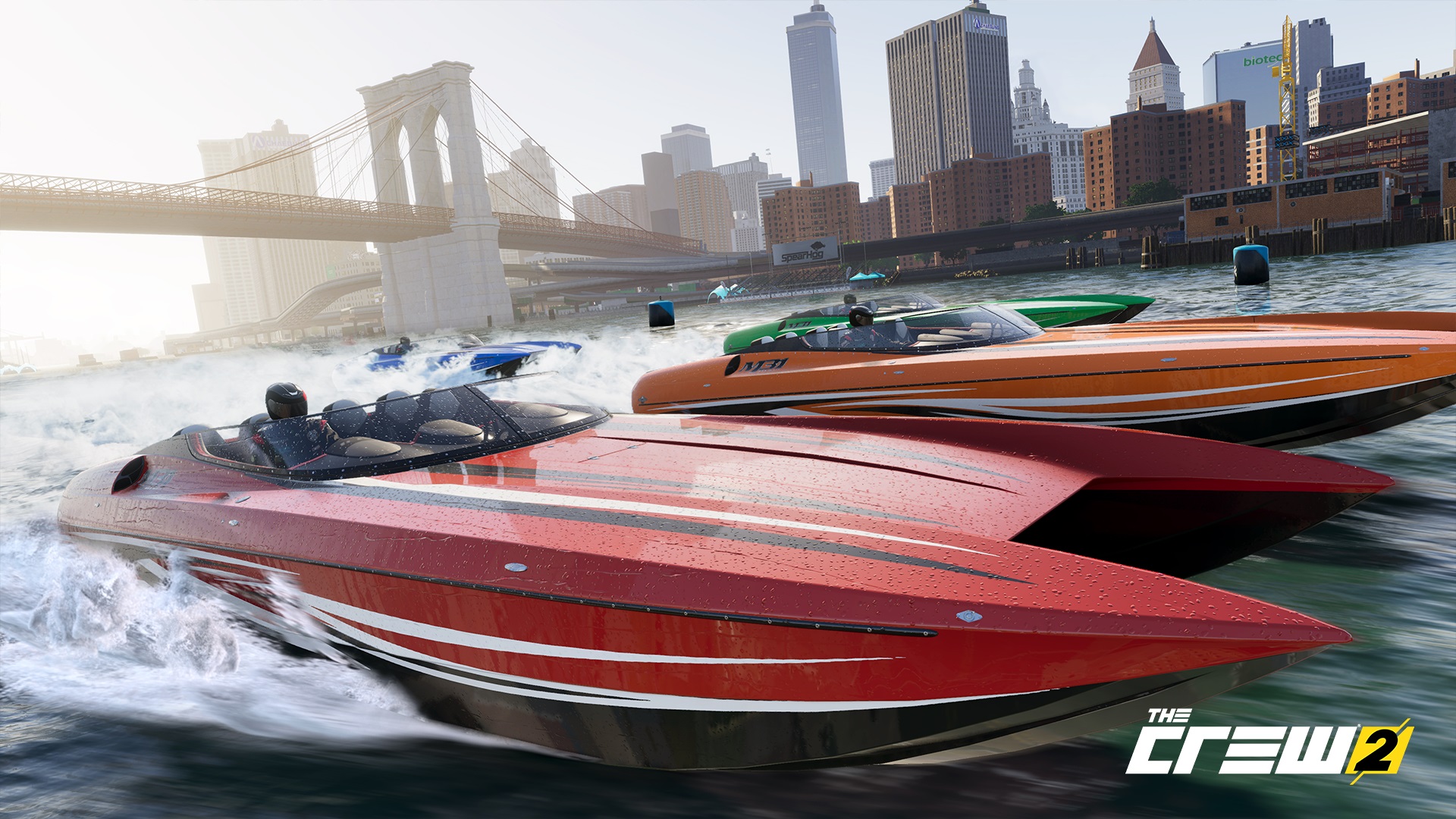 And yet, as enthralled as I was with the vehicle switching and the open-ended campaign, I was most relieved to find that the mechanics of the game have been completely overhauled. The Crew 2 isn’t going to give the best racers on the market a run for their money, but the act of maneuvering the vehicles is significantly more pleasant than it was in the first game. I didn’t feel like I was sliding all over the road like a bar of soap, which is a major upgrade.

I also didn’t notice quite as much rubber-banding from the AI opponents, though it did seem nearly impossible to lose them, no matter how well I raced. Furthermore, the boats and the planes are mechanically sound too. They’re fresh enough to not feel identical to the cars, but you won’t be lost or confused when switching between them.

I’m somewhat concerned about the longevity of The Crew 2, as the map isn’t as dense as many modern open world games with quests and characters and secrets around every corner, but the foundation is solid. Despite having given up on The Crew fairly early on, I walked away from The Crew 2 anxious to jump back in.