Apple’s iPhone X and iPhone 8 event is underway and we’ve already seen a number of intriguing announcements, including a brand new Apple Watch with LTE connectivity and, at long last, an Apple TV with support for 4K streaming. Though an avalanche of information about upcoming Apple products leaked over the weekend, it’s important to remember that nothing is ever official until Tim Cook and co. actually announce it on stage.

That said, Apple just a few moments ago officially introduced the iPhone X, the company’s most advanced smartphone by a wide margin. In fact, it’s fair to say that the iPhone X is the most anticipated iPhone model we’ve seen since the original first launched all the way back in 2007.

“The iPhone X is the biggest leap forward since the original iPhone,” Tim Cook said. And with good reason, the iPhone X is easily the sleekest iPhone we’ve ever seen.” 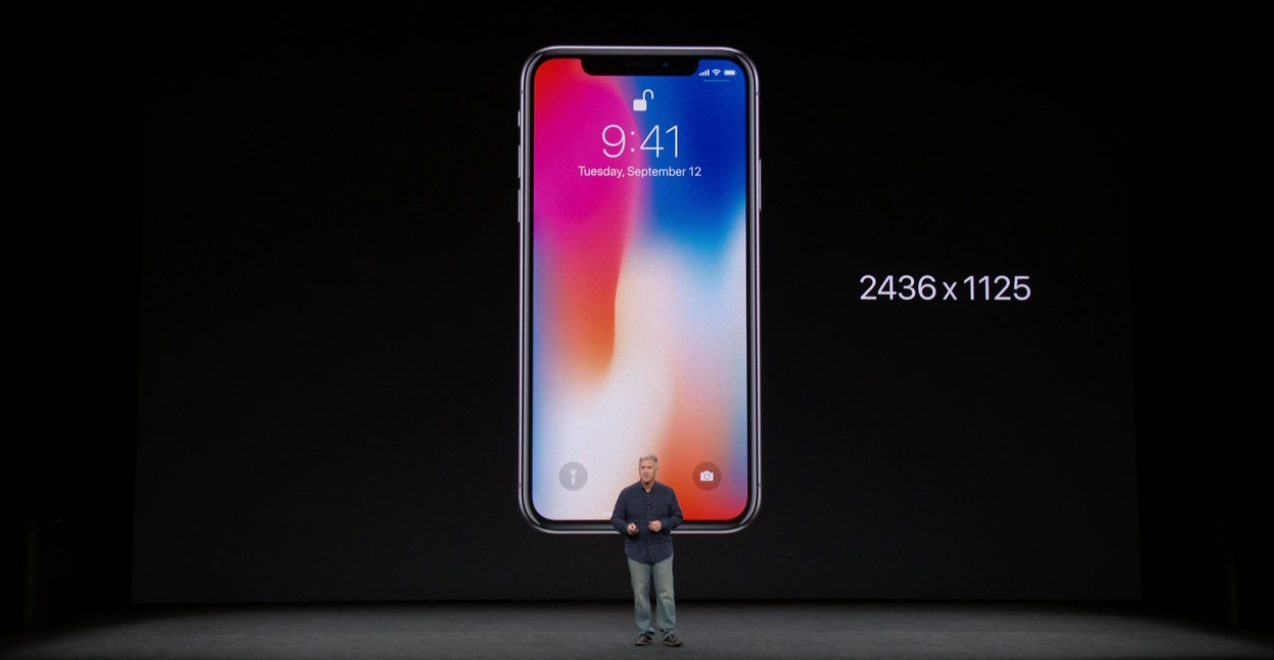 Interestingly, the iPhone X boasts something Apple has dubbed a Super Retina display, a technology Apple calls a breakthrough in mobile displays. The iPhone X display is 5.8-inches and boasts a resolution of 2436 x 1125, giving it a ppi of 458. By way of comparison, the iPhone 7 Plus shipped with a ppi of 401. As for image quality, Apple notes that the iPhone X display will deliver improved color accuracy, contrast and more. The iPhone X will feature True Tone technology and, as you may have head, will be the first iPhone to ever ship with an OLED display.

“”iPhone X is the future of the smartphone,” Phil Schiller said in a press release. “It is packed with incredible new technologies, like the innovative TrueDepth camera system, beautiful Super Retina display and super fast A11 Bionic chip with neural engine,” said Philip Schiller, Apple’s senior vice president of Worldwide Marketing. “iPhone X enables fluid new user experiences — from unlocking your iPhone with Face ID, to playing immersive AR games, to sharing Animoji in Messages — it is the beginning of the next ten years for iPhone.”

With no home button to be found, users can tap on the display to wake it. And to access the home screen, users can simply swipe up from the bottom of the display. As previously rumored, activating Siri has been moved to the side button. Incidentally, activating Control Center now requires a user to swipe down from the top of the display.

Curious how one unlocks the iPhone X with no Touch ID functionality? Well, simply use a new technology Apple has dubbed Face ID that allows users to unlock their device with their face. In turn, the front of the iPhone X is jam-packed with a slew of sensors, including an infrared camera, a flood illuminator, a proximity sensor and more. Making this all possible, Apple notes that Face ID relies upon specialized version of the A11 Bionic processor.

Not to worry, Apple claims that Face ID will continue to work seamlessly if you change your hairstyle or even grow a beard. What’s more, the technology is said to be impossible to fool with photos and even masks created specifically with the intention of fooling the software. Notably, Face ID will work with Apple Pay seamlessly.

One of the more intriguing new features of the iPhone X is something Apple calls Animoji. Using the iPhone X’s advanced face tracking software, users can impart their own facial expressions onto traditionally static emojis and bring them to life.

As for the cameras, the iPhone X delivers in a major way. As anticipated, the back of the device features 12 megapixel dual cameras. The camera sensors are said to be larger and faster and also feature dual optical image stabilization, improved low-light zoom, and improved video stabilization. Touting the iPhone X’s camera, Phil Schiller added that the device features Quad-LED True Tone flash and “2x better uniformity of light.” The front facing camera also received some love, with the inclusion of portrait mode selfies.

iPhone X battery life is particularly impressive, with Apple claiming that it lasts 2 hours longer than the iPhone 7. And much like the iPhone 8, the iPhone X will support wireless charging on the Qi charging standard. Curiously, Apple calls the technology AirPower, a name that people will either love or hate.

Of course, all of this advanced technology won’t come cheap. The entry level iPhone X will cost $999 and will offer 64GB of storage. A pricier model will offer up 256GB of storage. Pre-orders begin on October 27 and will begin shipping on November 3.

With the new iPhone 8 models and the iPhone X in the mix, other models in Apple’s iPhone lineup received a nice price cut. The entry level iPhone 7, for example, is now $549.

Tweet
Apple officially unveils the iPhone 8 and iPhone 8 Plus