We go about our lives here on planet Earth — doing our jobs, cashing paychecks, and raising families — and most of the time we don’t question just how important we are. The jury is still out on whether life has meaning or if it’s just a quirk of the universe, but a new photo captured by NASA’s Hubble Space Telescope sure will make you feel small. 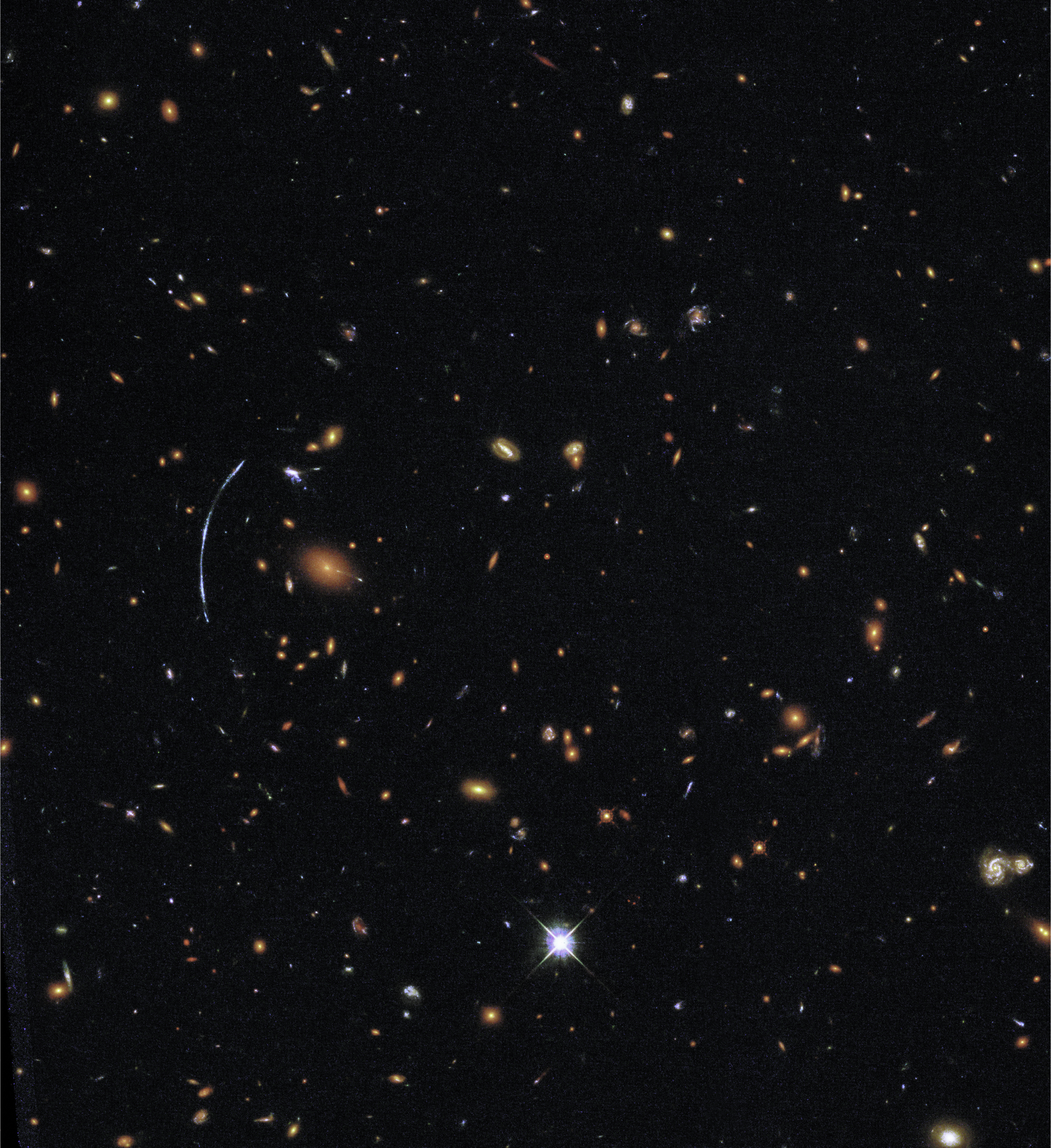 The image shows the galaxy cluster known by the decidedly clunky name SDSS J1110+6459. It’s a massive collection of hundreds of galaxies that are situated some six billion light years away, give or take a few eons. It’s a colossal collection of star-building space engines with countless planetary systems and world beyond our imaginations. The question of what is out there — planets hosting intelligent life, or even civilizations far more advanced than our own — may never be answered, but the possibilities are quite literally endless.

Of particular note in the image, the bright blue arc shape in the right hand side of the frame. It might appear to be the edge of something, but it’s actually a background galaxy whose light has been bent and twisted by the gravity of the galaxy cluster in front of it. That background galaxy, called SGAS J111020.0+645950.8, is particularly hard for scientists to study due to its obscured position, but it’s thought to contain newborn stars and lots of unorganized dust.

Sometimes it’s nice to have a little perspective of our place in the universe. We all still have to go to work on Monday, but at least you’ll know exactly how insignificant those TPS reports really are.