There’s a giant hole on Mars, and scientists can’t figure out where it came from

Humans have now had rovers active on Mars for almost two full decades, which is enough time that we’ve learned plenty about the Martian landscape. We know all about the soil, the geography, and even the places where water most likely flowed free on the surface of the red planet at one time, but we still don’t know everything. One place in particular, in the souther hemisphere of Mars, is giving scientists some serious grief. It’s a massive pit, and nobody knows how it got there. 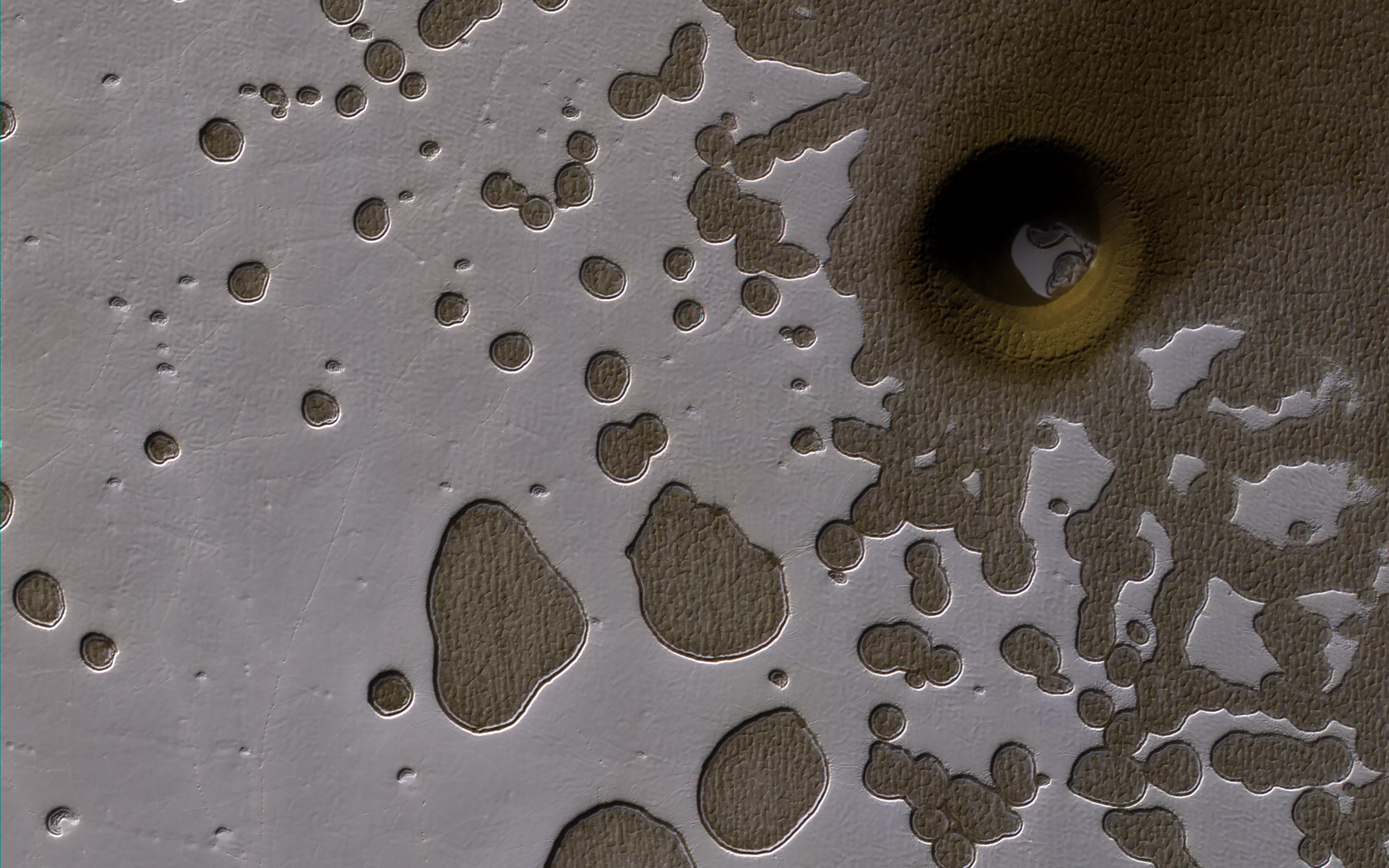 Located in an area of the planet nicknamed “Swiss Cheese” thanks to its pockmarked ice fields — made of carbon dioxide, not H2O — the pit is confusing for a couple of reasons. For one, it doesn’t show the telltale signs of being caused by an impact, and there isn’t a well-defined debris field. If it is indeed a crater caused by an asteroid striking the planet, much of its character has long since worn away.

The other theory on the table is that it could be simply a recess in the terrain caused by a collapse underneath. If that’s the case, the cause could be any number of things, including flowing water or even lava. Such a determination would likely need to be made by studying the feature close-up, but unfortunately the rovers currently cruising around the planet aren’t exactly in a position to make an impromptu visit.

For now, the mysterious pit will remain an anomaly, and we’ll all be left wondering if it’s just a run-of-the-mill geographical quirk, or if a race of gigantic space worms once roamed the red planet.