Apple’s 2017 iPhone lineup is poised to be the company’s most interesting and ambitious yet. By the time September rolls around, it’s widely believed Apple will release three brand new iPhone models: an iPhone 7s, an iPhone 7s Plus, and last but not least, the highly anticipated iPhone 8.

While the iPhone 7s and 7s Plus will sport the same form factor as the iPhone 7, the iPhone 8 will introduce a completely new design, complete with an advanced edge-to-edge 5.8-inch OLED display that will essentially take up the entire front end of the device. In fact, reports from the rumor mill suggest that the bezels surrounding the iPhone 8 display will only be about 4mm all around, a tidbit seemingly confirmed by our exclusive look at an iPhone 8 dummy model earlier this week.

With June right around the corner and the finalized iPhone 8 design likely locked down at this point, there’s a good chance that the number of leaked iPhone 8 moldings and schematics will rise significantly in the weeks and months ahead of the iPhone 8 release. To this point, Slashleaks today points us to a new series of photos — originally sourced via Weibo — which show us three different iPhone molds corresponding to the three new iPhone models Apple will release later this year. 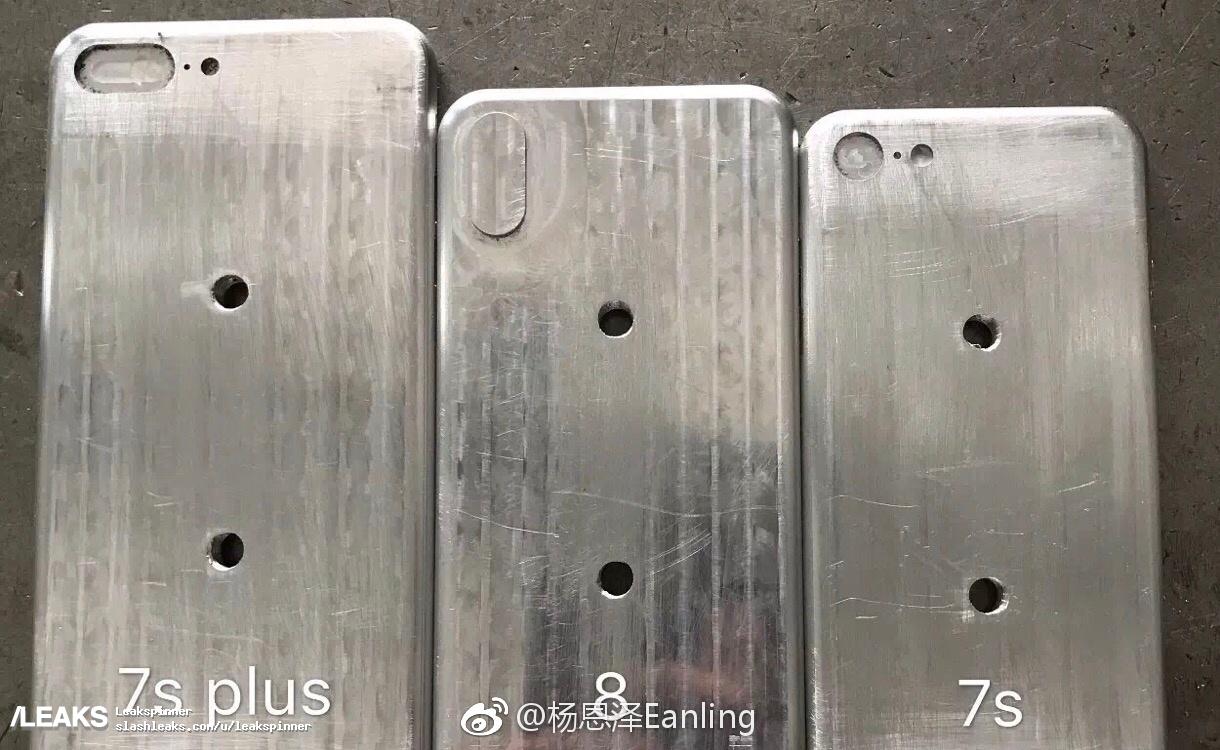 Another point worth noting is that the camera module on the iPhone 8 is oriented vertically, a design which echoes a number of leaked schematics and designs we’ve seen over the past few months. It’s widely believed that the vertical orientation of the iPhone 8’s camera module has to do with the rumored augmented reality features Apple is planning to show off later this year.